The Stockton neighborhood didn't have its own library. Several school and recreation reports between 1910 and 1945 recommended the expansion of the school toward The Oval with a community library as part of the mix but it never happened. 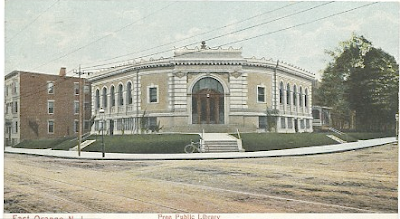 But we were only a half-mile from both the Ampere Library and the Main Library, and some of my earliest memories were of my mother pushing me to the Ampere Library in my stroller in the late 1940's so she could stock up on the murder mysteries she loved to read. The Ampere branch was much less imposing than the Main Library and, unlike the Main, there were no hills to deal with to get there, so it was also my library of choice when I started going by myself. In the late 1950's my mother was once again pushing the stroller to the Ampere Library with my younger brother. Libraries have always been very important to our family. 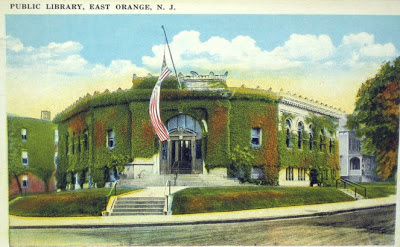 We moved from the neighborhood in December, 1959 to SC, but in February, 1961 I was excited to see the East Orange Library system make national news... newspapers, magazines, and tv: people with overdue books who had ignored letters and even court summonses were arrested at their homes. Life magazine carried the story as a spoof with these mocking dramatic photos: 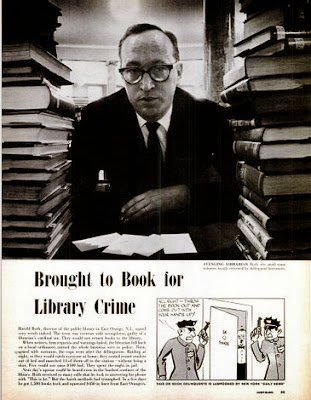 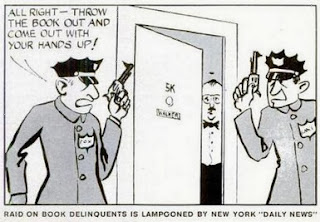 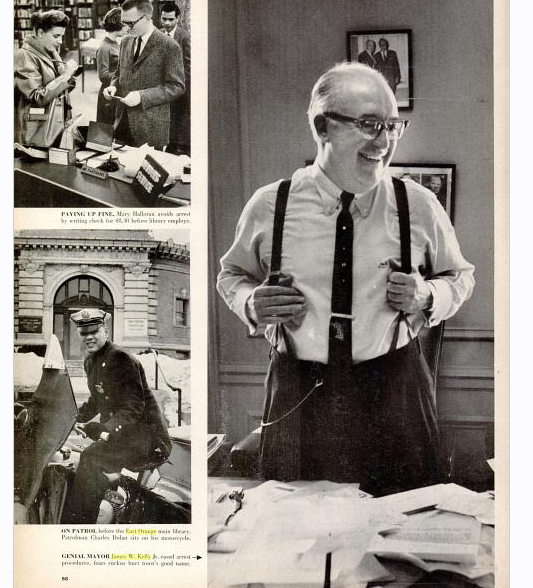 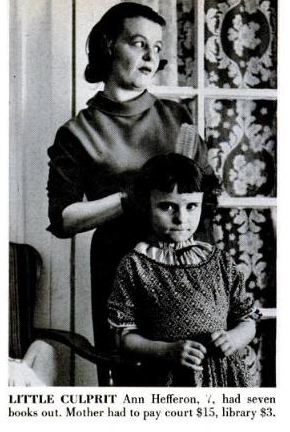 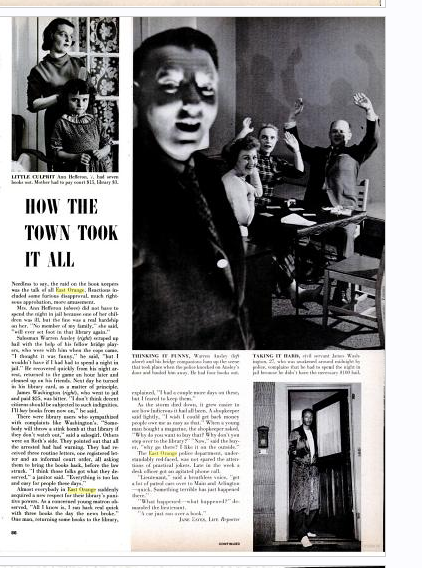 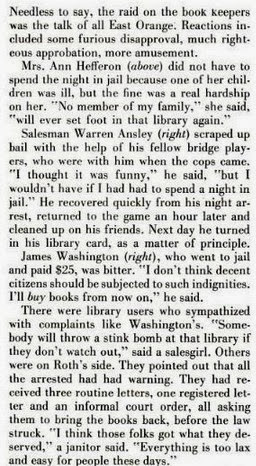 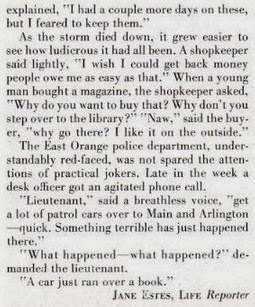 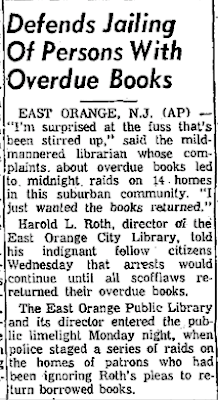 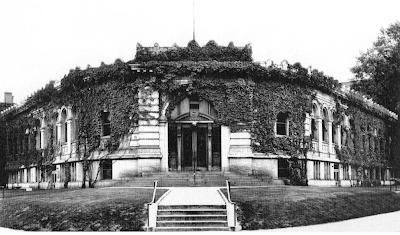 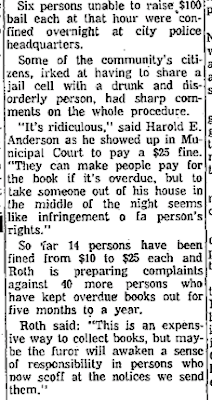 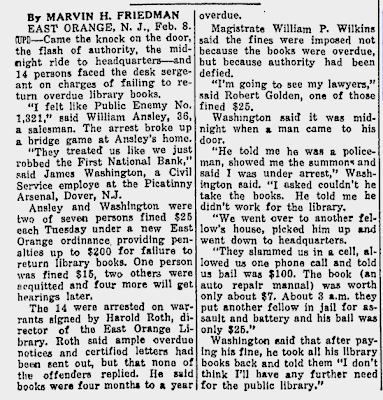 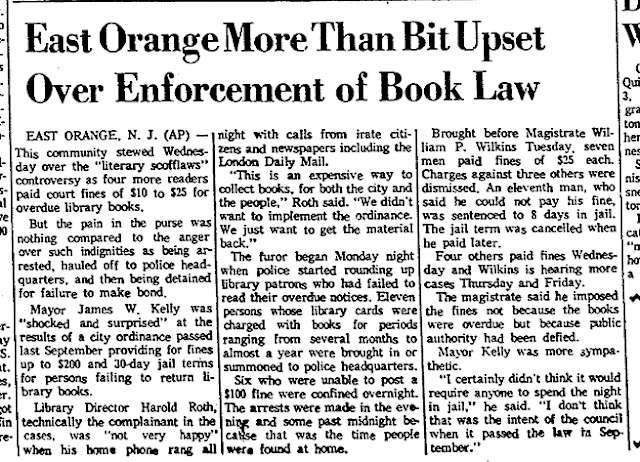 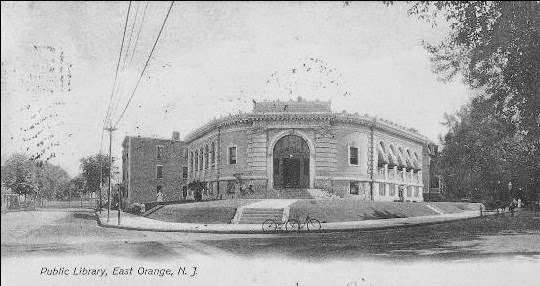 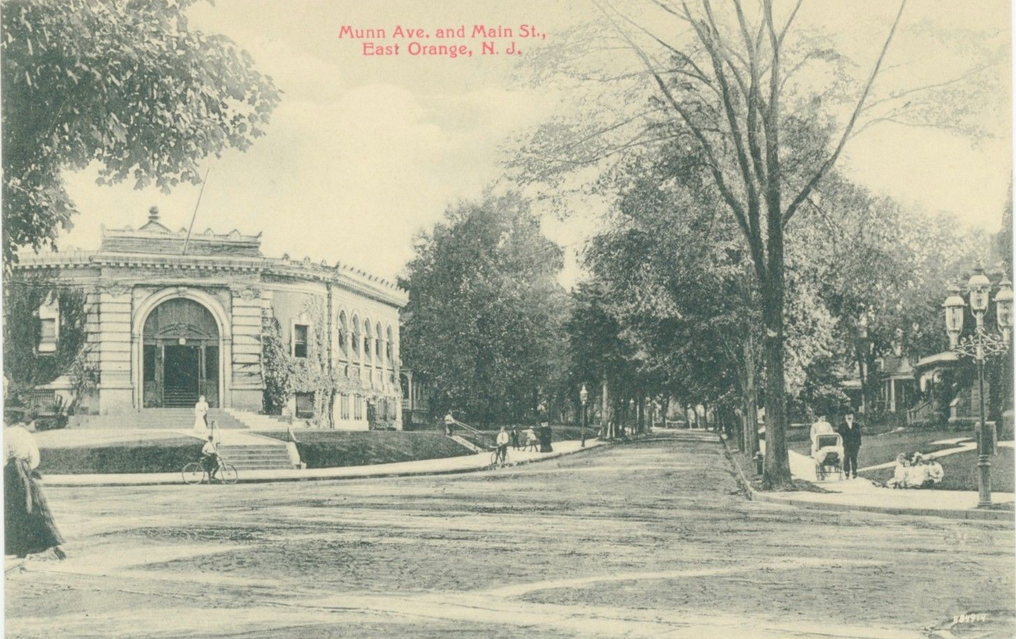 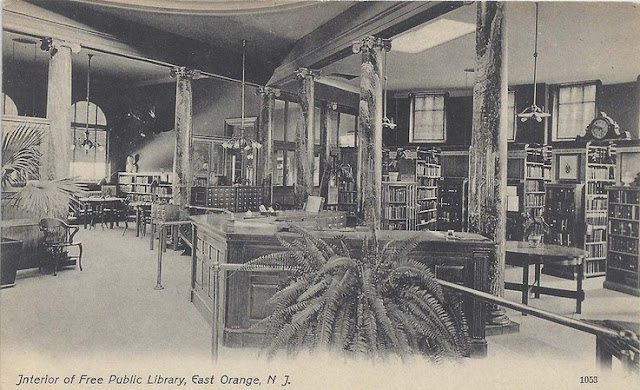 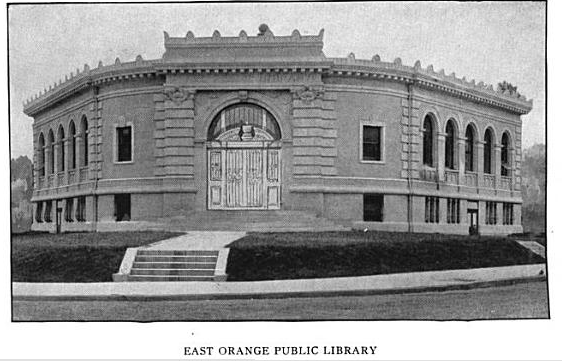 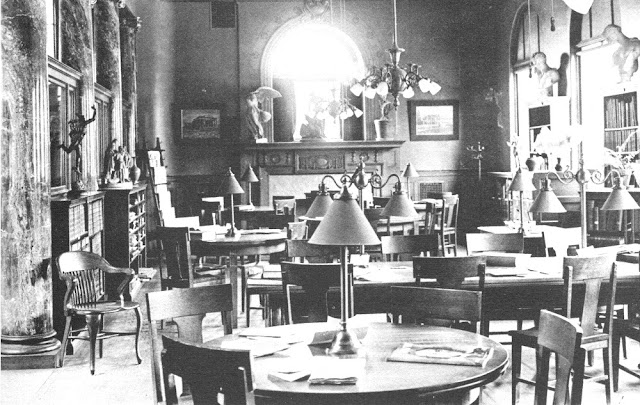 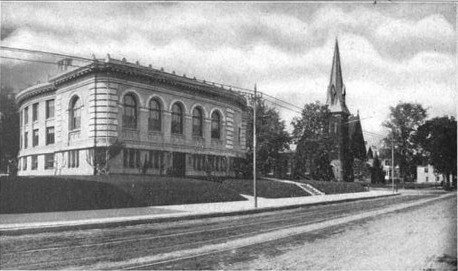 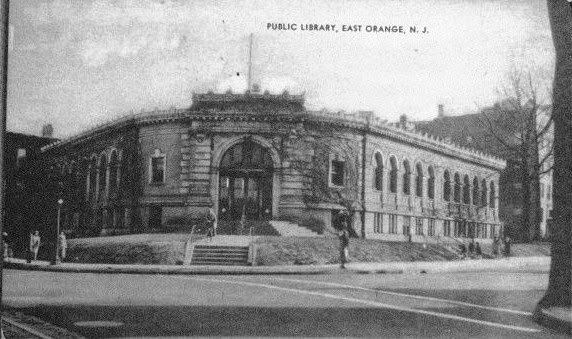 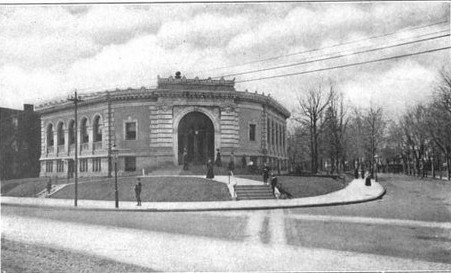 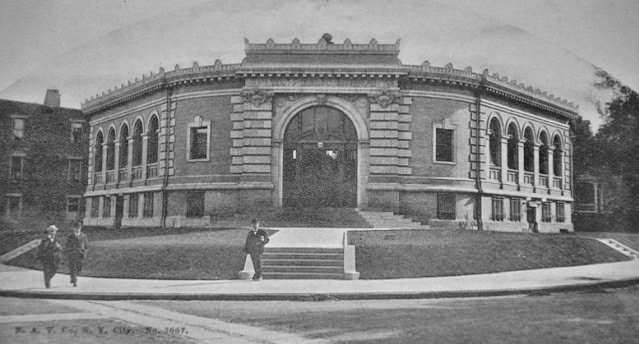 Below: postcard photo with 1929 postmark 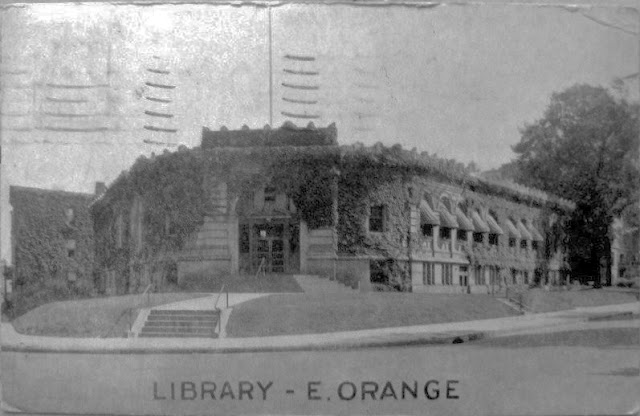 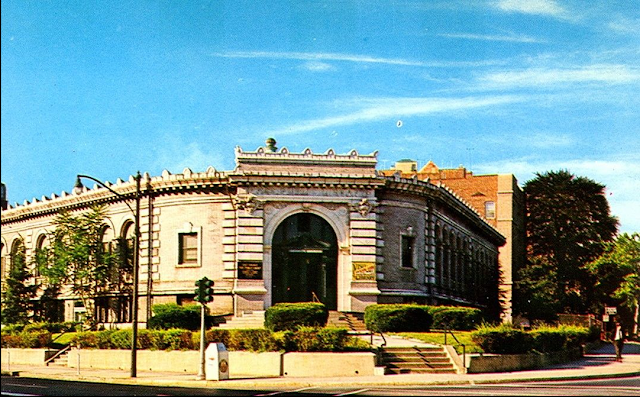