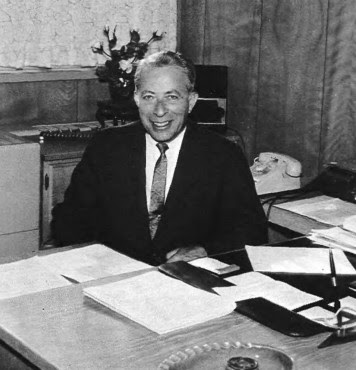 Above: from the 1967 East Orange High School yearbook when Dr. Hayward was Assistant Superintendent of East Orange Schools

Dr. W.  George Hayward (Ed.D, 1940) was principal of Stockton (and Eastern School) from 1953 to 1955. He followed John Thomas Greenan and preceded Paul Alfred Shelly. In 1931 Dr. Hayward is listed in a Columbia University catalog with a B.S. from Rutgers in 1930 and as a student in the masters program of Columbia. In 1934/35 and 1937/38 he's listed as a student at Columbia with an A.M. degree, possibly working on his doctorate.

In the 1940 census he's listed as living at 21 Whittier Street in East Orange with wife Mabel and daughters Doreene and Geogeanne.

In 1936 (although one education article in 1937 shows him with Hohokus Township Public Schools in Mahwah) he was appointed principal of Elmwood School in East Orange and in 1947 he is listed in a Lehigh University (Bethelehem, PA) catalog as both principal of Elmwood and an instructor at Lehigh. By the late 1950's he was Assistant Superintendent of Schools in East Orange, retired from the school system in 1967, and in 1969 he was a professor of education in the masters program at Monmouth College with a Red Bank newspaper article emphasizing that his credentials lent weight to that college's masters program.

Photos below are from the July 16, 1948 issue of the Lehigh University newspaper, The Brown and White. 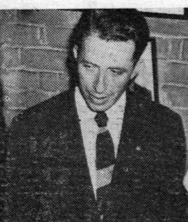 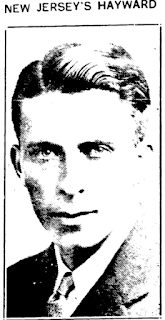 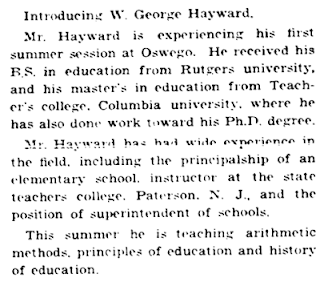 Above: photo and article from the newspaper of the
State Normal School at Oswego, NY, July 1936
Posted by Jeff S at 5:30 PM