In the following 1955 letter, Mrs. Inez Louise Wilcox Dennison briefly describes her education and career which included being a teacher at Stockton, "the beautiful new school," during its first year, 1905/06. Mrs. Dennison was born in 1881 and died in 1961. Her letter mentions that she started her time in East Orange at "Eastern Grammar School" in 1901. 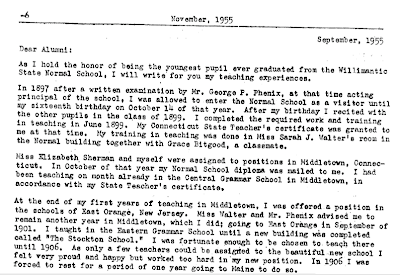 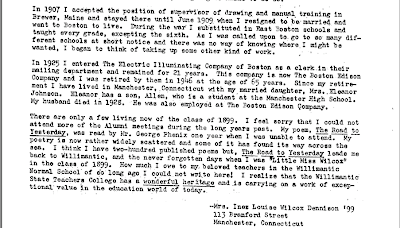 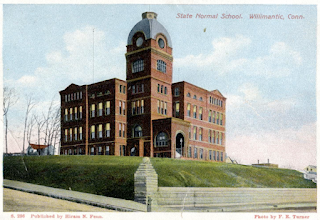 Above: 1905 postcard photo. Willimantic Normal* School was established in 1889 and eventually had its own campus around 1895.

*A "normal school" was a school created to train high school graduates to be teachers. Its purpose was to establish teaching standards or norms, hence its name. Most such schools are now called teachers' colleges; however, in some places, the term normal school is still used. (from Wikipedia)