Singer-songwriter, folk musician Woody Guthrie was hospitalized at Greystone Park Hospital in Parsippany, NJ from May 1956 to April 1961 suffering from Huntington's disease. 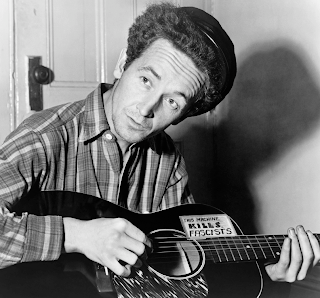 More about the Sunday visits 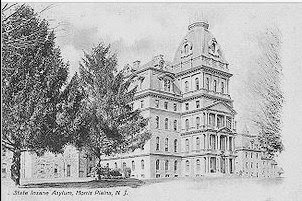 Greystone (above in a very early photo)  received recent notice as the exterior shot of the hospital (referred to as Mayfield Psychiatric Hospital) where the tv character Dr. Gregory House went in the final scene of season 5 and where he is in the first episodes of the sixth season of the tv show House. 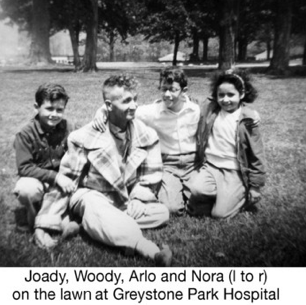 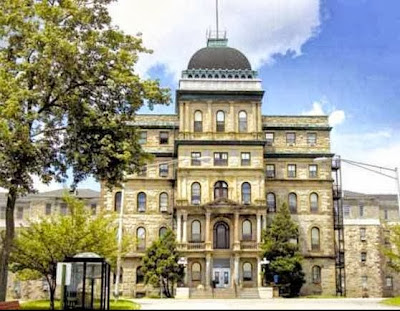