Robert Zimmerman, later known as Bob Dylan, arrived in New York City from Minnesota in January 1961 with the intent to perform in the NYC folk scene, but also to track down and meet influence and idol Woody Guthrie. 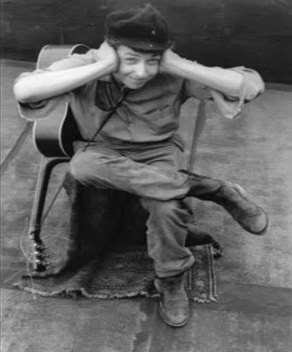 Dylan soon discovered that the best way to meet Guthrie was to travel to East Orange on a Sunday afternoon to the apartment of Bob and Sidsel Gleason at 182 North Arlington Avenue near the southeast corner of Park Avenue and North Arlington Avenue, and  Dylan met Guthrie there for the first time on Sunday January 29, 1961. (date from Woody Guthrie: Writing America's Songs by Ronald D Cohen) The Gleasons had been hosting Guthrie's outpatient visits for several years from Greystone Park Hospital where he was being cared for as he suffered from Huntington's disease.

Dylan continued to visit the Gleasons and over several weeks in February and March he recorded a group of cover songs there under the title East Orange Tape aka Gleason home tape ( Remember Me  from that tape along with early photos of Dylan). While Dylan hadn't been in NYC very long, he was quickly disappointed with the reception to his performances, began performing at a coffee house in East Orange and in May he hitchhiked back to the Midwest for a month. 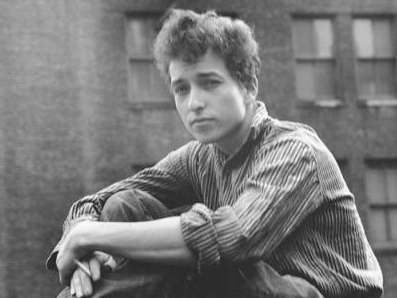 He wrote a song called Talkin' New York in which he described New Yorkers' derisive reactions in early 1961 to his performing style and he ended the song with a humorous allusion to his time in East Orange combined with his Midwest trip:

"So one mornin’ when the sun was warmI rambled out of New York townPulled my cap down over my eyesAnd headed out for the western skiesSo long, New YorkHowdy, East Orange"

He also wrote a satirical song, well, monolog, called East Orange, New Jersey (link is to his performance of East Orange at the Gaslight Cafe in NYC, September 6, 1961) about his experience at the coffee house, The Cave* which was on Main Street in East Orange near the SE corner of Main Street and Halsted Street:


First time I ever worked in East Orange, New Jersey --
Folks, never go to East Orange, New Jersey,
It's a horrible town.
I once had to play in a coffeehouse out there.
It was so bad -- uh -- so bad,
People playing chess out there -- uh --
It's all they thought about
Was chess 'n' chess 'n' chess.
People come up to me
You play a song, you play a real quiet song
In the middle of the song ya hear "check"
And "Hey, that was a good move"
And all kinds of stuff like that.Yes, folks, it was so bad I had a little dream out there
The first night I worked,
About this chess playing stuff.
I dreamed I went to work out in East Orange, New Jersey,
And -- uh -- about the time I quit in two days
I went there to ask the guy for my money,
"I worked two days for you"
He says, "Uh, well, o.k., we don't pay money around here, though."
I says, "Uh, yeah?" He says, "Uh, well"
He says, "Uh, we pay chessmen."
I said, "Uh, well, gimme my chessmen then. I worked for two days."
I was sort of -- didn't really figure --
I thought he was lying at first,
But I took it anyway.
He gave me a king and a queen for working two days.
I says, "Uh, fine, that's o.k."
So I took my king and queen, went down to a bar, the nearest bar I could find.
I walked in the bar and ordered a pint.
Down the bar, the bartender,
I says, "Can I have a pint?"
I'll be damned, he give me a pint.
He asks me for the money,
I gave him my king and queen.
I'll be damned, he took that king and queen,
Threw it under the counter,
And brought me out four pawns, two bishops, and a rook for change.
Little story about East Orange, New Jersey.

Promoter Jerry Schoenkopf, an owner of The Cave in 1961, writes "The real story is Bob came to East Orange every weekend for 4 or 5 months. He got paid in money, not much, but money. There was a lot of chess playing going on. Bob was loved and his music was greatly admired and appreciated. I met Bob at Gerde's Folk City hootenanny on a Monday night and asked him to play at our coffee house in East Orange, The Cave. He did." 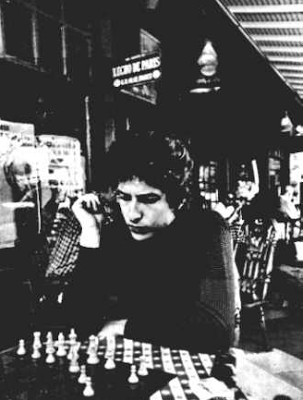 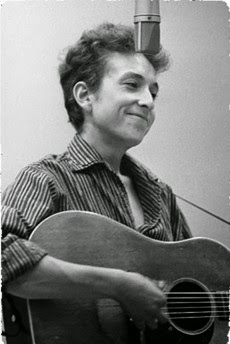 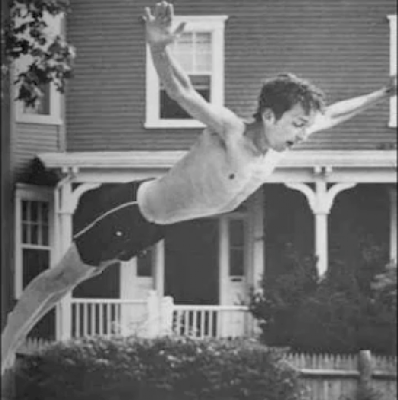 *The 1961 East Orange High yearbook references The Cave in a prediction about the 1961 graduates:

"As a late arrival opens the door of East Orange's famous cafe "The Cave," his
eyes become accustomed to the smog-like atmosphere and he smells the pungent
espresso coffee perking in time with the beats of the bongos.
Jimmie Hooper's "Hippers" swing out with a modern version of "On, East
Orange," while from across the dim room come the opening strains of "Stand
Up and Cheer," transmitted by Billie Brooks and his combo.
With an experienced air, Al Monica, the Dick Clark of '81, announces that
David Tute, the versatile entertainer of international renown, will present his
ever-popular night club act.
Suddenly, whistles pierce the smoke as models Judy Curry, Brigitte Falck, and
Randy Bishop enter, wearing the latest fashions of designer Sharon Jetter.
Seated in a conservative corner, Sheila Flower, Rosalind Bjornson, and Laura
Fitzpatrick industriously collect information for their theses on the influence of the
Cave upon its middle-aged patrons." 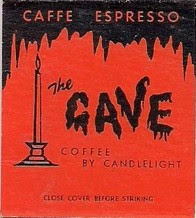 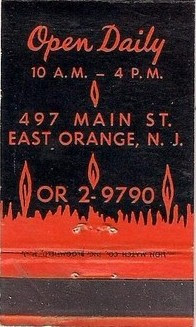