Drake College was at the northeast corner of Central Avenue and Harrison Street. According to a 1917 educational directory, Drake College had been founded in 1883 by William E Drake. By 1911 the East Orange campus was in the Central Avenue location. There were a number of Drake Secretarial School camuses in the NY/NJ area, so the East Orange campus may not have been added until the early 20th century. 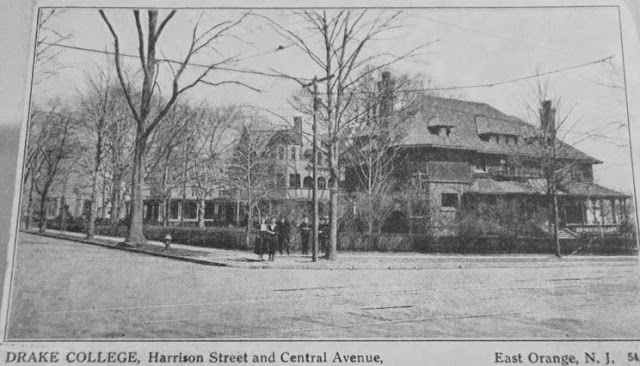 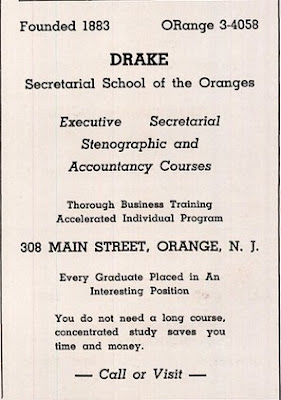 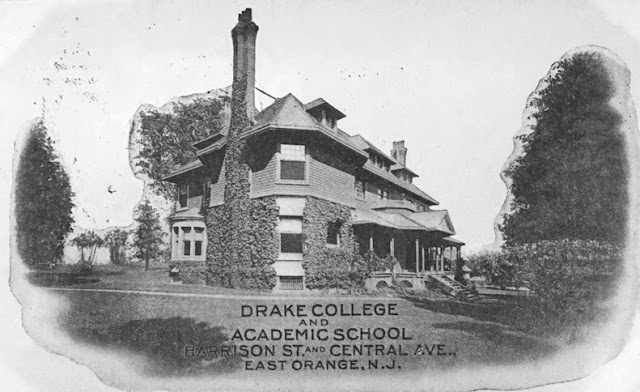 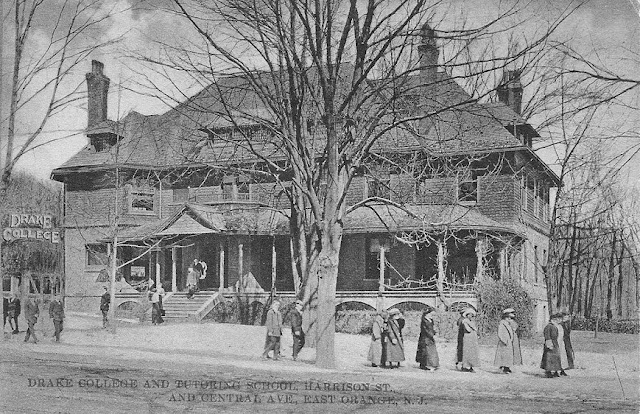 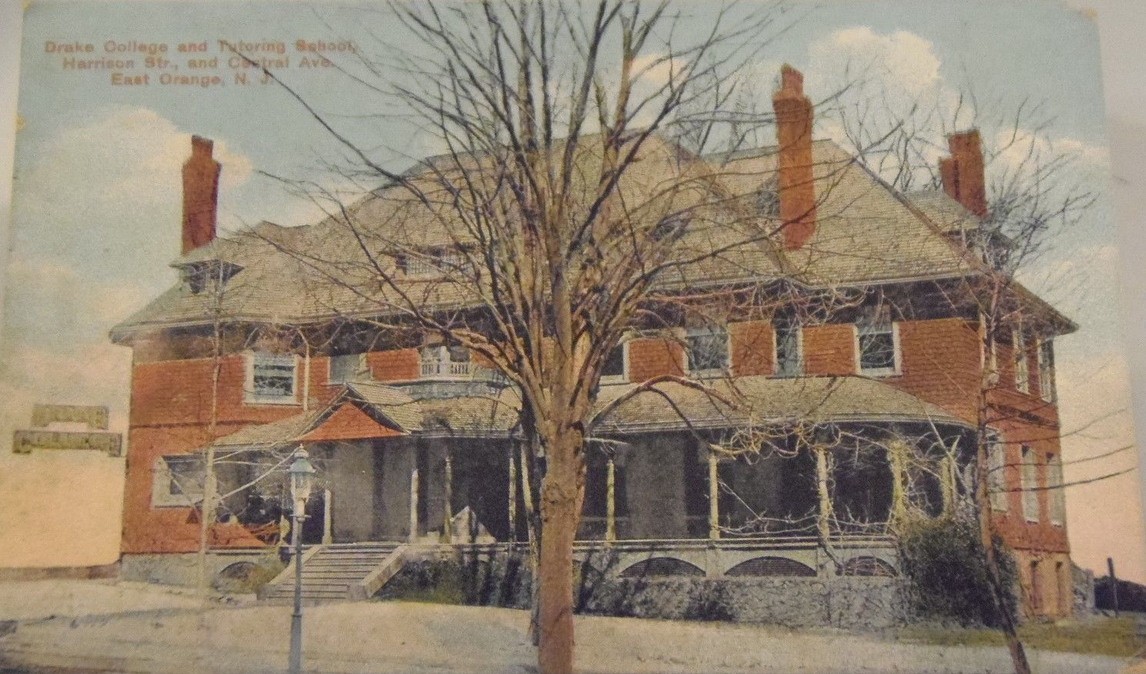 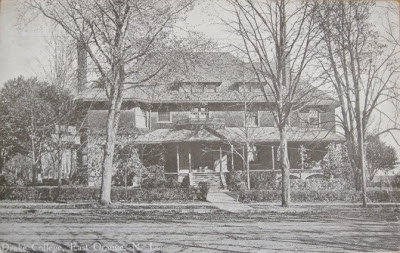 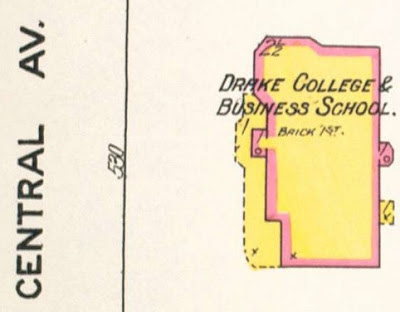 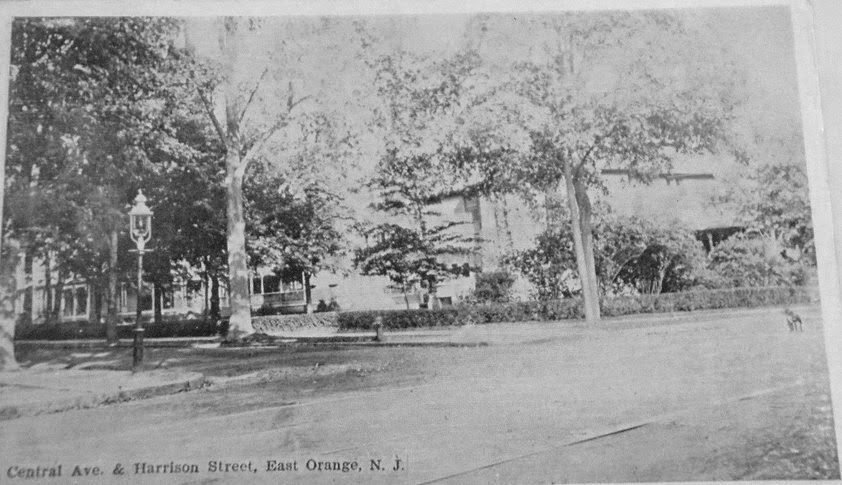 Below: from an 1895 map when the building was still shown as a dwelling. 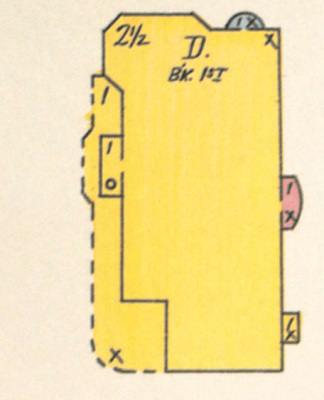 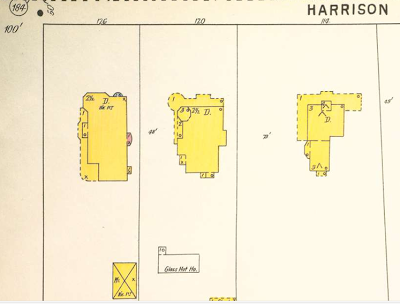