Mr. Robert Thomson divided time between Stockton School and Columbian School as the physical education teacher. He was affectionately known as "Mr. T" and many former students, even those who did not feel confident in PE, remember him as a caring and encouraging teacher. 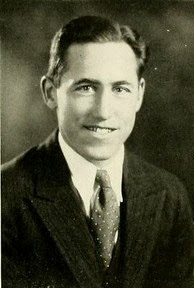 Photo above and text below from the 1934 Panzer College yearbook 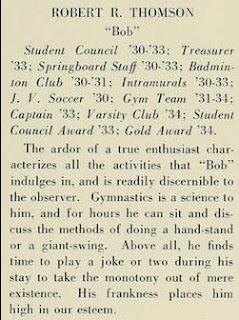 Below the 1934 Panzer College class prophecy (prediction) about Mr Thomson's whereabouts 10 years after graduation (1944). In a previous annual, Mr Thomson is listed as being from New Paltz, NY.

"Our trip is nearly complete except for two of my "cronies." "Prof." Thomson is a gym instructor in New Paltz High School and the champion of the cause of heavy apparatus and tumbling. In spite of the inability of his pupils to execute a one-hand stand, he still retains the old sense of humor."

Below: the badminton team in the 1932 Panzer College yearbook 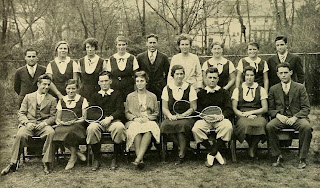 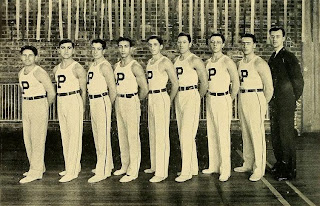 Above: gymnastic team in 1932 yearbook
Below: staff of the Springboard (newspaper) 1932 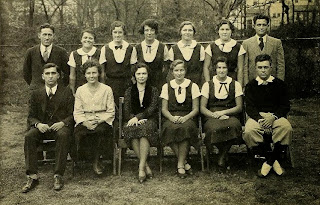 Below: a certificate signed by Mr. Thomson and Principal Shelly awarded to a Stockton student in Spring, 1959 (image courtesy of Seth McQuillan) 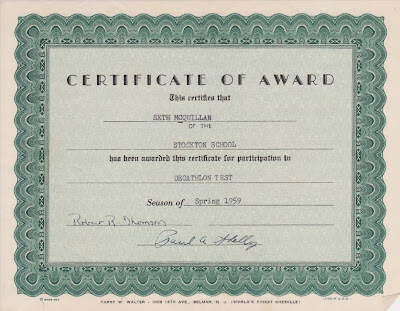