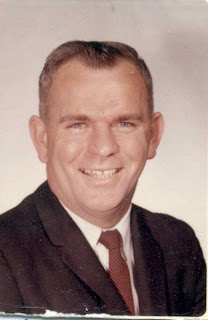 Paul A Shelly was only 29 years old when he became principal at Stockton in 1955.* The school was in the midst of a massive expansion with additions in 1951 and in 1958 and many first year teachers were coming to Stockton to fill the new classrooms. At the same time, the racial demographics of the neighborhood were changing rapidly, meaning many new students in all grades. It seems like it could have been a recipe for chaos, but from my perspective as a student (1952 to 1959) during those years, the transitions felt relatively seamless. This had  to be due in large part to Mr Shelly's leadership, which was recognized in his quick ascent in school system administration.

An obituary for Mr Shelly citing some of his many post-Stockton career achievements appears in a previous Stockton blog post on May 26, 2011 along with another photo of him.

photo below: Mr Shelly near retirement at about age 58 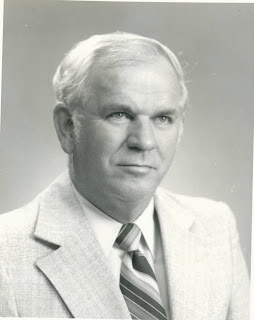 Photos courtesy of the Shelly family