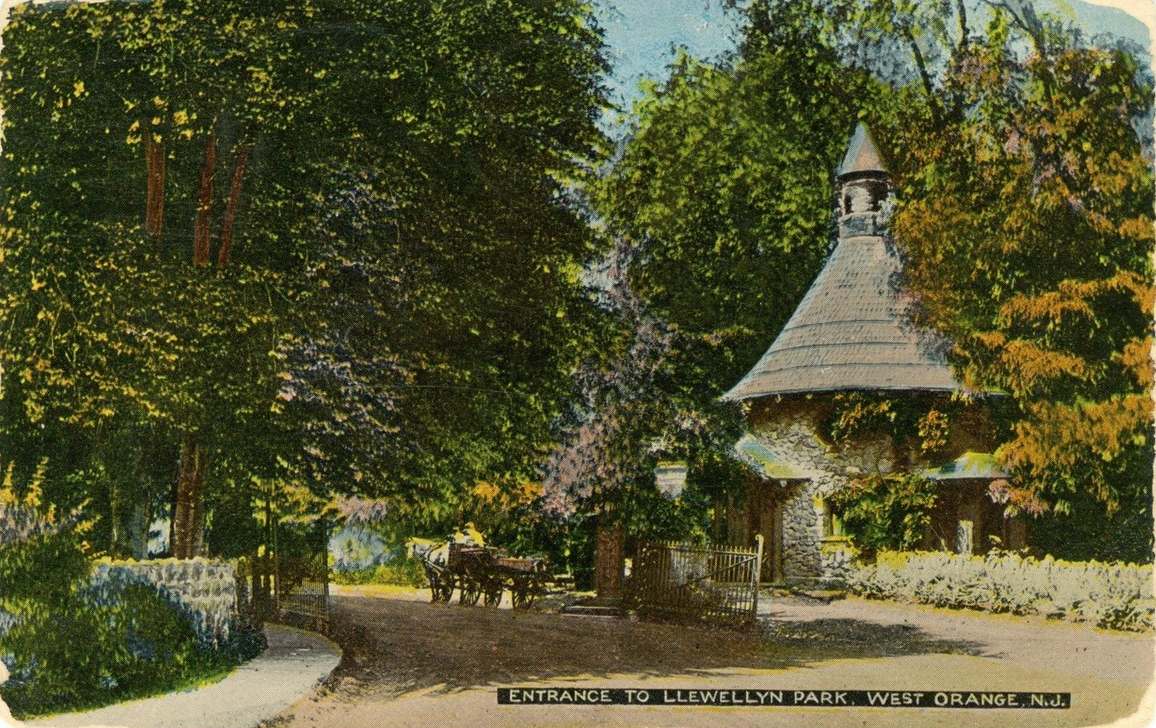 1853 --  Llewellyn Haskell  buys the old farmhouse belonging to Henry Walker.
1854  --  Haskell begins building his house, the Eyrie (meaning the nest of a bird of prey), on the foundation of Henry Walker's old farmhouse.  The house was designed by famous architect Alexander Jackson Davis.  Haskell founded nearby Llewellyn Park, America's first planned community. He had wanted Eagle Rock to be part of Llewellyn Park, but that did not come to pass.
1860  --  the New York Illustrated News published a wood engraving of Eagle Rock, the earliest depiction of the rock.
1860  --  the gate house at the main entrance to Llewellyn Park designed to look like the Eyrie.
1872  -- death of Llewellyn Haskell. 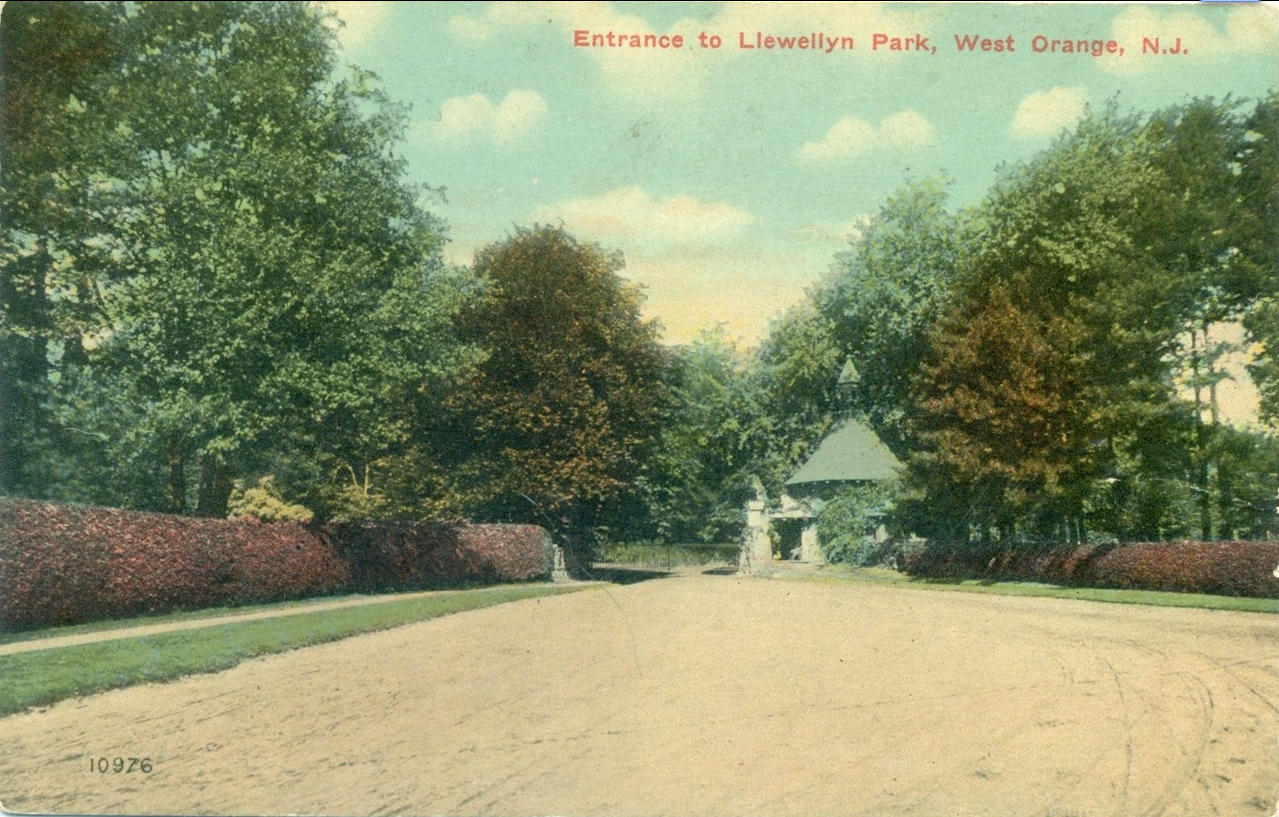 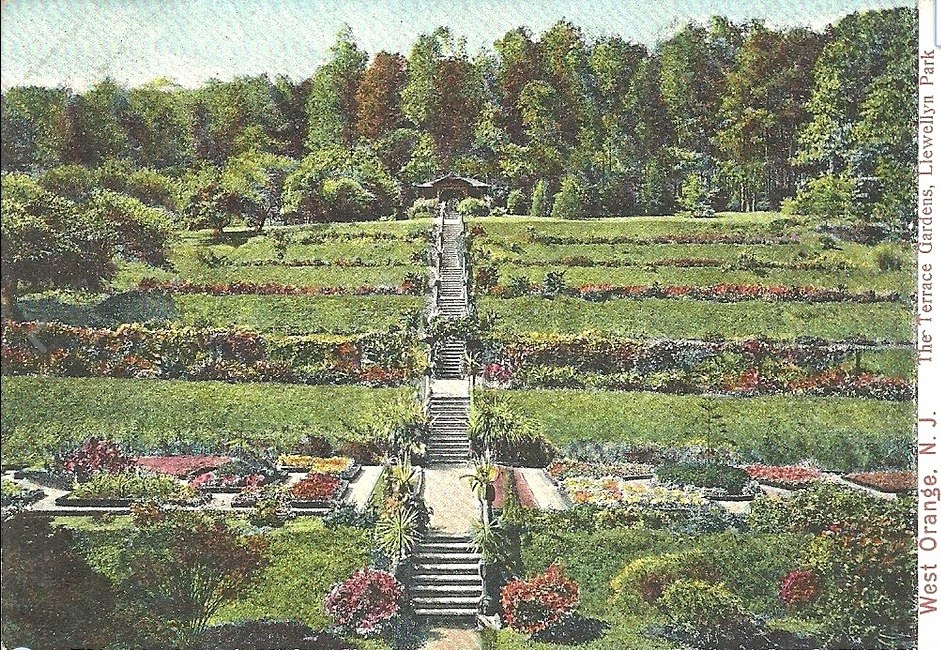 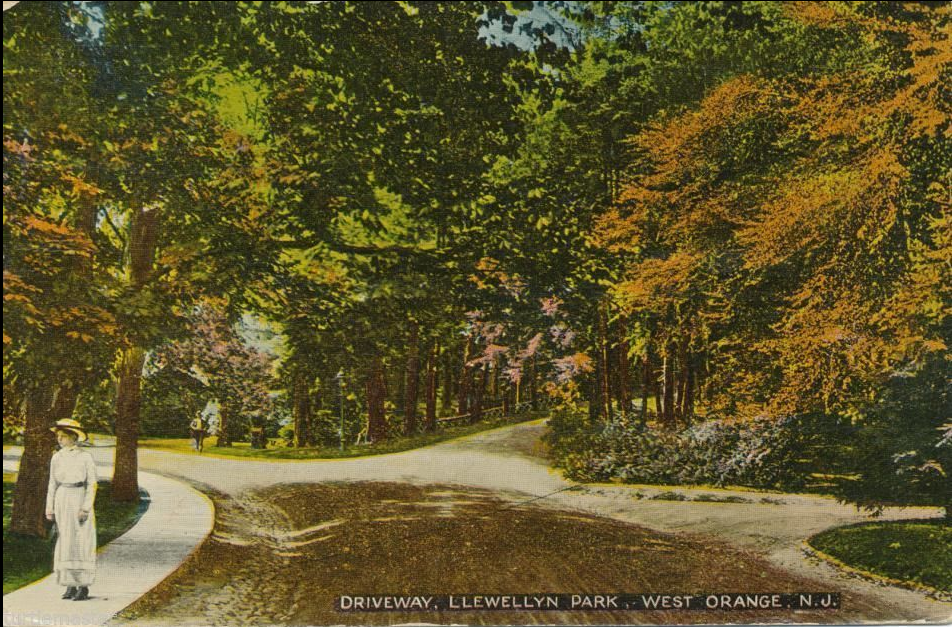 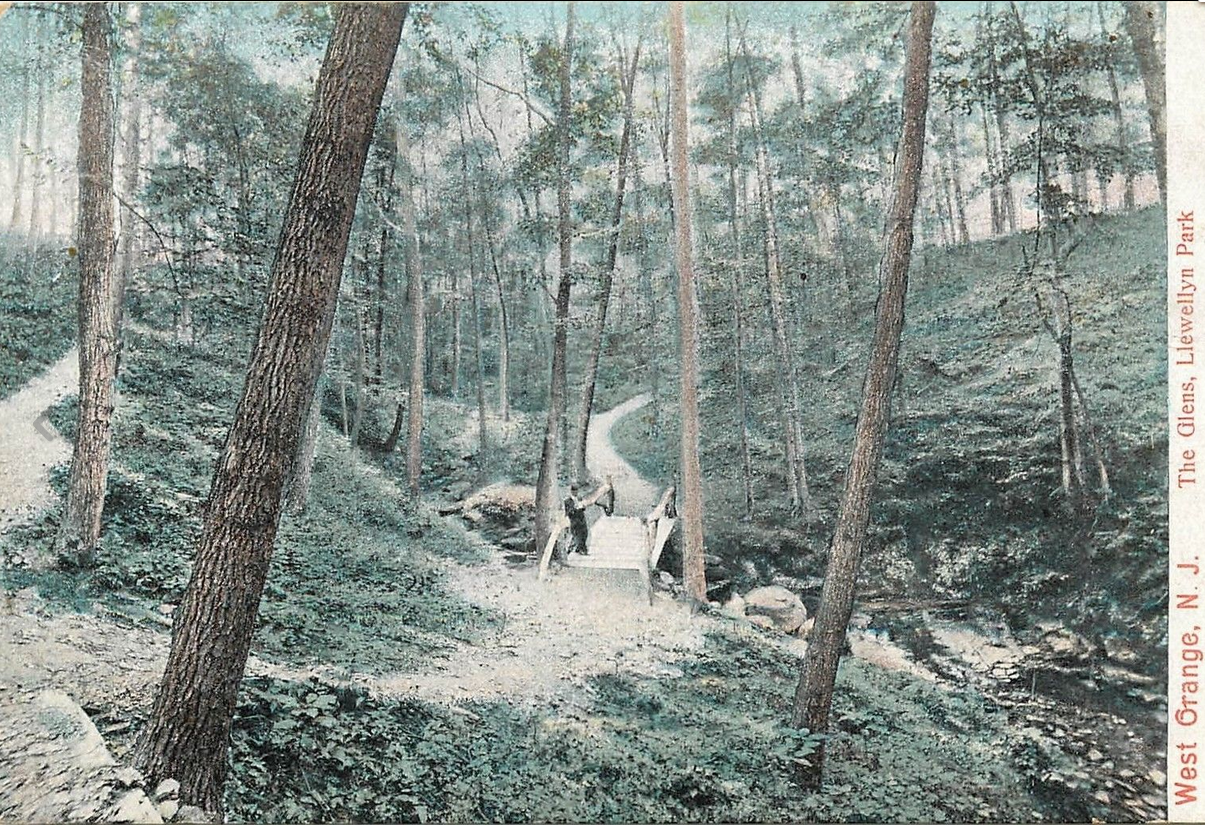 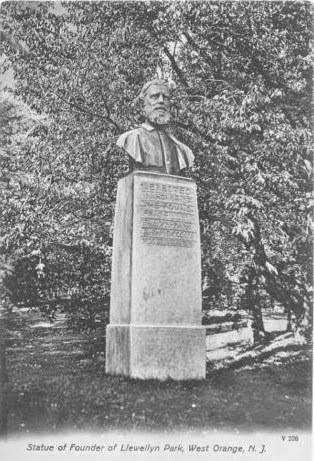 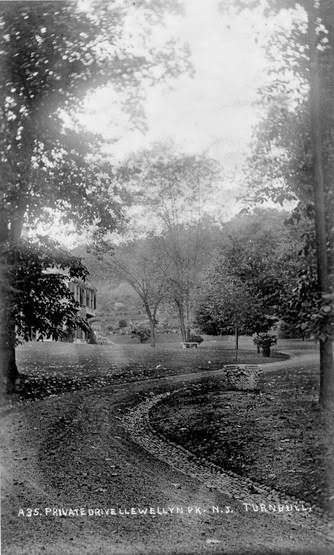 Glenmont is located in Llewellyn Park, West Orange, the first romantically designed, planned residential community in the United States. The community was developed in the 1850's by Llewellyn Haskell, who had acquired 350 acres in West Orange, New Jersey, about fifteen miles from New York City. The architect Alexander Jackson Davis landscaped the park, which grew to 700 acres by the 1870's.
A Queen Anne style mansion with 29 rooms, Glenmont was designed by the architect Henry Hudson Holly. Edison purchased the Glenmont estate – 13.5 acres including house, barn, greenhouse, and furnishings – in January of 1886 for $125,000, half its estimated value. 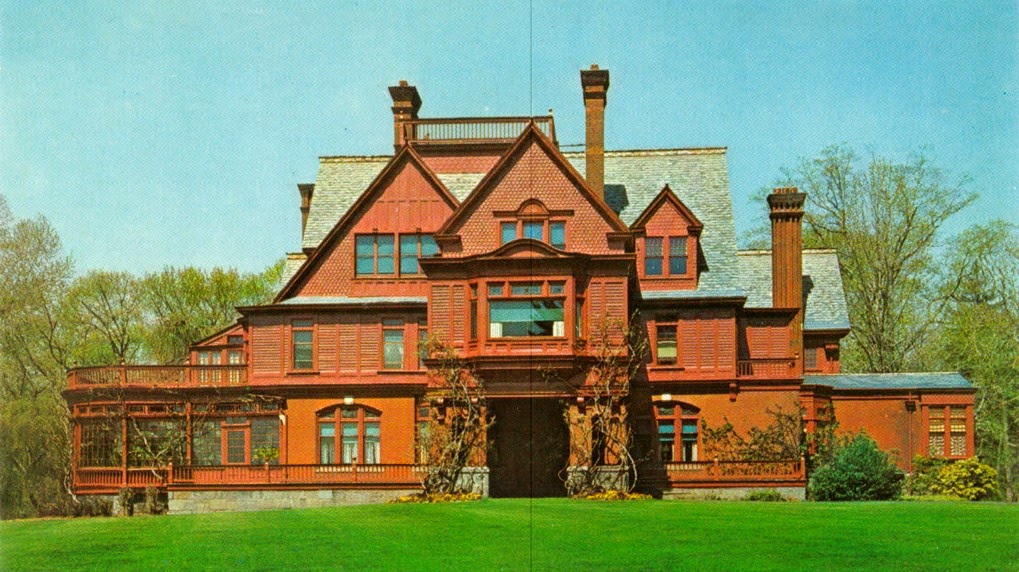 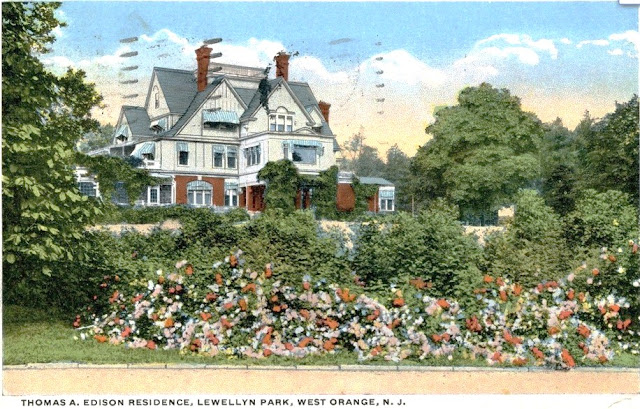