Actor John Amos (Mary Tyler Moore Show, Good Times, and Roots) lived at 10 Division Place (the street behind the Hotel East Orange) between 1950 and 1954, attended Stockton School and Columbian School, and was a 1958 graduate of East Orange High School. He is listed as living at 89 Crawford Street between 1957 and 1965. 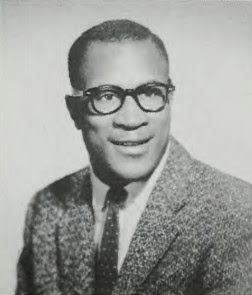 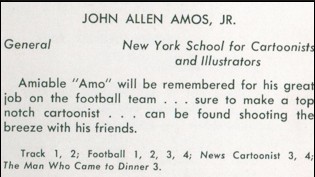 "I really didn't decide on an acting career until after I had exhausted just about every other job possibility in the world. I'd been a truck driver, a garbage man, right in the streets of East Orange, a job that I got immediately after graduation that was to be a summer job. And I found I was capable of doing a job society looks on as being demeaning, but to do it with a certain amount of pride.
It was ``Roots,'' and the character of Kunte Kinte, that gave me the greatest satisfaction as an actor, and as an Afro-American. While attending grade school here in New Jersey, Stockton School, and Columbian Junior High, I was given the unique opportunity of being one of a small group of black students that integrated both those."
From a graduation speech by John Amos in 1987 at Drew University.

Mr. Amos as part of the first student-faculty play in 1958 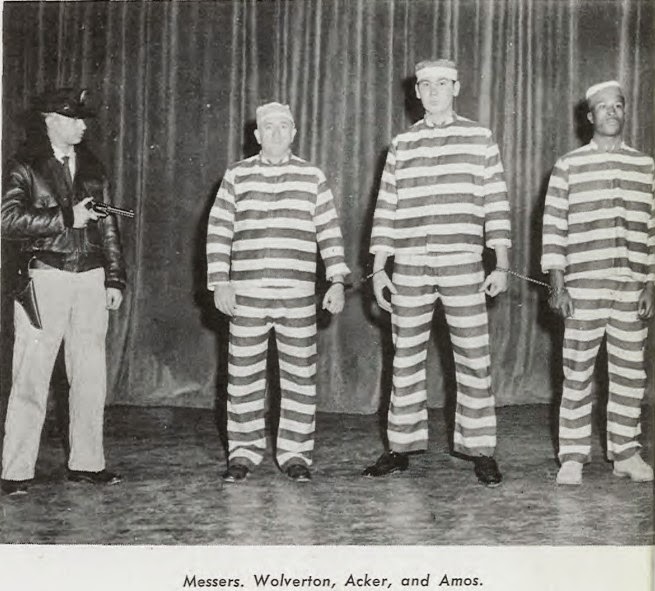 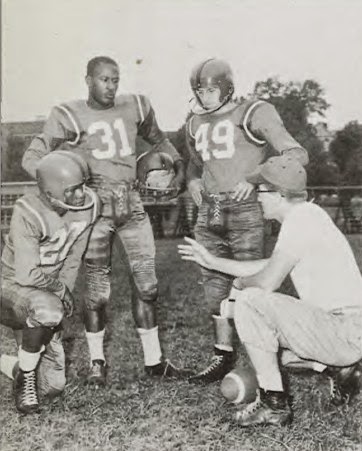 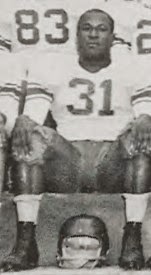 Below: his homeroom class during his sophomore year, 1955/56;
Mr. Amos is in the top row, fourth from left One former classmate has written "I remember him, in HS, as being 'Amos the Famous.' Little did he know how famous he would become. One of the funniest people that I've ever had the pleasure of knowing. But it was all good fun. Drove our 8th grade Science teacher absolutely insane."
(There were 8th grade classes at East Orange High School at that time)