The East Orange Social Settlement and The Jones Street Neighborhood 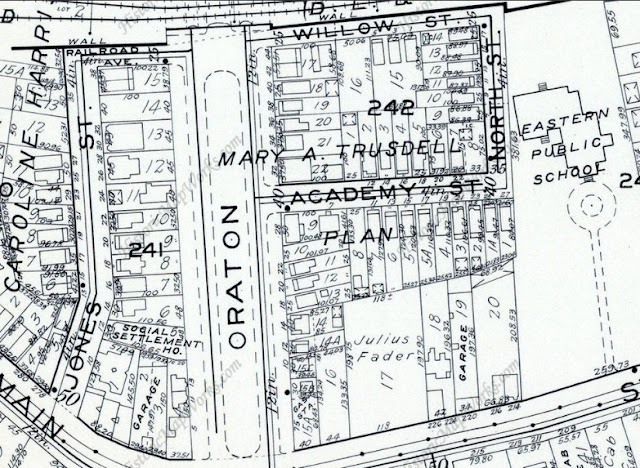 Below: The East Orange Social Settlement, 1913 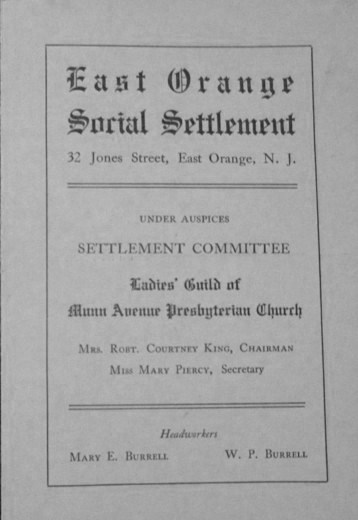 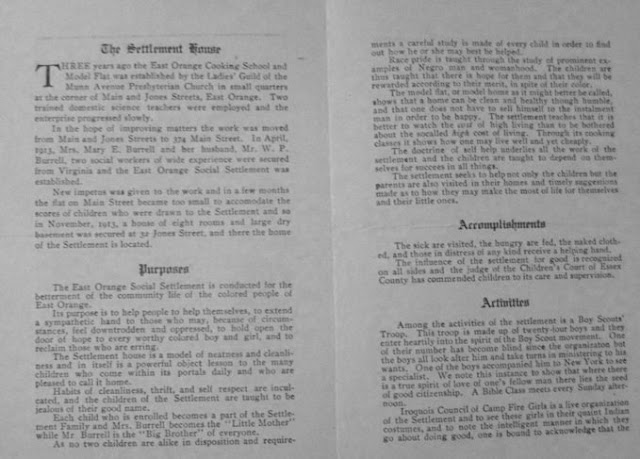 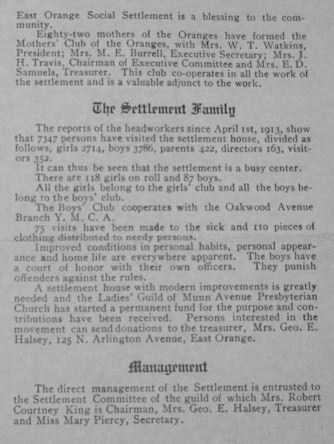 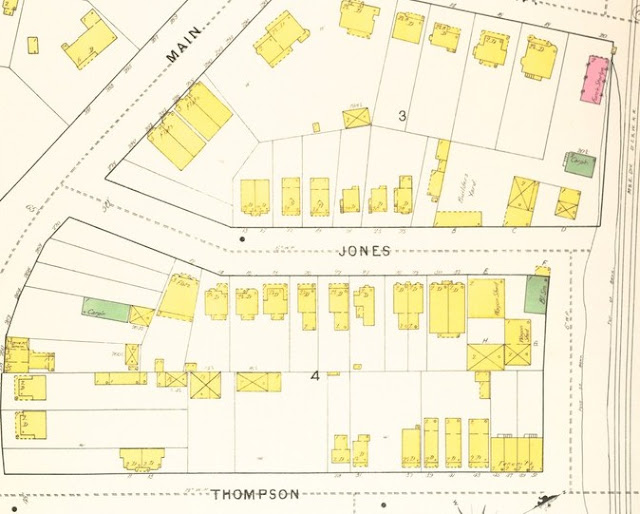 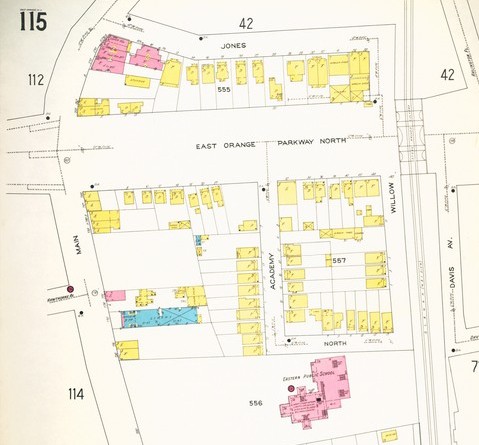 Below: a statement by an African-American woman in the novel The Human Stain by Philip Roth

“In my parents' day and age, it used to be the person who fell short. Now it's the discipline. Reading the classics is too difficult, therefore it's the classics that are to blame. Today the student asserts his incapacity as a privilege. I can't learn it, so there is something wrong with it. And there is something especially wrong with the bad teacher who wants to teach it. There are no more criteria, Mr. Zuckerman, only opinions.

It scared the merchants to death and the merchants left, and the more the merchants left, the less business there was. Then 280 and the Parkway cut our little town in quarters. The Parkway eliminated Jones Street---the center of our colored community the Parkway eliminated altogether. Then 280. A devastating intrusion. What that did to the community! Because the highway had to come through, the nice houses along Oraton Parkway, Elmwood Avenue, Maple Avenue, the state just bought them up and they disappeared overnight.

I used to be able to do all my Christmas shopping on Main Street. Well, Main Street and Central Avenue. Central Avenue was called the 5th Avenue of the Oranges then. You know what we've got today? We've got a ShopRite. And we've got a Dunkin' Donuts. And there was a Domino's Pizza, but they closed. Now they've got another food place. And there's a cleaners.

But you can't compare quality. It's not the same. In all honesty, I drive up the hill to West Orange to shop.. But I didn't then. There was no reason to. Every night when we went out to walk the dog, I'd go with my husband, unless the weather was real bad---walk to Central Avenue, which is two blocks, then down Central Avenue for four blocks, cross over, then window-shop back, and home. There was a B. Altman, A Russek's. There was a Black, Starr, and Gorham. There was a Bachrach, the photographer. A very nice men's store, Mink's, that was a Jewish, that was over on Main Street. Two theaters. There was the Hollywood Theater on Central Avenue. There was the Palace Theater on Main Street. All of life was there in little East Orange..."

Below: from a 1915 report on housing in the Oranges 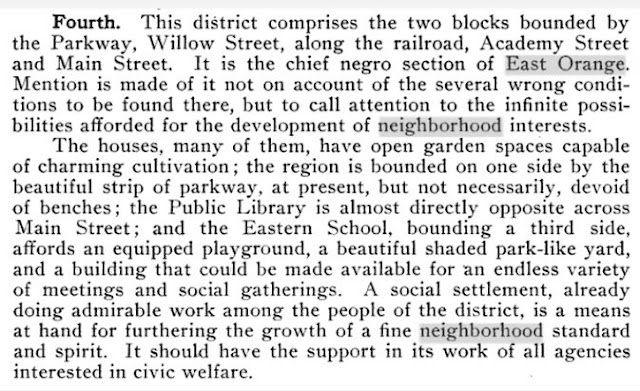