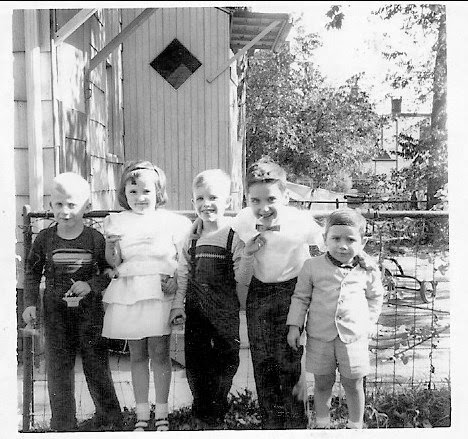 Circa 1953: Left to right: Gerald Kamowski, Yvonne Klika, Jeff Smith, Jimmy Klika, small boy (name unknown; well, not remembered); the Klikas were our next door neighbors and moved to Belleville and then to Bloomfield in the 1950's 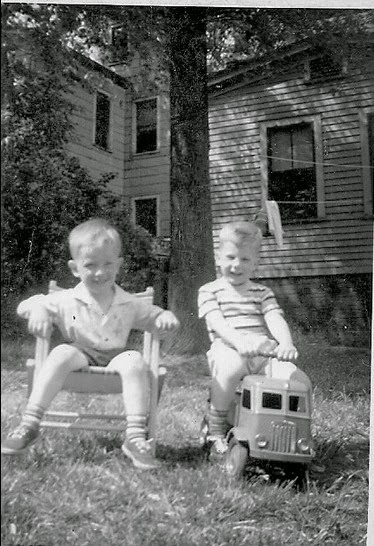 Above: circa 1951, Jeff Smith and Mark Lewis, backyard of 141 William Street. In the early 1950's, the Lewis family, Stan, Phyllis, and children Mark and Margie, moved to Caldwell and then to Mendham (Ironia Road).

The Draney family, Kenneth, Margaret, and son Bobby, then moved into that home. Robert Draney was a 1961 graduate of East Orange High. 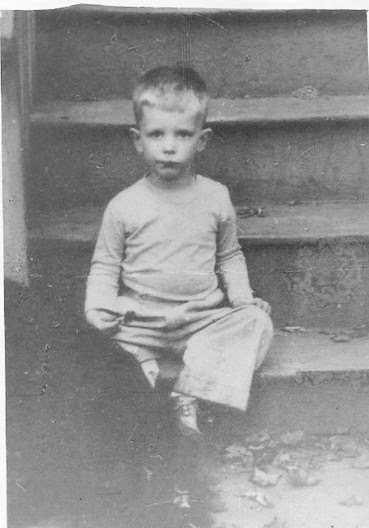 Above: circa 1951, Jeff Smith and Cocker Spaniel named Blackie, back steps of 145 William St. 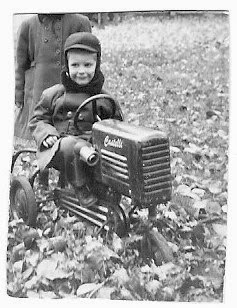