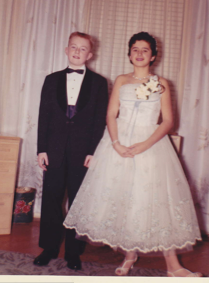 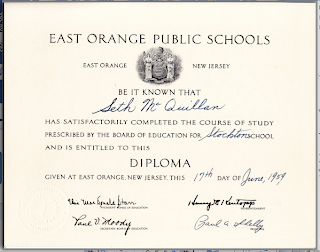 Stockton School appears to have been only Kindergarten to 6th grade from its opening in 1905 until 1958, but after Stockton School West was built next to The Oval in 1958, 7th and 8th grades were added for the 1958/59 school year (the 8th graders had been at Columbian School for their 7th grade year). In 1959/60 the 8th grade was back at Columbian and Stockton became K to 7th. So the 8th grade graduation/promotion exercise was the first (and maybe only) of its kind at Stockton. 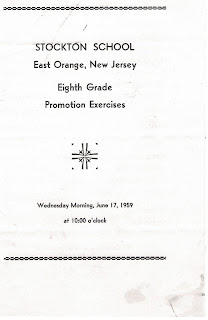 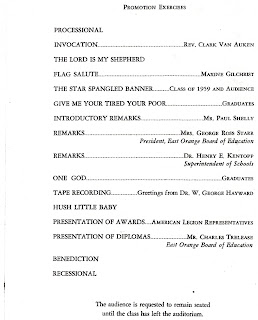 W. (William) George Hayward had been principal 1952 to 1955. Paul (Paul Alfred) Shelly was principal from 1955-60. Rev. Clark Van Auken was the minister for Park Avenue Methodist Church at the corner of Park Ave. and Grove St. (promotion exercises documents courtesy of Seth McQuillan, a member of the 1959 class) 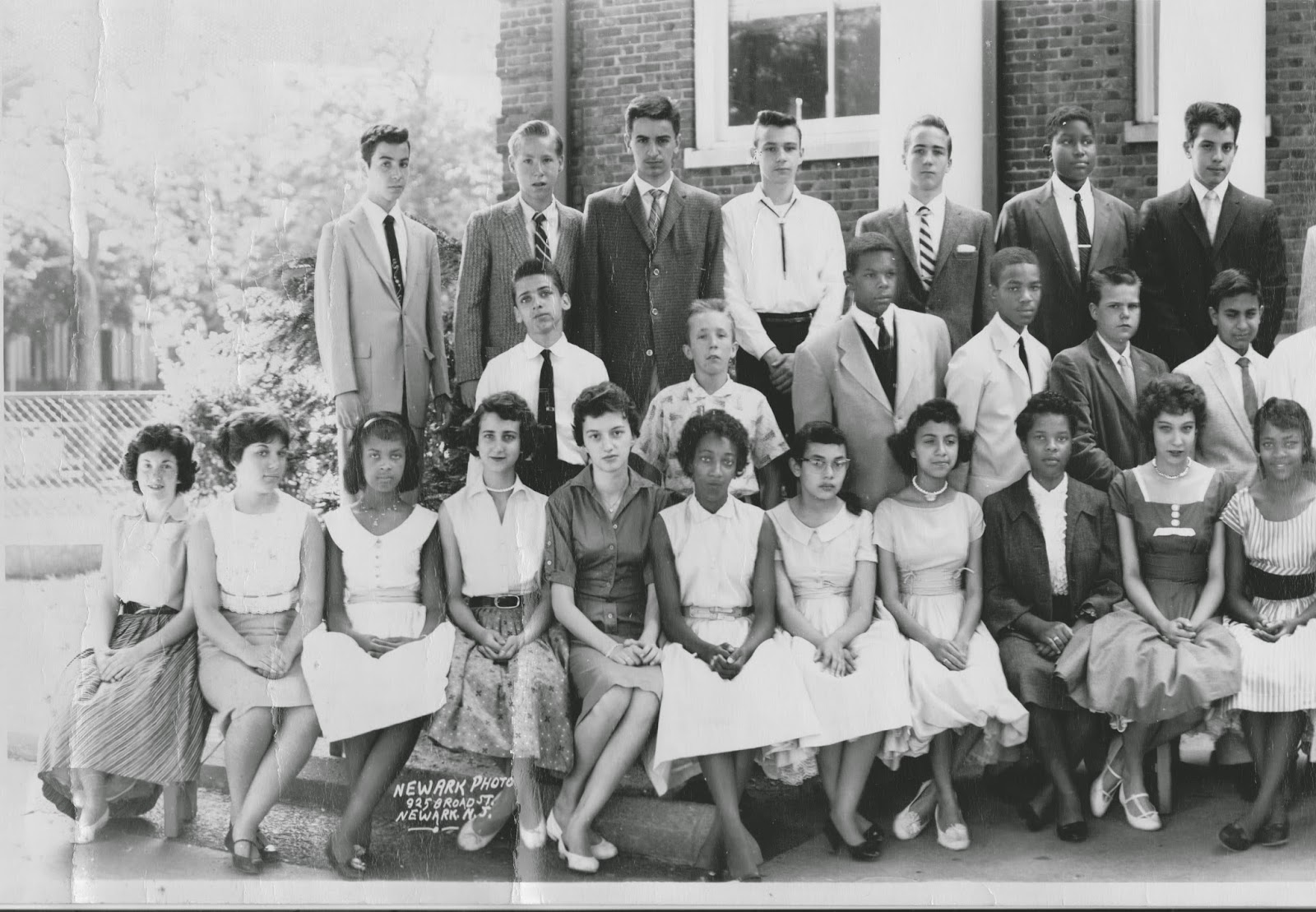 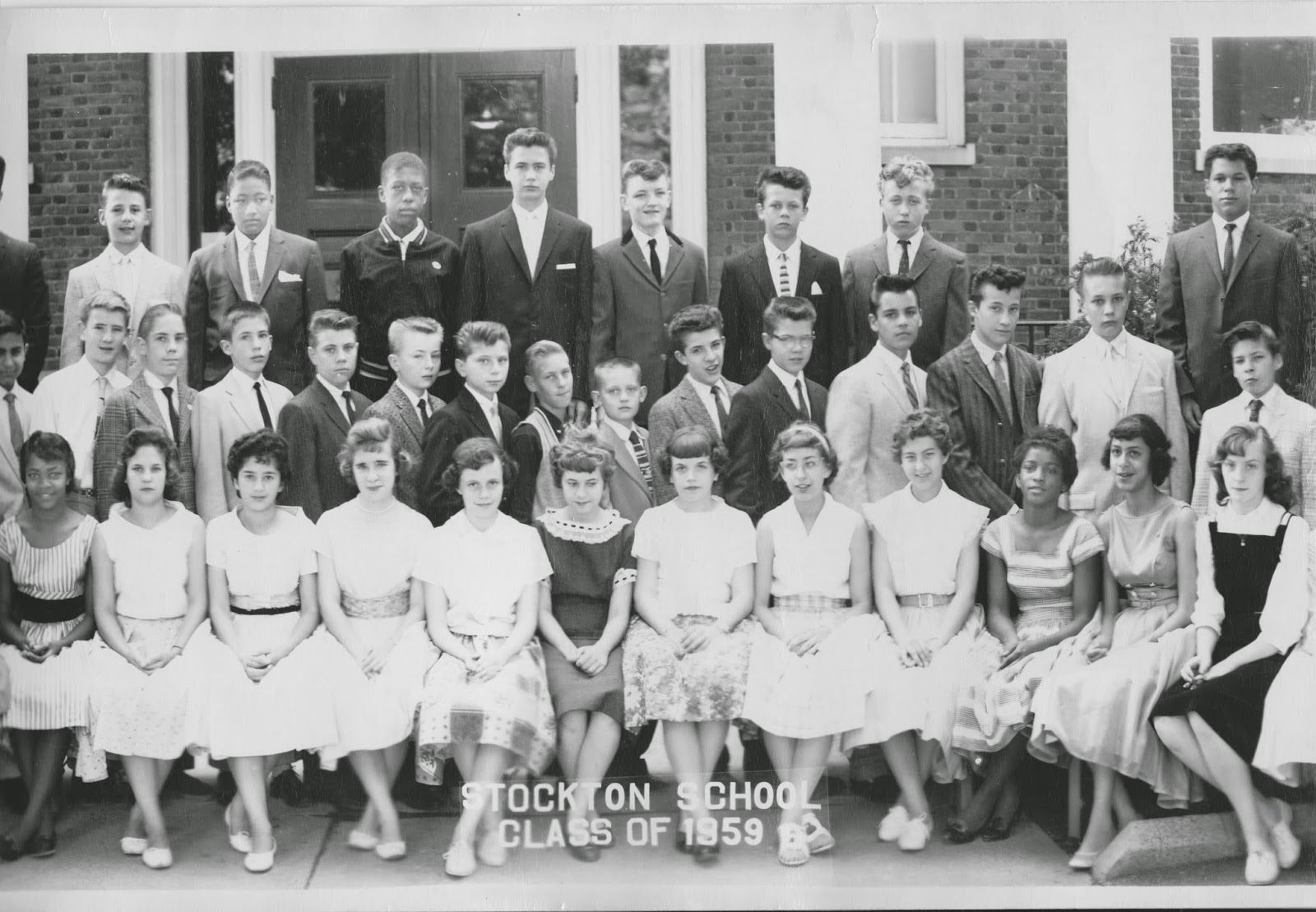 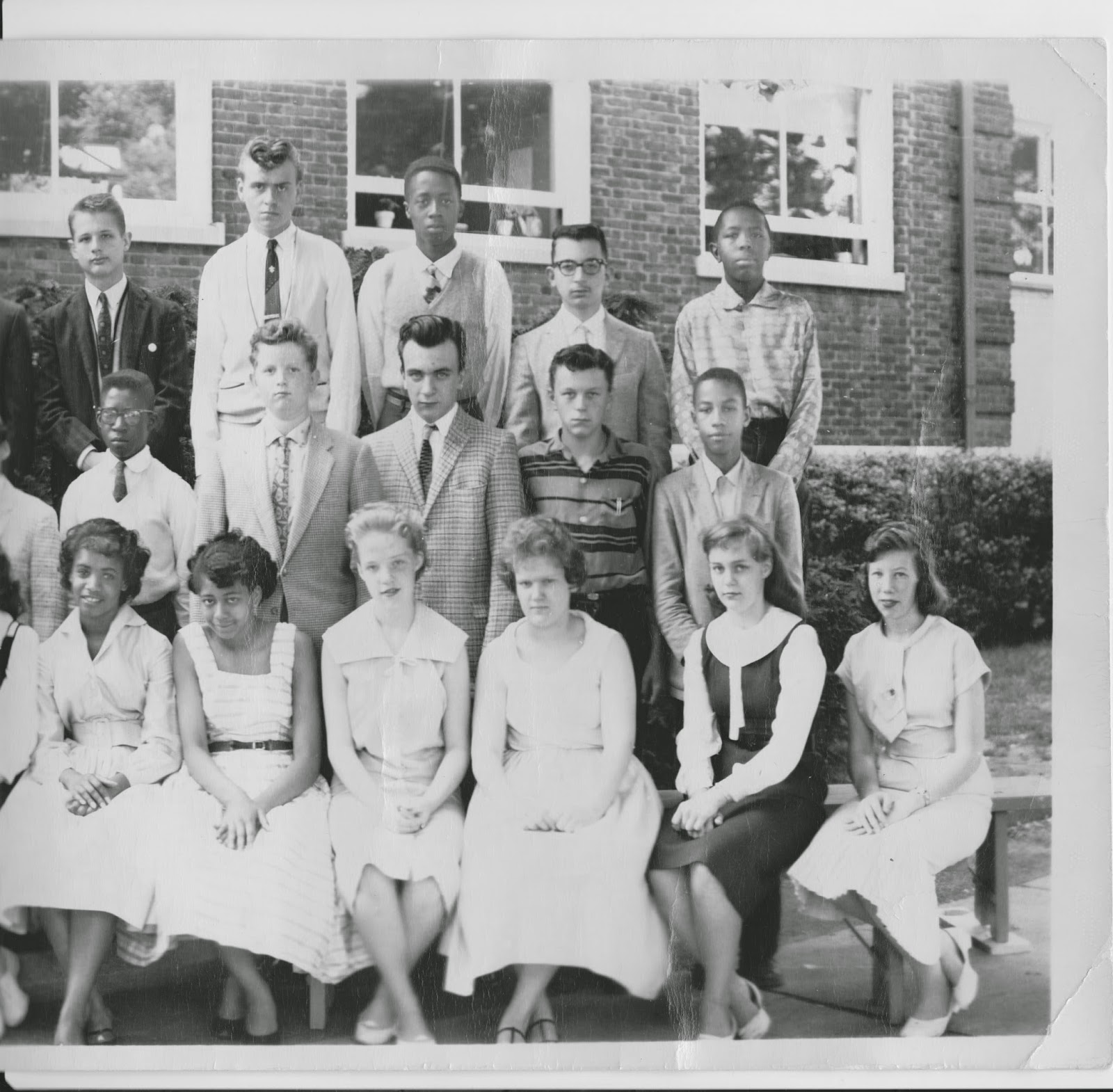 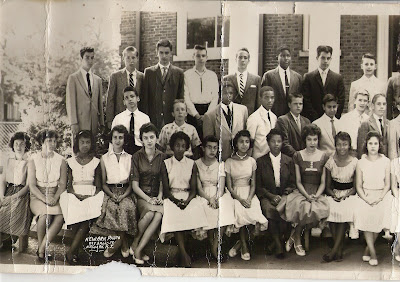 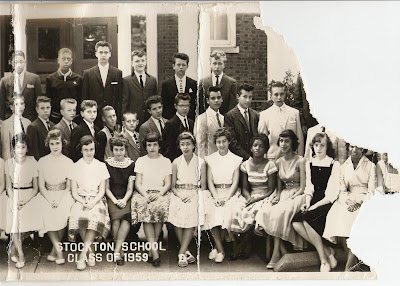 Above:1959 graduation photo (right and left sides of original) above courtesy of Mary Keogh, a member of the class
Below: the two halves stitched back together using software ("stitching" courtesy of George Morgan) 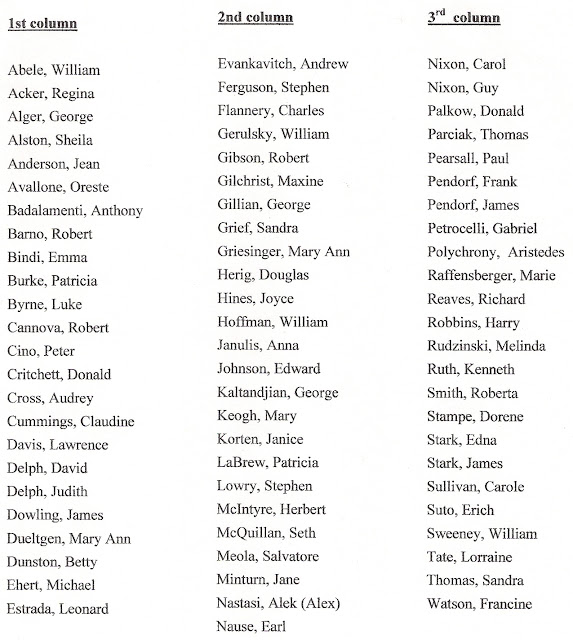