Henry Eugene Kentopp received his AB from Midland College in 1921, his AM from the University of Wisconsin in 1930, and in 1940 he received his doctorate degree from Columbia University. In 1922 he was already superintendent of schools in Central City (population 2500 in 1922), Nebraska, came to East Orange in 1933 to be principal of Elmwood School, and became superintendent of East Orange schools in 1936 at the death of Cliifford J Scott.

Below: Mr Kentopp in the 1955 East Orange High School yearbook 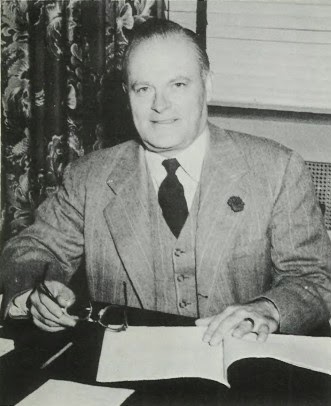 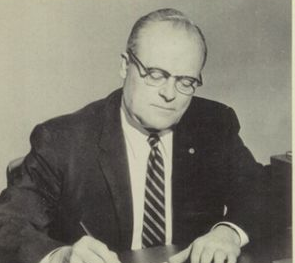 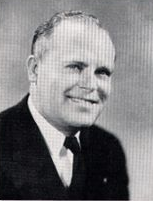 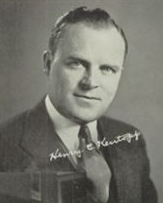 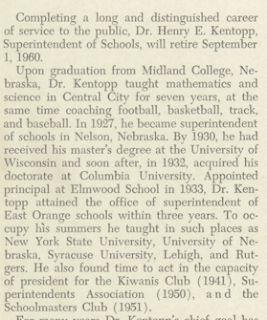 above is a biography that appeared in the 1960 EOHS yearbook

Henry E Kentopp retired in 1960 and passed away while living in Hendersonville NC in 1978.

Stockton School West became a separate kindergarten through 4th grade elementary school in the early 1960's and the school was named the Kentopp School. The school has recently been renamed the Mildred Barry Garvin School.
Posted by Jeff S at 11:01 AM