The intersection at Main Street and Maple Avenue in East Orange was one of the highest elevations between downtown Newark and the foot of "The Mountain" and had been the site of some of the earliest dwellings in the area since the area had been settled by Europeans in the late 17th century.

The Palmer House, a boarding hotel, was built in the late 1880's at the NW corner of the intersection replacing another large house (it's possible the earlier house may have also been The Palmer House in an earlier version). 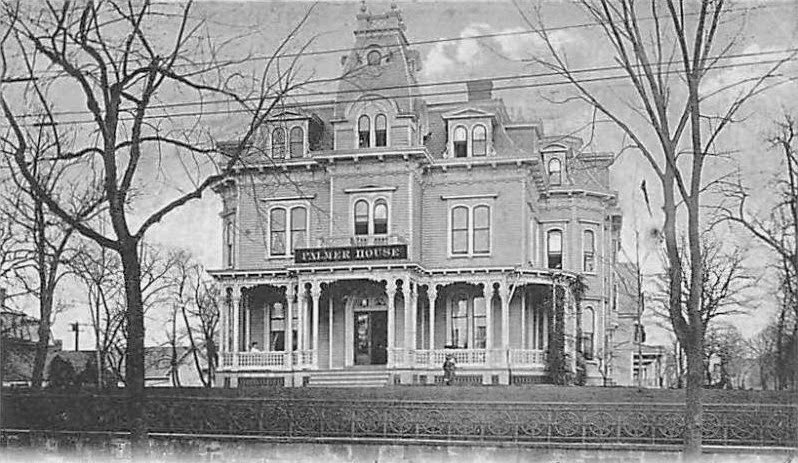 Above: postcard photo with a 1908 postmark 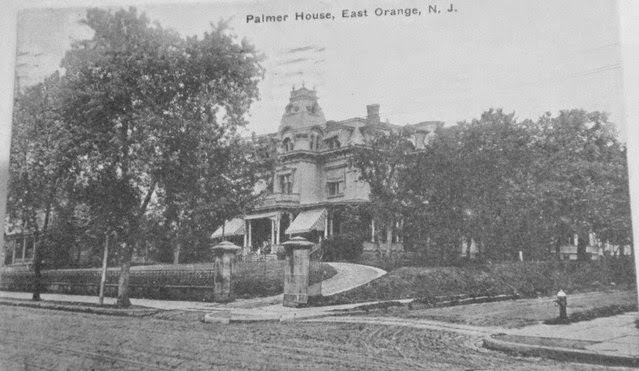 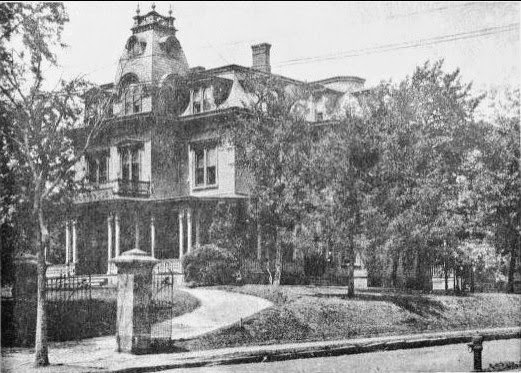 Below: a postcard postmarked 1929 showing the Palmer House as the Hotel Palmer with the front porch enclosed in brick, and the building's central tower shortened 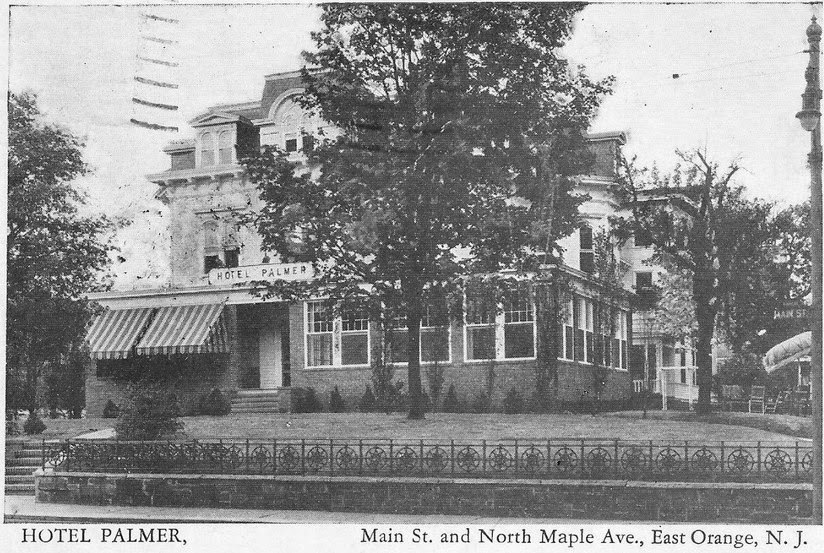 The photo below was taken in 1964 by Dr. Sam Berg as he documented the area shortly before it was bulldozed to make way for I-280. (photo courtesy of the Newark Public Library) 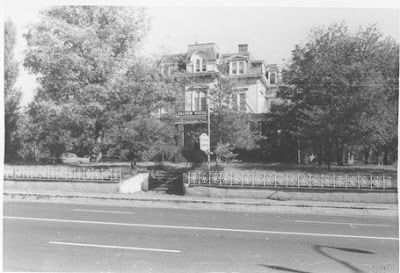 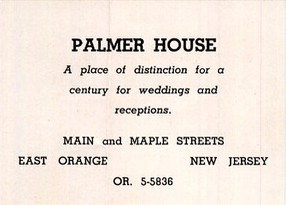 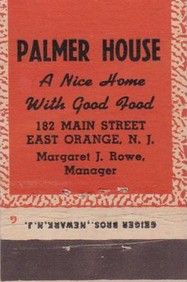 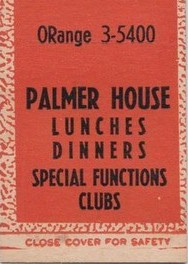