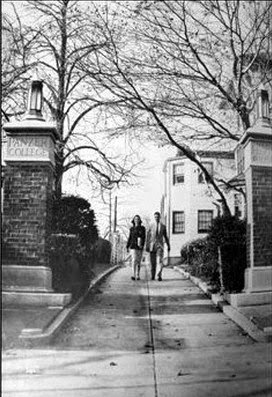 In 1917 the Newark Normal School of Physical Education and Hygiene was founded by Matthias Machery and Randall D. Warden, Directors of Physical Education for the city of Newark. At the close of the school year in 1920, the founders relinquished their interest in the school in favor of Henry Panzer, the Director of the Normal School at that time. The School moved to East Orange in 1925 where the program changed from being a two year course to a three year course. In 1928, a four year course of study leading to the degree of Bachelor of Physical Education was offered. At this time the name of the institution changed to Panzer College of Physical Education and Hygiene. Following Mr. Panzer's sudden death in 1932, Margaret C. Brown, who had served as teacher, registrar and dean of the College since 1921, was elected by the College Board of Trustees as President and Treasurer. Under her leadership the College made great professional advancements, and its reputation for excellence became nationally and internationally known. Through her efforts, the State authorized the granting of the degree of Bachelor of Science in Education in 1939 and the Bachelor of Physical Education degree was abandoned. 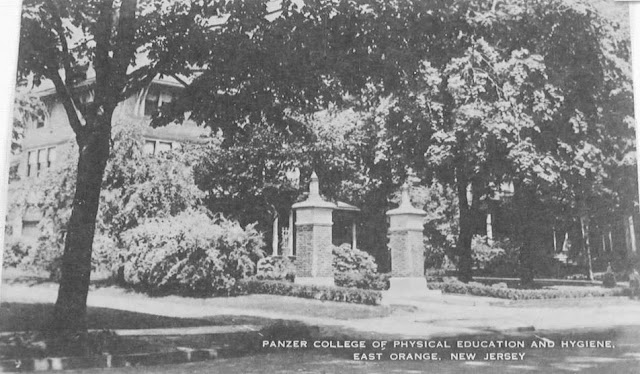 Below: ad from the 1923 East Orange High yearbook; before Panzer College moved to this location in 1925, the property had been the Le Master Institute 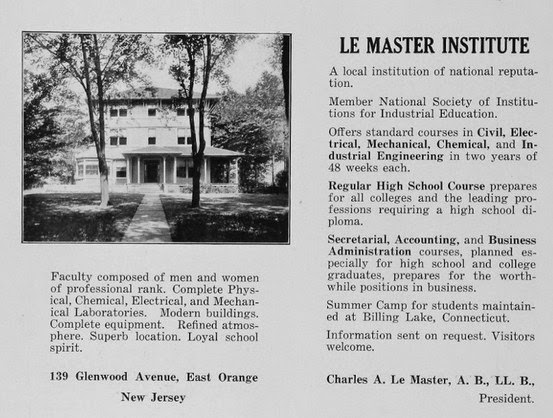 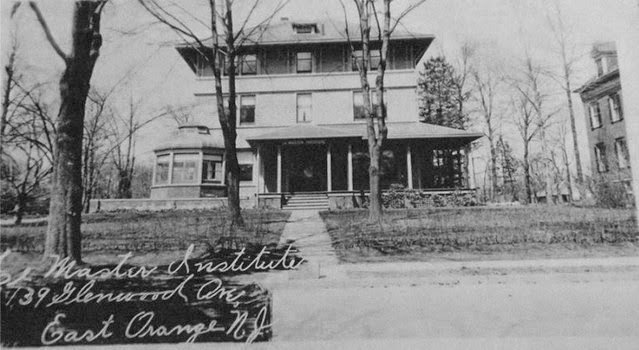 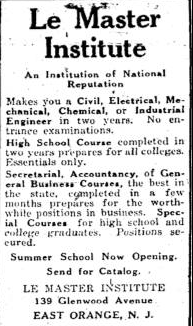 Below: from 1942 Panzer College Olympia yearbook

In fiction, the protagonist of Philip Roth's Pulitzer Prize winning novel American Pastoral, Seymour "Swede" Levov, and his wife, Dawn Levov, are graduates of Upsala. The charactor Levov was inspired by the real person "Swede" Masin who attended Panzer College in East Orange.

Panzer College of Physical Education and Hygiene merged with Montclair State College in 1958. After the merger, the Archdiocese of Newark bought the Panzer buildings and opened the all-girl East Orange Catholic High School in September, 1958.
Posted by Jeff S at 9:55 AM