One of my best friends at Stockton School during the 3rd through the 5th grades was John Tenney, probably because we shared a similar sarcastic, Mad magazine sense of humor and an interest in nerdy things like science and chess, and in military strategy which we carried out using our collections of toy soldiers.

Below: John, probably in 6th grade 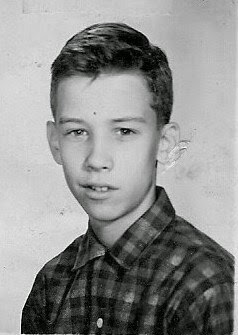 He lived at 39 North 16th Street between Eaton Place and William St. and, one time, John came to me and said he and another kid had found a source of iron filings, and we did some experiments with the filings and magnetism. At first he wanted to keep the source secret and sold me a jar of filings for 25 cents, but he finally took me to the source, the back lot of a business on Hedden Place next to the Lackawanna Railroad tracks just a couple of blocks from John's home.

John moved away from our neighborhood about 1958 (6th grade), but I recently learned that he ended up going to Columbian School and then Clifford J Scott High. 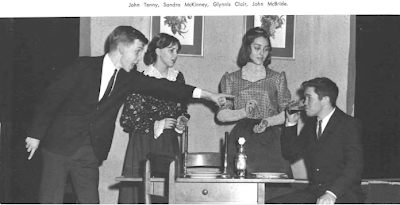 Above left: John as Mortimer Brewster ( the character played by Cary Grant in the movie) in Arsenic and Old Lace during his junior year (1963/64)

Below: another junior year photo 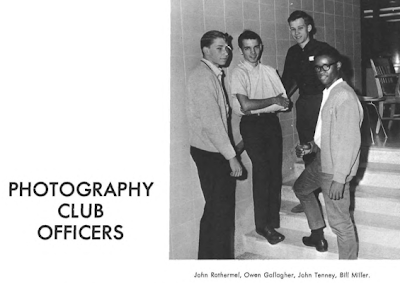 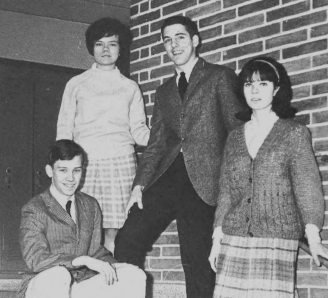 After finding John in the 1965 Clifford J Scott yearbook and seeing his full name, I immediately had hopes of finding him and getting back in touch, but, unfortunately, an internet search found the following: 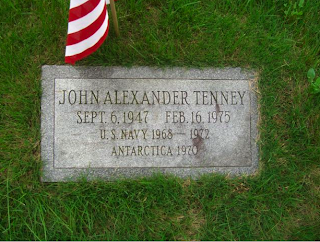 Below: Eureka Times Standard for February 18, 1975 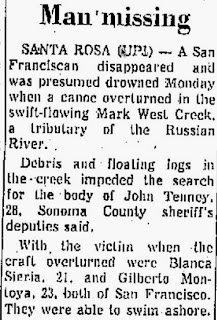