The original Eastern Hose Company #2 firehouse was built on the northern side of Main Street between Grove Street and Greenwood Avenue in 1883 before there was a North Hollywood Avenue (what would become South Hollywood Avenue was Pulaski Street at the time), so it wasn't on a corner at that time. The firehouse was the two story brick building shown below in a 1964 photo and on the 1890 and 1895  maps. 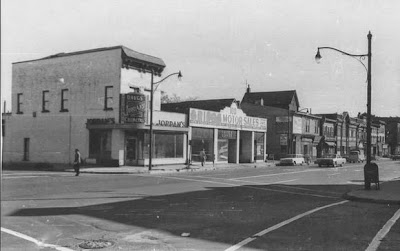 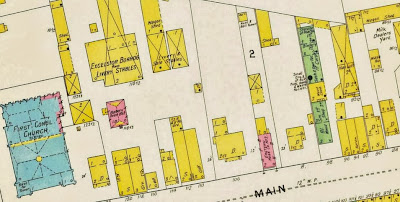 Below: an 1890 map showing "Eastern Hose House No2" in the lower right-hand corner 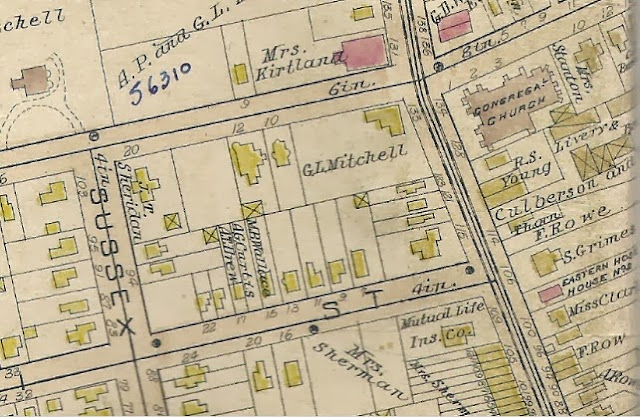 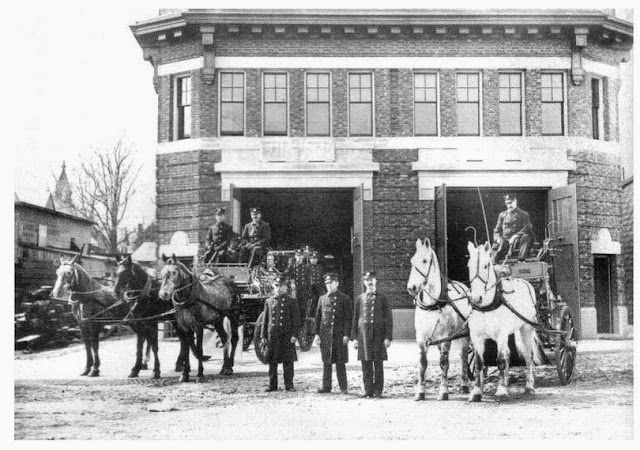 Above: In 1909 the "new" firehouse below was built on the new North Hollywood Ave next to the Lackawanna Station that had been built about 1901. 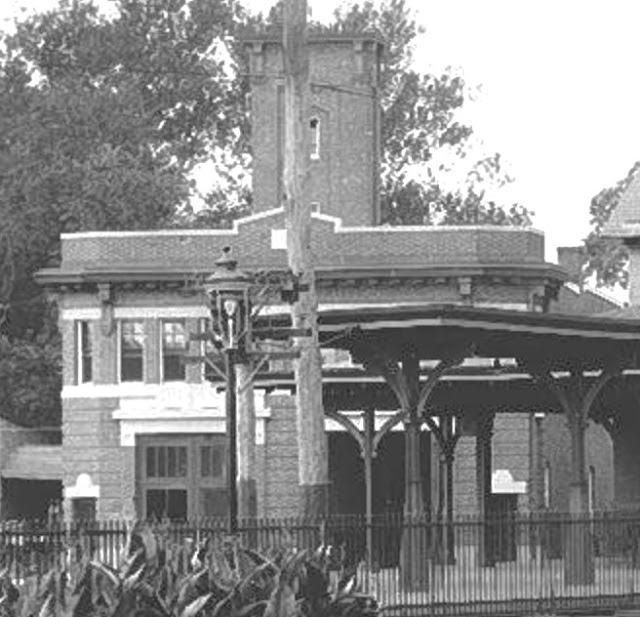 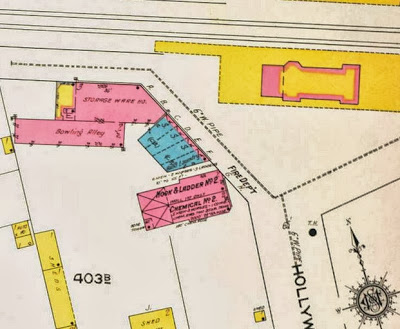 Both buildings were bulldozed in the mid-1960's when the area was destroyed to make way for I-280.

Below: a ceremonial helmet presented to Eastern Hose No.2 by an East Orange official 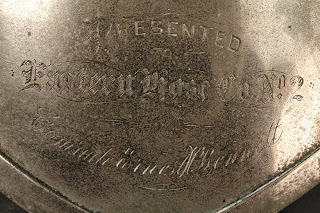 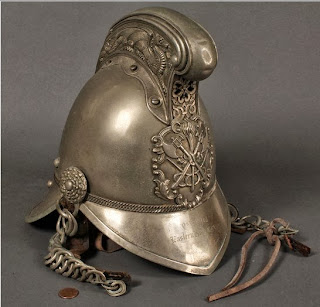