The Regent Movie Theater operated at 88 Main St (between Greenwood Avenue and N. Hollywood Avenue) from 1915 to 1926. A 1926 Movie theater guide lists the seating capacity as 800. 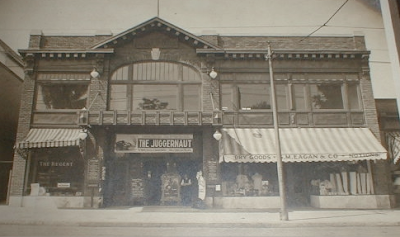 The Juggernaut showing at the theater in 1915 was a 30 minute movie that had been filmed in South River, New Jersey. A three minute version of the film is available here on Youtube

Above is from The Music Trade Review, 1915. The music business kept up with the movie theater business because the many new theaters had increased the demand for "automatic pianos."

The two articles below were in the same issue of Moving Picture World. 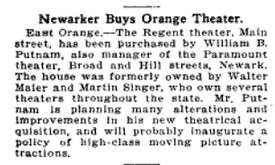 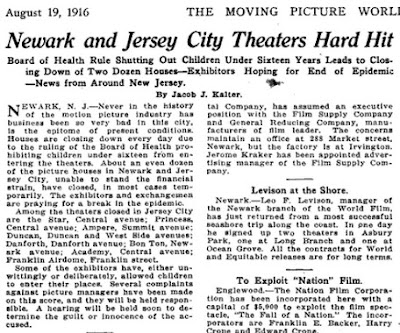 Above: The building that housed The Regent Theater can be seen on the far left in this photo (photo courtesy of the Newark Public Library) taken by Dr Sam Berg in October, 1964 as he documented the area before it was destroyed to make way for I-280.

In 1925 The Strand Theater, renamed The Beacon in 1941, opened at 129 Main Street diagonally across the street from where the The Regent had been.