A movie theater operated at the location of The Beacon Theater from about 1923 to 1965.* The theater was built about 1922 as The Strand, but a 1940 movie theater guide lists The Strand as closed, and in the 1941 guide it's listed as reopened under the name The Beacon.  The guide gives the seating capacity as 1200. It was on the SE corner of Main St and S. Grove St in East Orange. 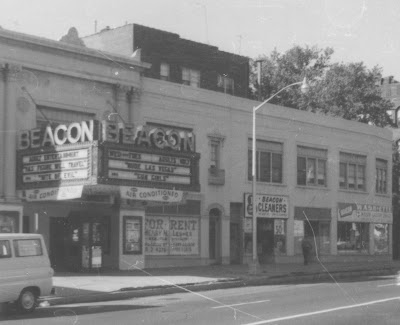 Above: Photo in October 1964 by Dr Sam Berg, courtesy of the Newark Public Library.

From Film Daily, January 1936: "Acquire East Orange House: Abe Rotner and Sam Kantor have added a fifth house to their circuit. New aquisition is the Strand at East Orange which has been operated by the Ledirk Amusement Company. Kantor and Rotner have four houses in the Rockaways on Long Island."

Below: The Beacon (on the right) in a 1951 photograph); view is looking east on Main Street through the Grove Street intersection 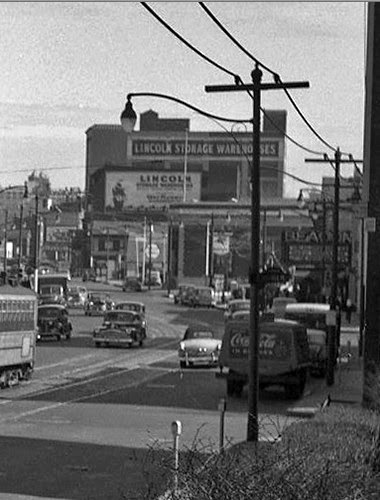 During the 1940's and 50's The Beacon was operated by the Kridel family, a family that also operated The Plaza on North 7th Street in Newark and The Palace in Orange.

Below: The Beacon as seen from the Kings Supermarket parking lot, circa May, 1959 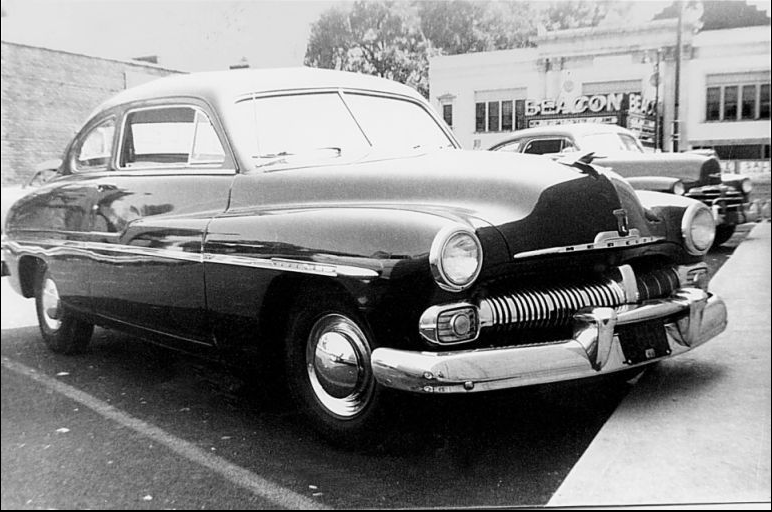 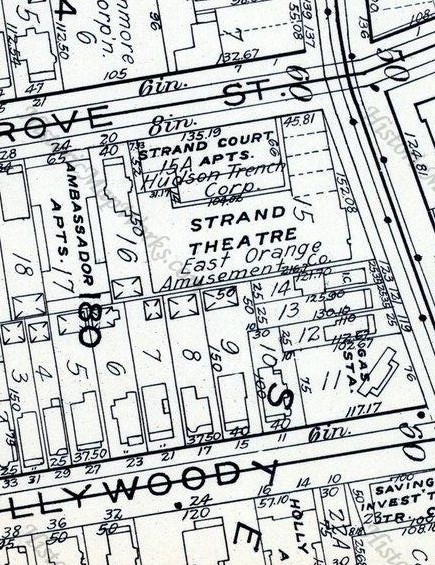 Below: Photo in October 1964 by Dr Sam Berg, courtesy of the Newark Public Library. 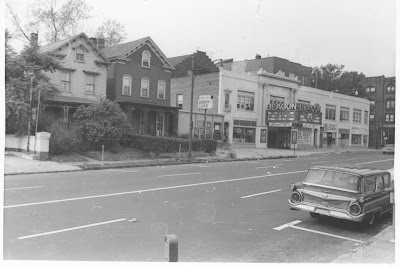 My only vivid memory of attending a movie at The Beacon was seeing The Glenn Miller Story there in 1954. I was taken to see the movie one evening by some adult neighbors who knew I was a fan of Miller's music. It was a great experience but the sad ending with the playing of Miller's famous arrangement of Little Brown Jug made me cry and I remember hoping I could get myself together before the lights came up to avoid being too embarrassed.

My favorite Glenn Miller tune was A String of Pearls and in 1958 I received a birthday present of a 45 rpm record with A String of Pearls on one side and In The Mood on the flip side. I set my automatic record player to play String repeatedly and while the record played I would use my father's bugle from his drum and bugle corps days to pretend to play Bobby Hackett's cornet solo, my favorite part of the song.

Below: from a 1930 Bloomfield newspaper

Below: from a 1945 ad in a Bloomfield newspaper 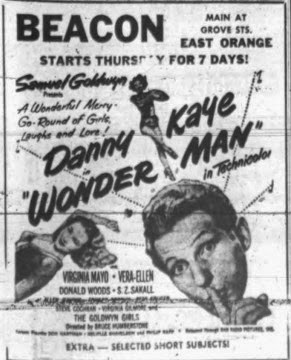 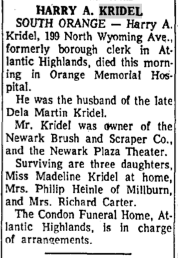 * The theater building and entire neighborhood were bulldozed in the late 1960's to make room for I-280.
Posted by Jeff S at 6:49 AM