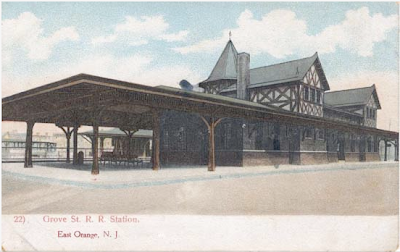 The Morris and Essex Railroad opened in 1836 connecting downtown Newark and the Scotland Road area (near the foot of "The Mountain") of Orange. The RR roughly paralleled Main Street which very early on (late 17th century) was called First Road and later Orange Road and the first station west of the Newark Roseville station was, by 1890, called the Grove Street RR station. Before 1890 it was first called Peck's Ridge, then the East Orange Station.  The property around Main Street, Grove Street, and Maple Avenue was on a high spot and had been settled early in the area's history. The intersection of Maple and Main was called Peck's Hill, Grove Street was "Whiskey Lane" and the property was the site of a minor skirmish during the Revolutionary War. Settlers had homes on the high ground and farmed the surrounding low-lying areas. 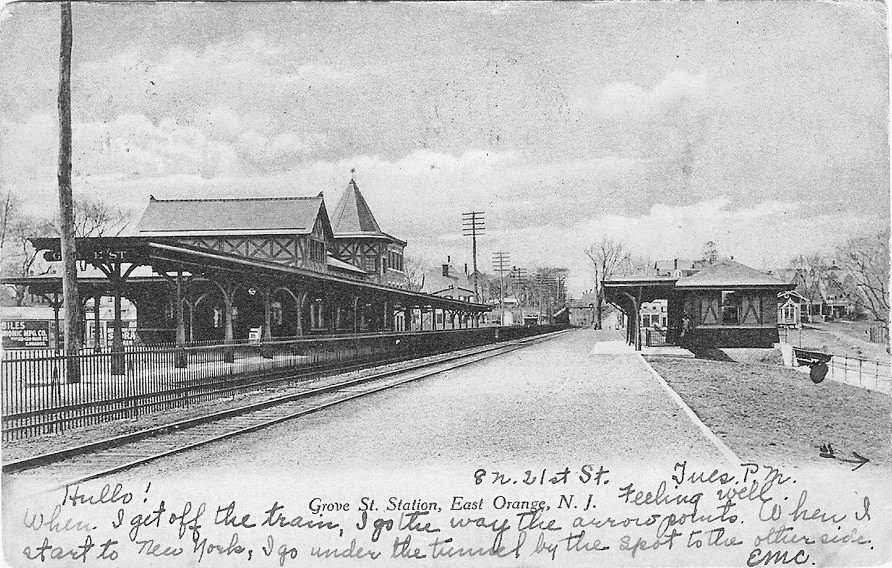 Above: postcard is postmarked 1905. View is looking west from Greenwood Ave. The writer has written "N. 21st St"  which would soon be renamed "Stockton Place;" His arrow points north toward William St. and he writes that when he goes to New York he has to take the pedestrian tunnel under the railroad to get to the main part of the station in order to take the eastbound train. 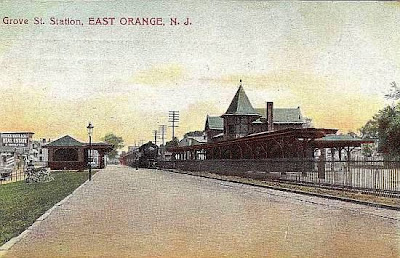 The original Grove Street railroad stations (1836 to 1900) were at the intersection of the railroad and Grove Street, but the much larger station seen in the above photos was built in 1901 between Grove and Greenwood Avenue, and rebuilt reusing the main floor as the basement or 1st floor of the "new" building when the tracks were elevated in 1921. The area developed quickly between 1890 and 1905 as big landowners drained their low-lying properties, laid out streets, and sold lots. During the 1890 to 1900 heyday of the Orange Athletic Club, thousands of spectators and many of the athletes arrived by train from NYC and Newark, pouring through the pre-1901 station to attend football, baseball, and many other sporting events at the adjacent Orange Oval. 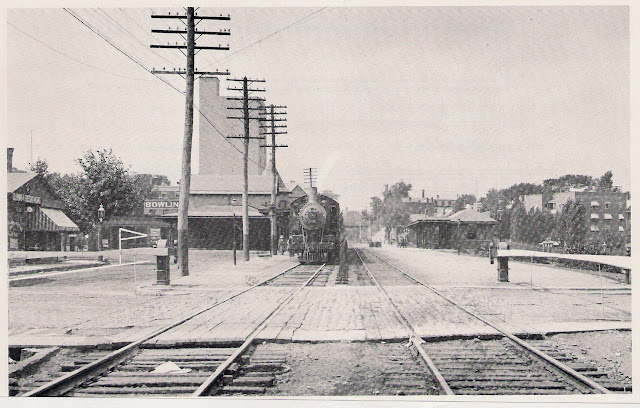 Above and below (C1573): views from 9/4/1913 are looking west across Greenwood Avenue; the tall, storage building in the background had just been built and by the 1950's was a Lincoln-Mayflower storage building and was one of the tallest landmarks in the area. The Oval  playground is just out of view to the right. (photos are courtesy of the Steamtown National Historic Site) 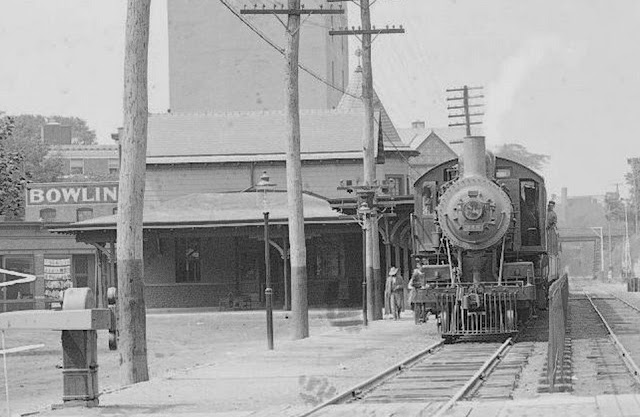 Below: from the 1906 "Souvenir History of the Oranges." 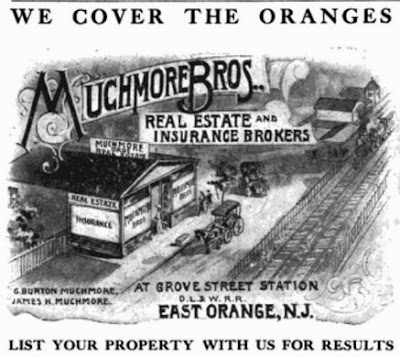 Below: view is looking east; The Oval playground is to the left. 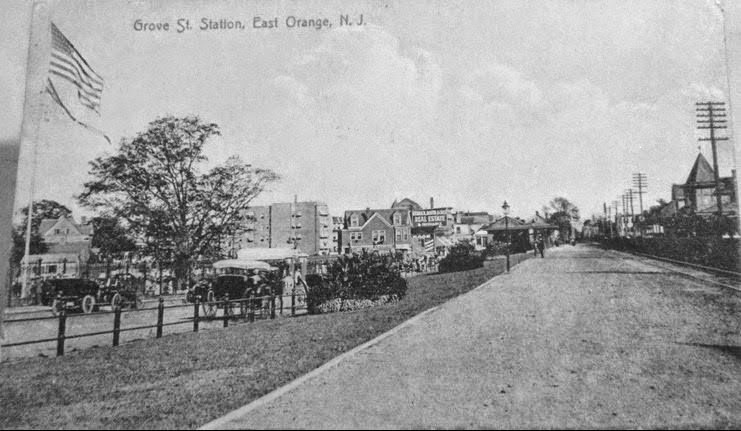 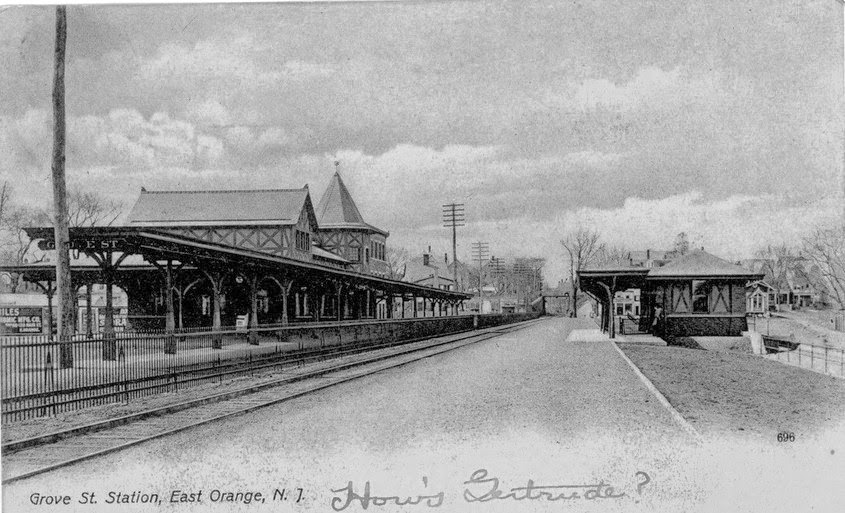 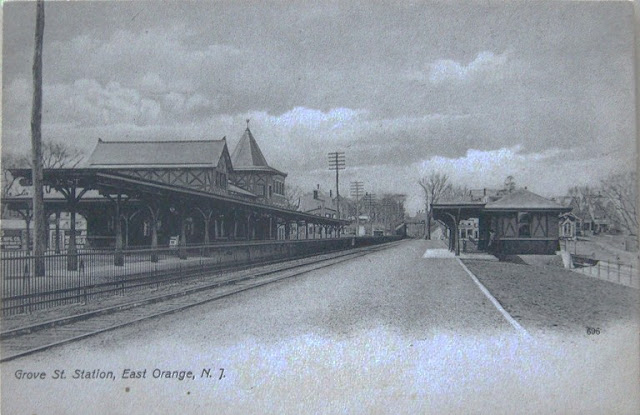