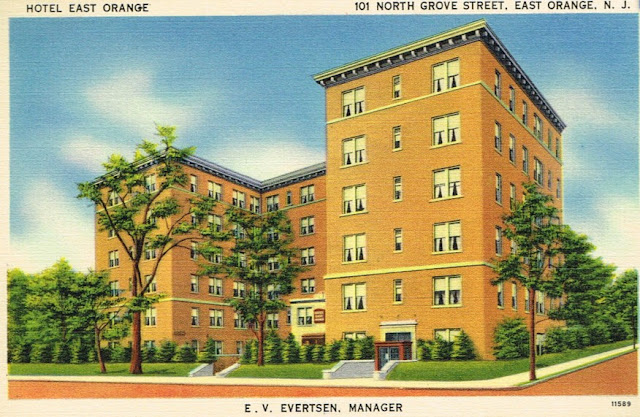 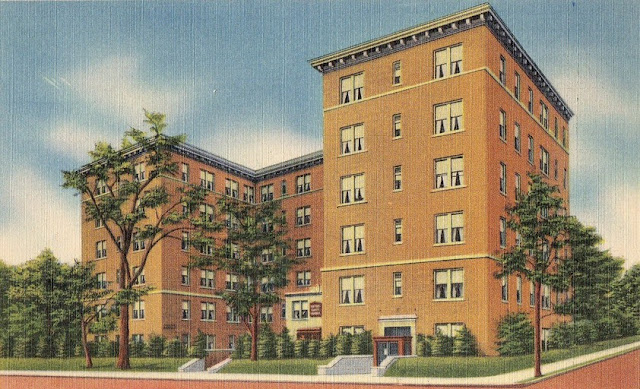 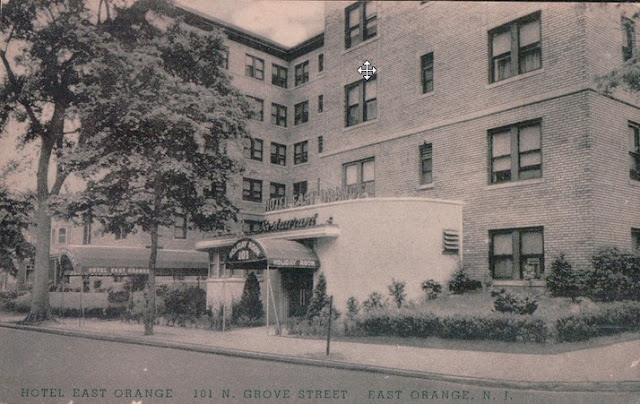 Built about 1926 the Hotel East Orange was on Grove Street at New Street. Because Grove was on the high ridge between the Newark line and Arlington Avenue, Grove Street was developed much earlier than the lowlands to its east and west, and in the early 20th century, the new hotel and tall apartment buildings along Grove were replacing large houses and estates, some of which had been there a hundred years or more. 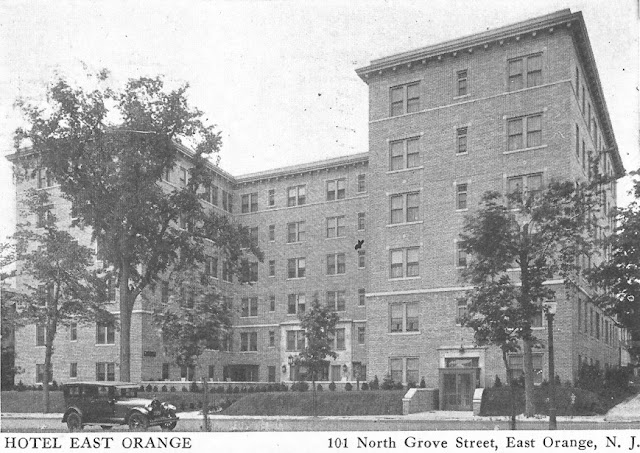 One former Stockton student has written that the actor John Amos (Mary Tyler Moore Show, Good Times, and Roots) lived on adjacent Division Place and worked at the Hotel East Orange in the 1950's. Mr. Amos was a 1958 graduate of East Orange High and a highly touted fullback on its football team. 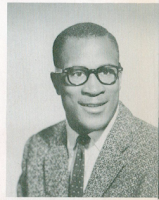 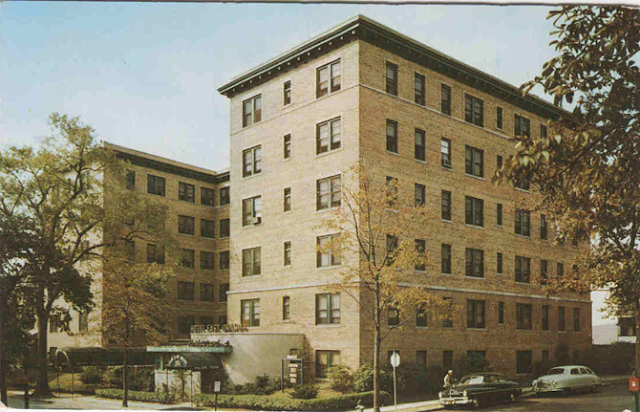 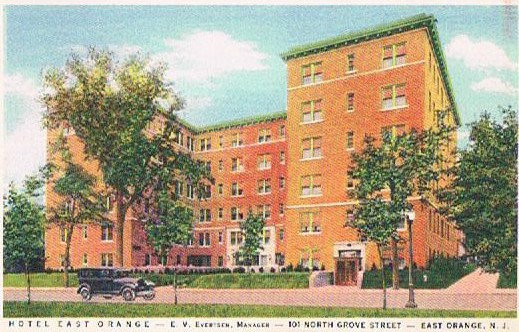 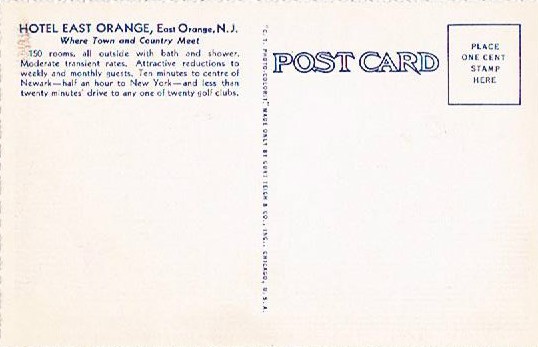