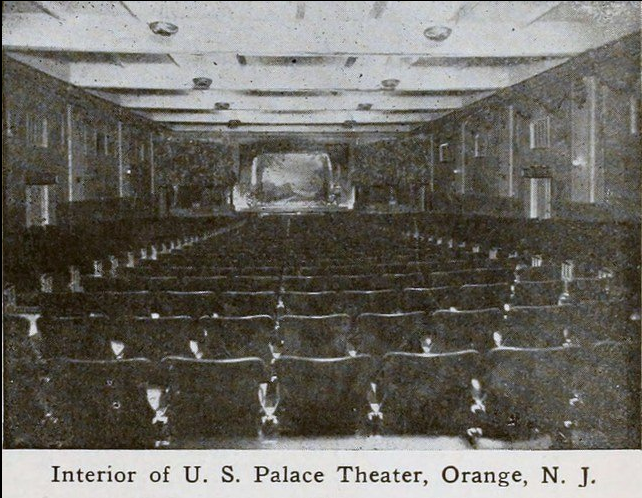 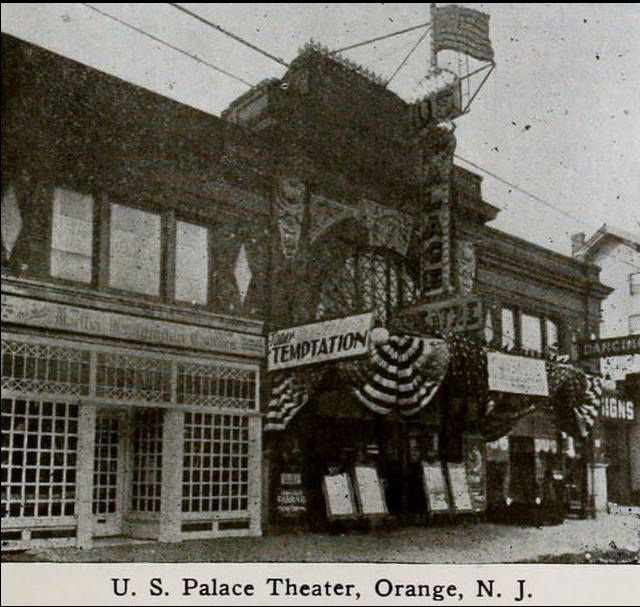 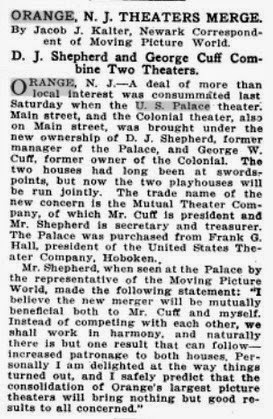 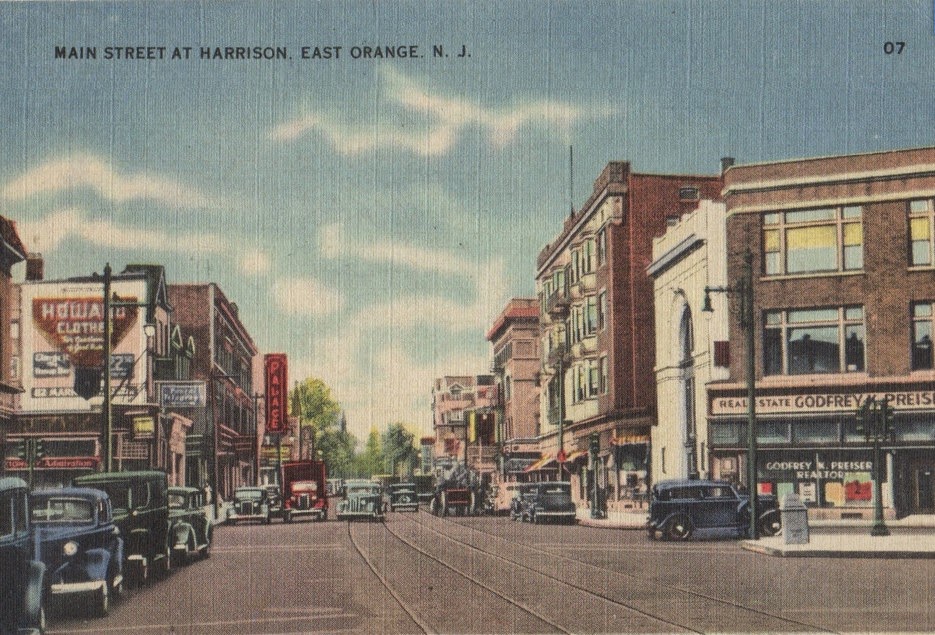 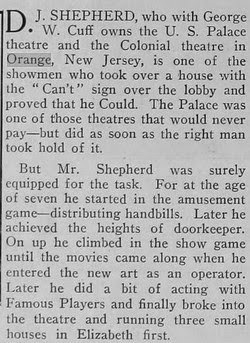 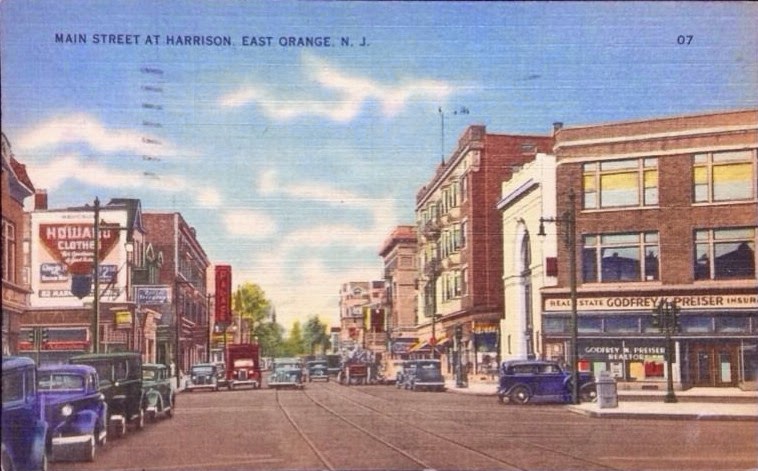 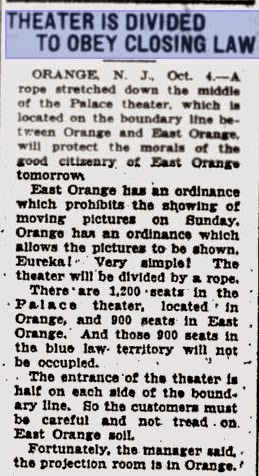 Below: In 1937 The Palace Theater was remodeled in Art Deco style. 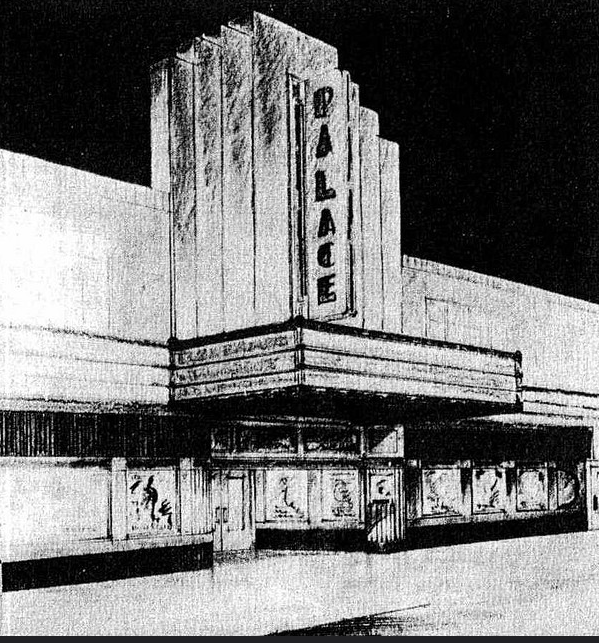 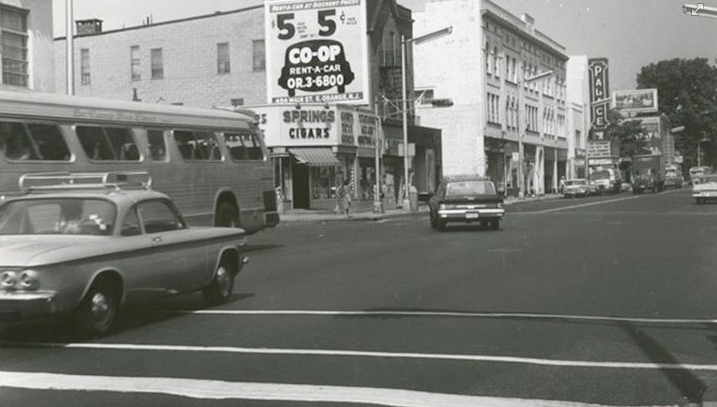 The Palace auditorium was bisected by the city line between Orange and East Orange, and prior to repeal of some of the old Sunday Blue Laws, the left side of the auditorium had to be roped off on Sundays, as East Orange forbade the showing of movies on Sunday and all seating had to be within the Orange city limits!

Oct 2, 1930, The Olean Times Herald, Olean, NY
KEEP SUNDAY LAW WITH ROPE LENGTH (By United Press) Orange, N. J., Oct. 2.--The Palace moving-picture theater, which stands on the dividing line between this town and East Orange, with half of Its seats in one town and the other half In the other, will on future Sundays preserve the piety of East Orange with a length of rope. Orange Is legalizing Sunday moving pictures. But East Orange stands firmly against them, and Mayor Charles H. Martens of East Orange has announced he will rope off his half of the theater "to protect East Orange from the affects of Sunday movies in Orange." 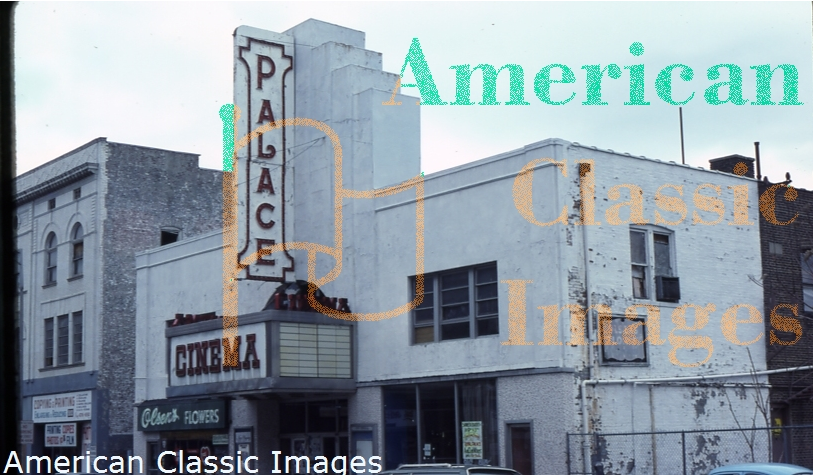 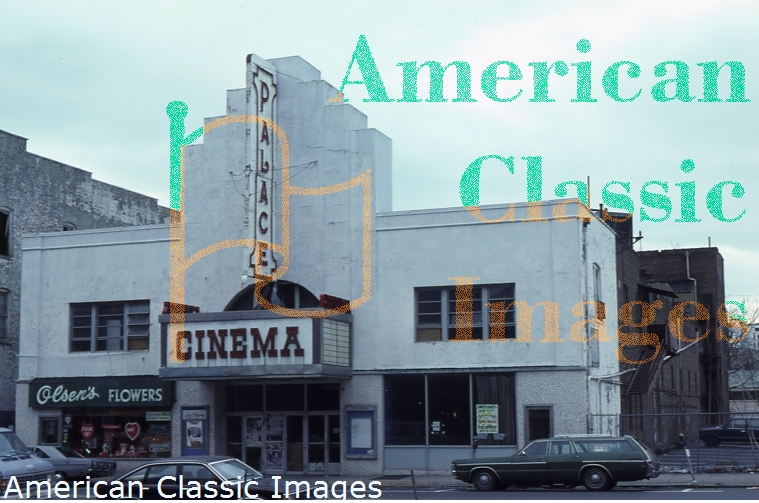 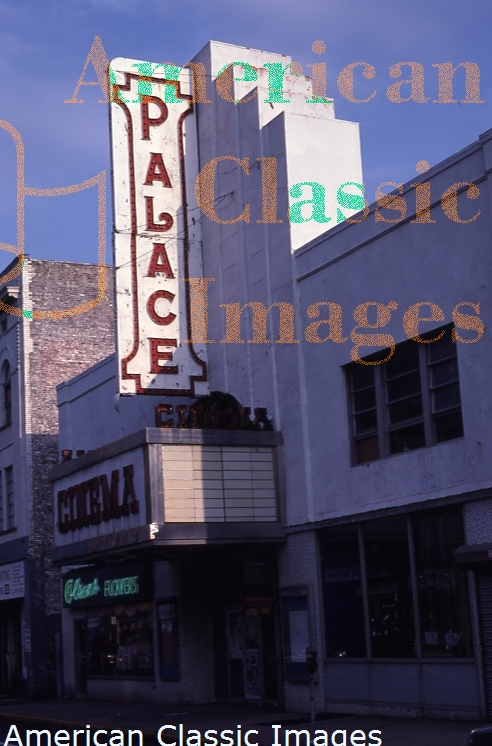