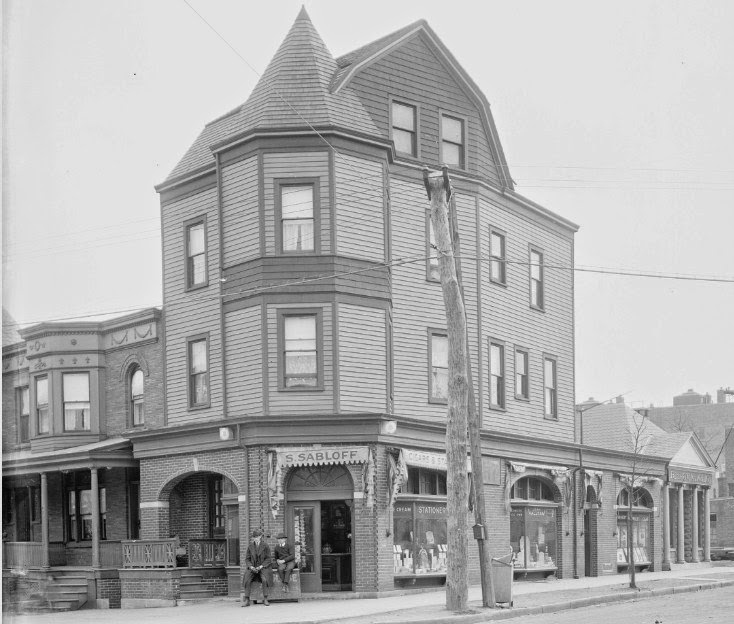 Sabloff's confectionary store at 101 Eaton Place was one one of the most important places for kids in the Stockton neighborhood for several decades. It was on the SE corner of Greenwood Avenue and Eaton Place, just a block from Stockton School and a few hundred feet from the Eaton Place entrance to The Oval. The store was best known for ice cream and candy, but it also had magazines, newspapers, comic books, and fountain drinks. 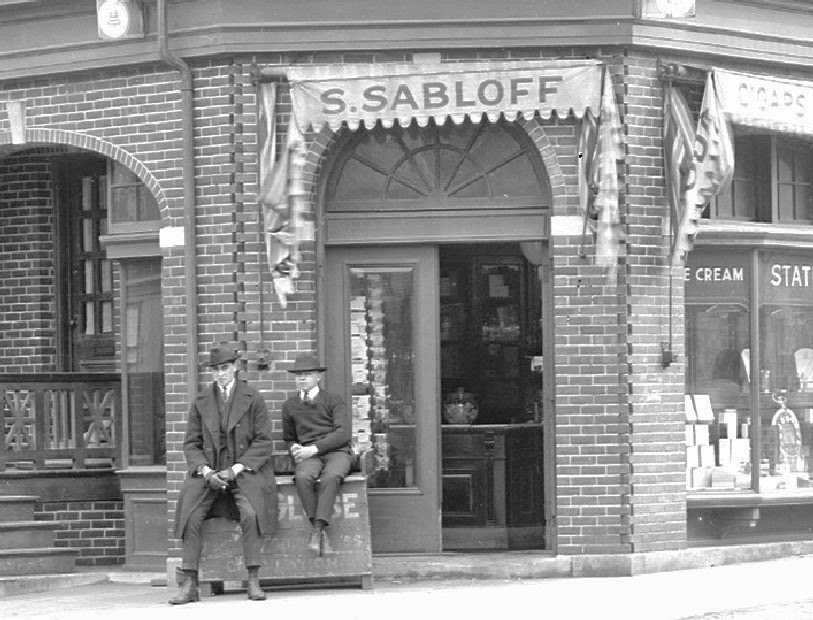 Below: The building (on the left) in 1916 that eventually was Sabloff's; view is looking south along Greenwood Avenue across the Lackawanna railroad toward Main Street 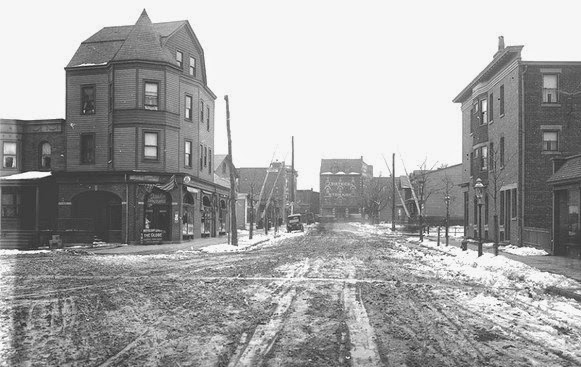 Sidney and Ida Sabloff, both Russian immigrants, operated the store and lived above it.

Below: Herbert Sabloff, son of Sidney and Ida, as a senior in the University of Maryland Dental School yearbook 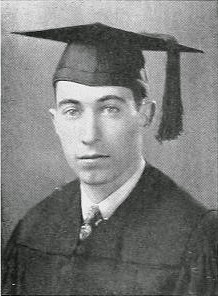