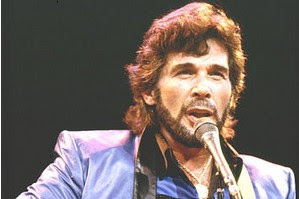 Edward Thomas Rabbitt was born in 1941 in Brooklyn, but his family moved to East Orange when he was a young child.

According to the 1950 census Rabbitt lived at 118 North 19th Street, between Park Avenue and William Street. Another student says the family later moved to 4th Avenue.

Eddie attended Our Lady of All Souls School on Grove Street near 4th Avenue and graduated from 8th grade there in 1956. He probably then began high school at East Orange High, but dropped out soon after. (there is no mention of him or photo of him in the 1957 or 1958 East Orange High yearbooks)

Below: the graduation program for the 1956 8th grade graduation class of Our Lady of All Souls school. 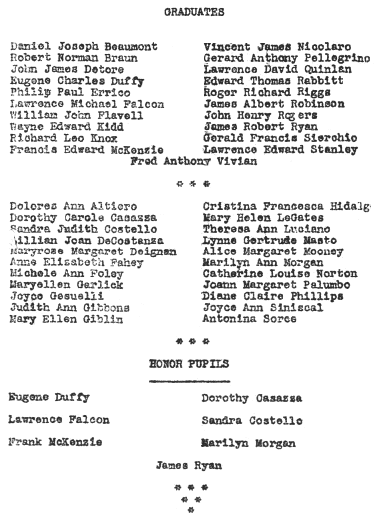 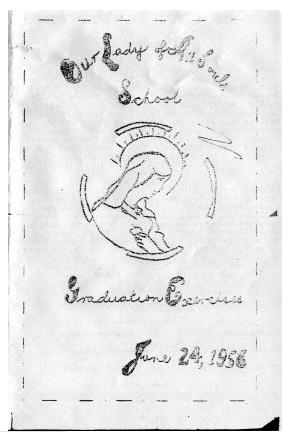 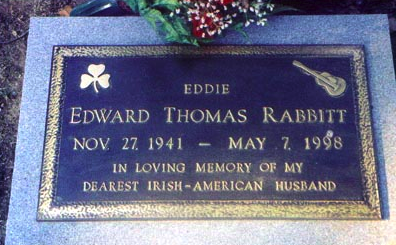 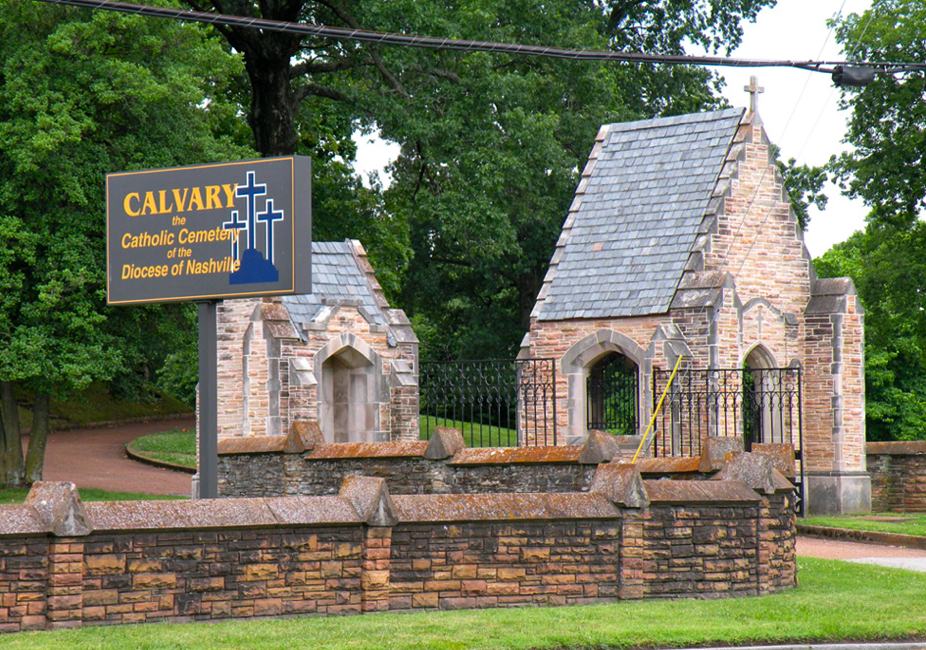 Below, from several sources:

"100% Irish, his father, Thomas, emigrated from County Galway to the U.S. in 1924, while his mother, Mae, came from County Mayo. The name “Rabbitt” is Gaelic for “counselor to chiefs.” Although born in Brooklyn on November 27, 1941, Eddie was raised in East Orange, NJ. Eddie was exposed to music from an early age, listening to his father playing Irish jigs and reels on the fiddle and accordion. Eddie started to play guitar at age 12 (being taught by his scoutmaster, Tony Schwickrath, who performed as “Texas Bob Randall.” Eddie began entering talent contests. In 1953 Eddie wrote his first song, Susie."

[Several sources cite Tony Schwickrath as not only Eddie's scoutmaster, but also his neighbor, which would explain why he was able to teach guitar to Eddie]

"Eddie’s parents divorced while he was in high school, with the result that his grades dropped and he dropped out and hit the road. (He later got his high school diploma at night school). He had various jobs including driving a truck, working as an attendant in a mental hospital, working in an electronics plant and scooping ice cream at a Howard Johnson’s. In 1964 he got a job singing in the Six Steps Down club in East Orange, NJ. That same year Eddie made his recording debut on 20th Century Records with “ext to the Note/Six Nights & Seven Days. Eddie hopped a Greyhound Bus to Nashville in 1968 with $1,000 to his name."

Eddie Rabbitt may be in the 1947 kindergarten photo below, but he has not been identified yet 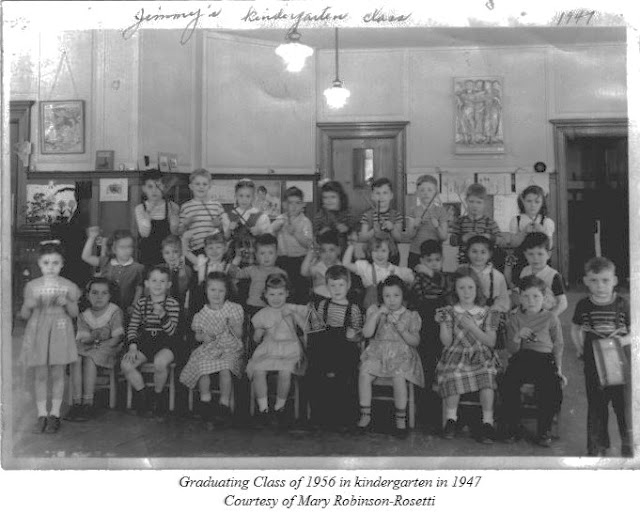