East Orange Station of The Lackawanna RR Circa 1910

The East Orange Station is the station where Main Street crosses the railroad. On an 1878 map the station in this area is described as the "Orange Junction" Station (through much of the 18th and 19th centuries Main Street through the Oranges and Orange Street through Newark was called Orange Road). What was later called the "Grove Street" Station is described as the "East Orange" Station on the same 1878 map. An 1890 map shows the current names. 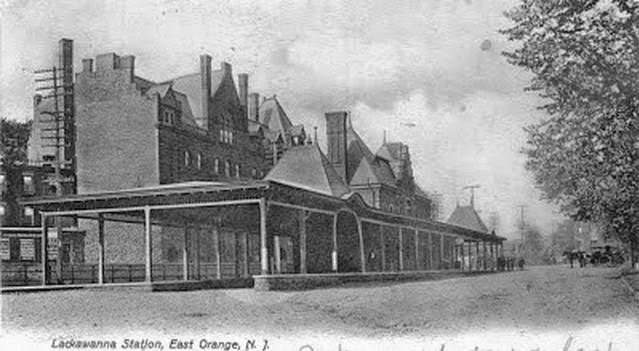 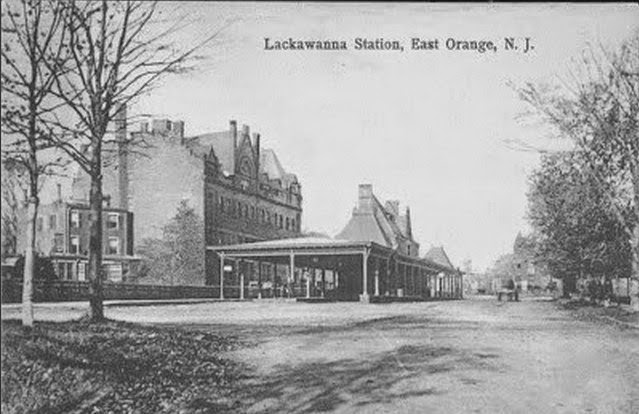 Above: looking west
Below: looking east; the Lackawanna station is on the left and the Commonwealth Building is on the right 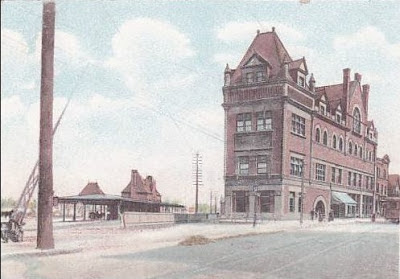 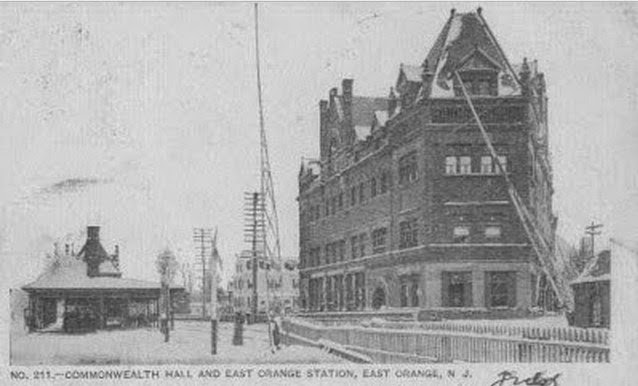 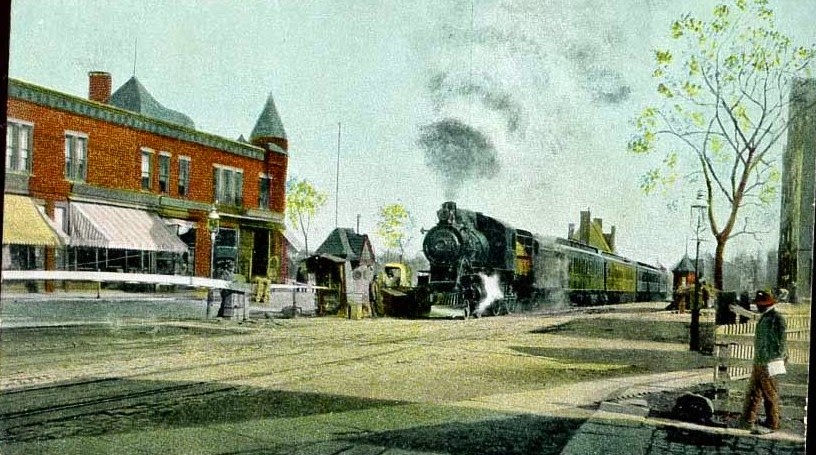 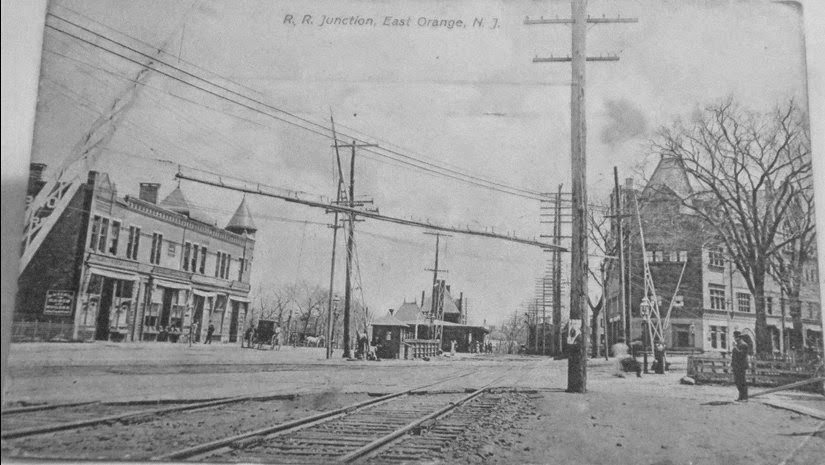 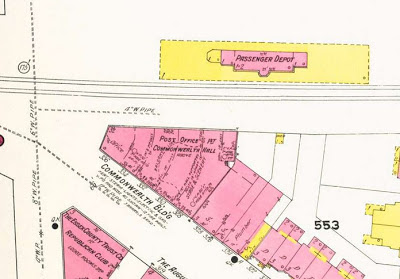