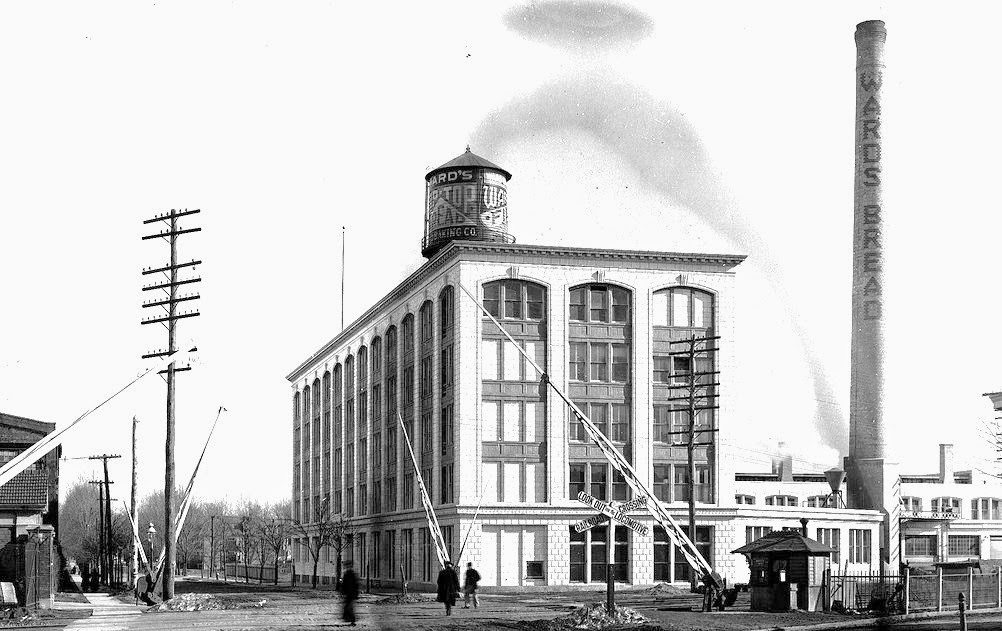 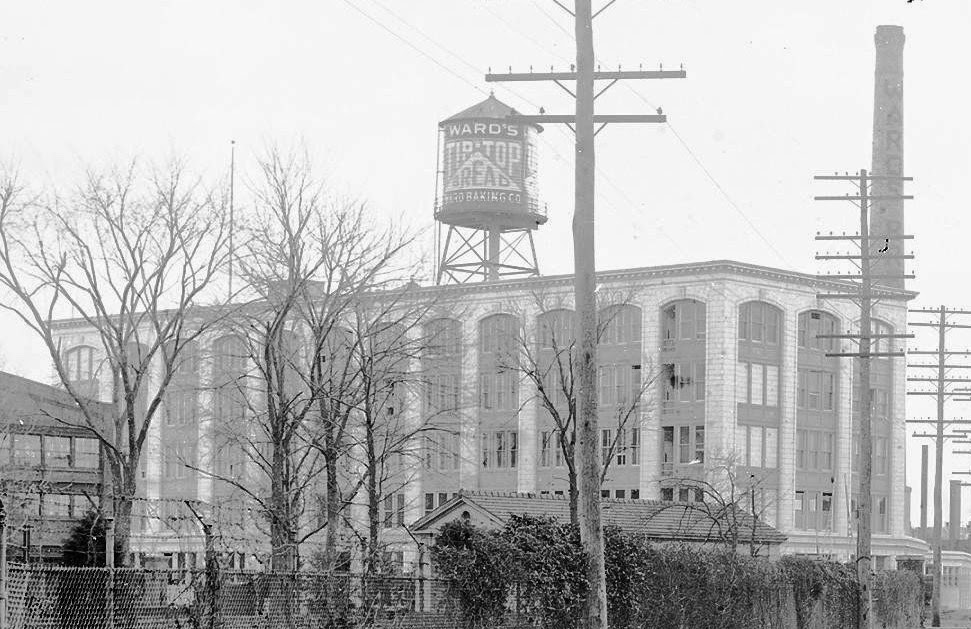 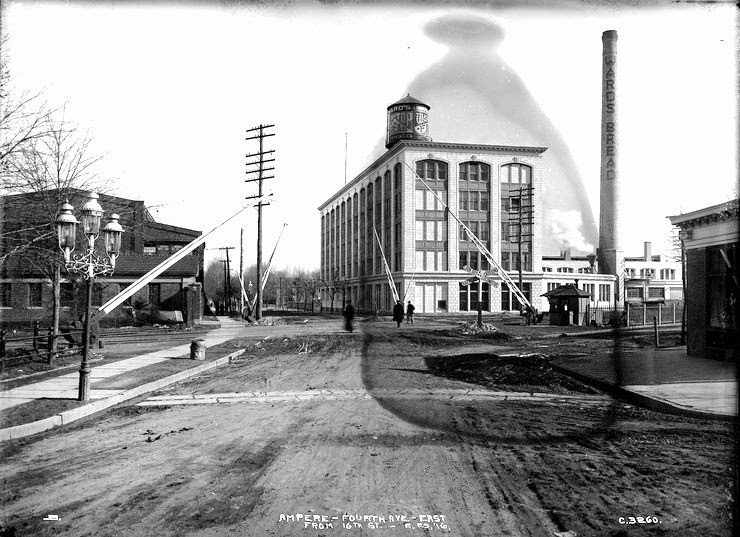 The Ward Bakery (makers of Tip-Top bread) began operating in 1916 at the intersection of 4th Avenue and the railroad in the Ampere section of East Orange. A 1917 Moody's report said the "factory" could turn out 120,000 loaves in ten hours. 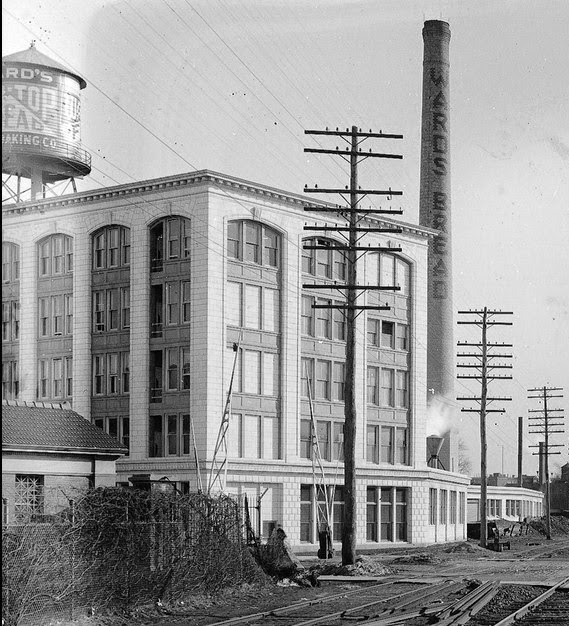 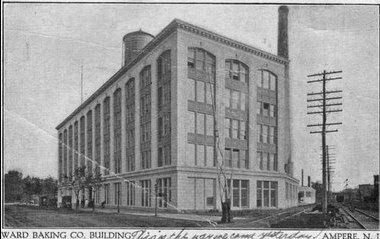 Above: photo was taken near the end of 1915 soon after the bakery was built

In 1911, George S Ward, president of Ward Baking Company, and a team of architects returned from a tour of Europe with plans for two great baking plants for the New York City area. One was built that year in the Bronx, the other in what is now Prospect Heights, Brooklyn. The buildings' most impressive physical feature was the tile work, which, if polished, would make the factory shine. That's how Mr. Ward wanted it, to make the building "the snow-white temple of bread-making cleanliness," as it was described by a bakery publication at the time.The façade was made up of glazed white terracotta tiles and graceful Grecian-inspired arches ran the length of the buildings, front and back. The East Orange building was under construction in 1914 with the same architectural design and in 1921 a $500,000,  5-story addition was
constructed extending the 1914 building. 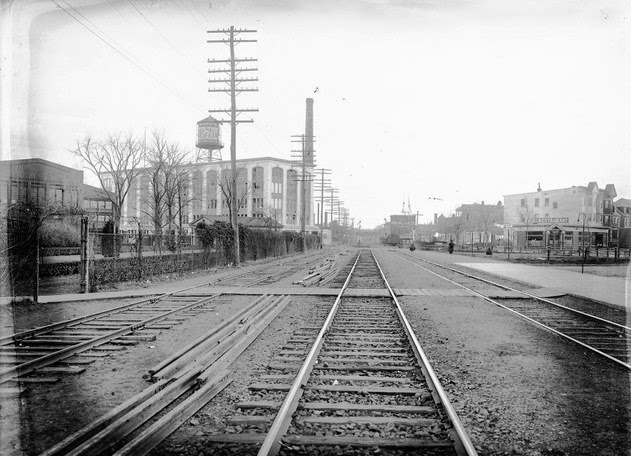 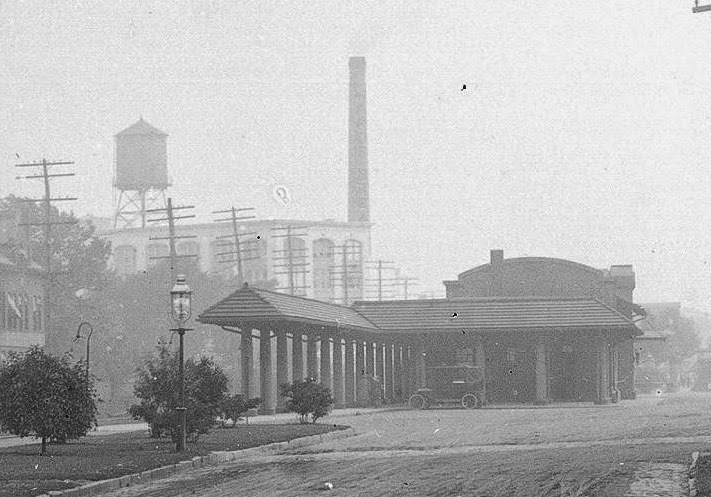 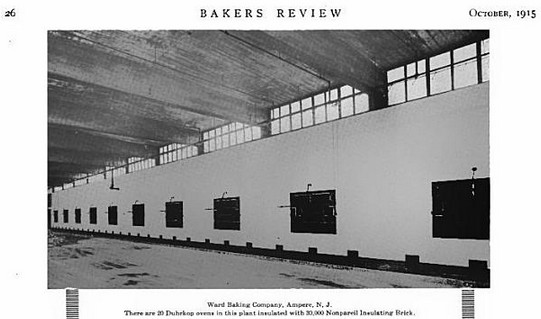 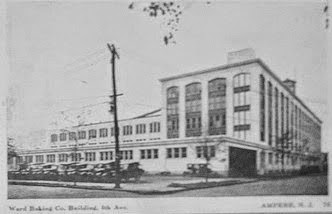 In the 1950's, and probably earlier, Stockton students were walked over to Ward's as a field trip in the 1st or 2nd grade. Each student was given a miniature loaf of Tip-Top bread at the end of the tour. 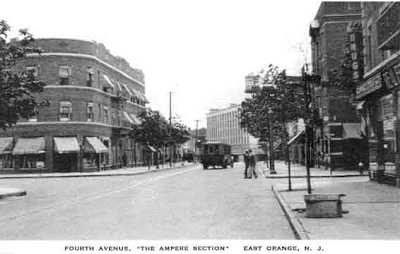 Above: The Ward Bakery building can be seen in the distance in this view from the 1920's 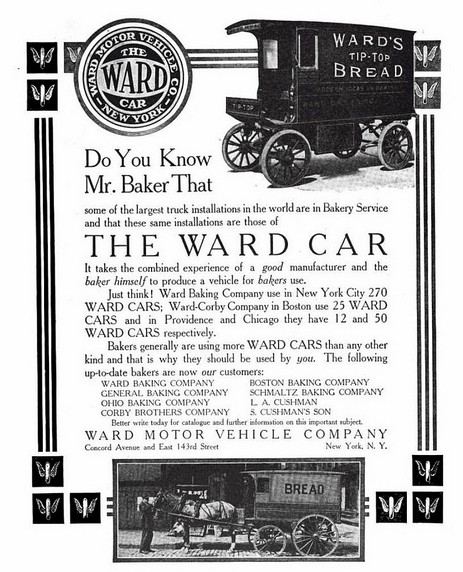 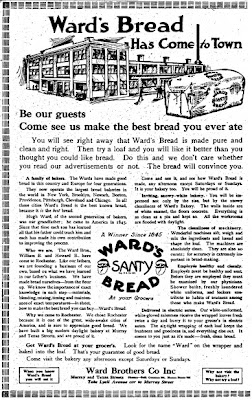 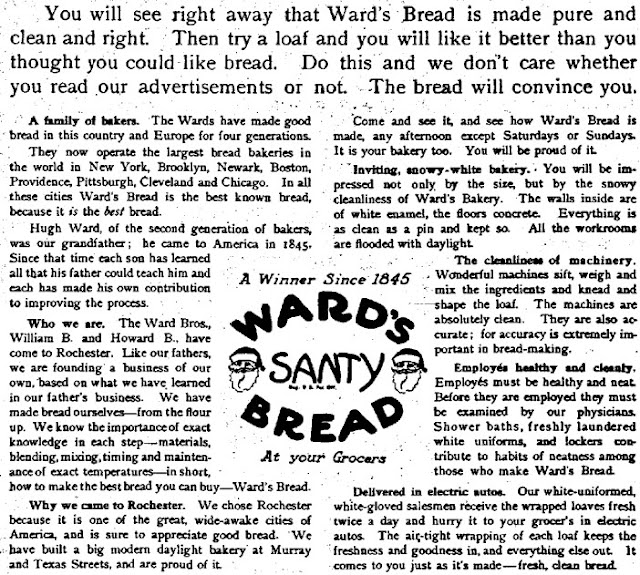 The Ward Bakery closed in 1979 but the buildings were reopened in 1999 as Bakery Village after being redeveloped as a mixed use of apartments, community center, and commercial space. The 1911 Ward complex in Brooklyn was demolished about 2007 despite efforts to save it as a historic structure and the successful 1999 renovation of the East Orange complex was used by opponents of the Brooklyn demolition in their ultimately fruitless fight to save the Brooklyn buildings. 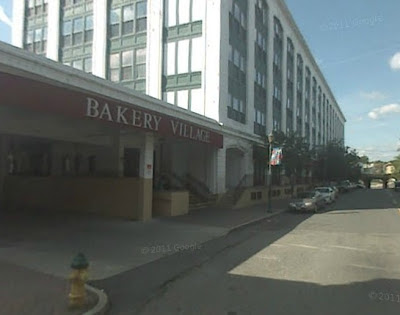 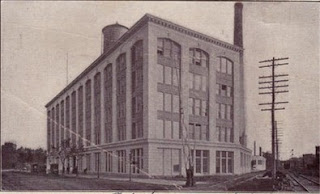 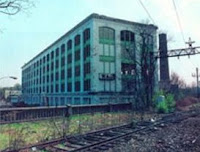 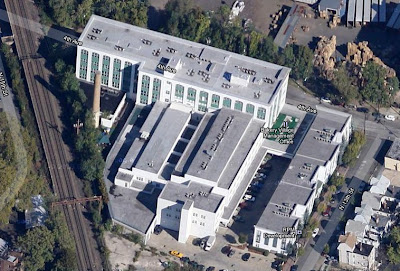 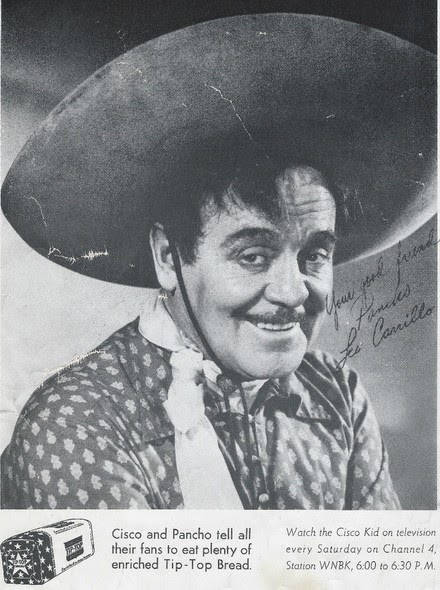 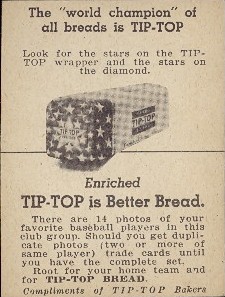 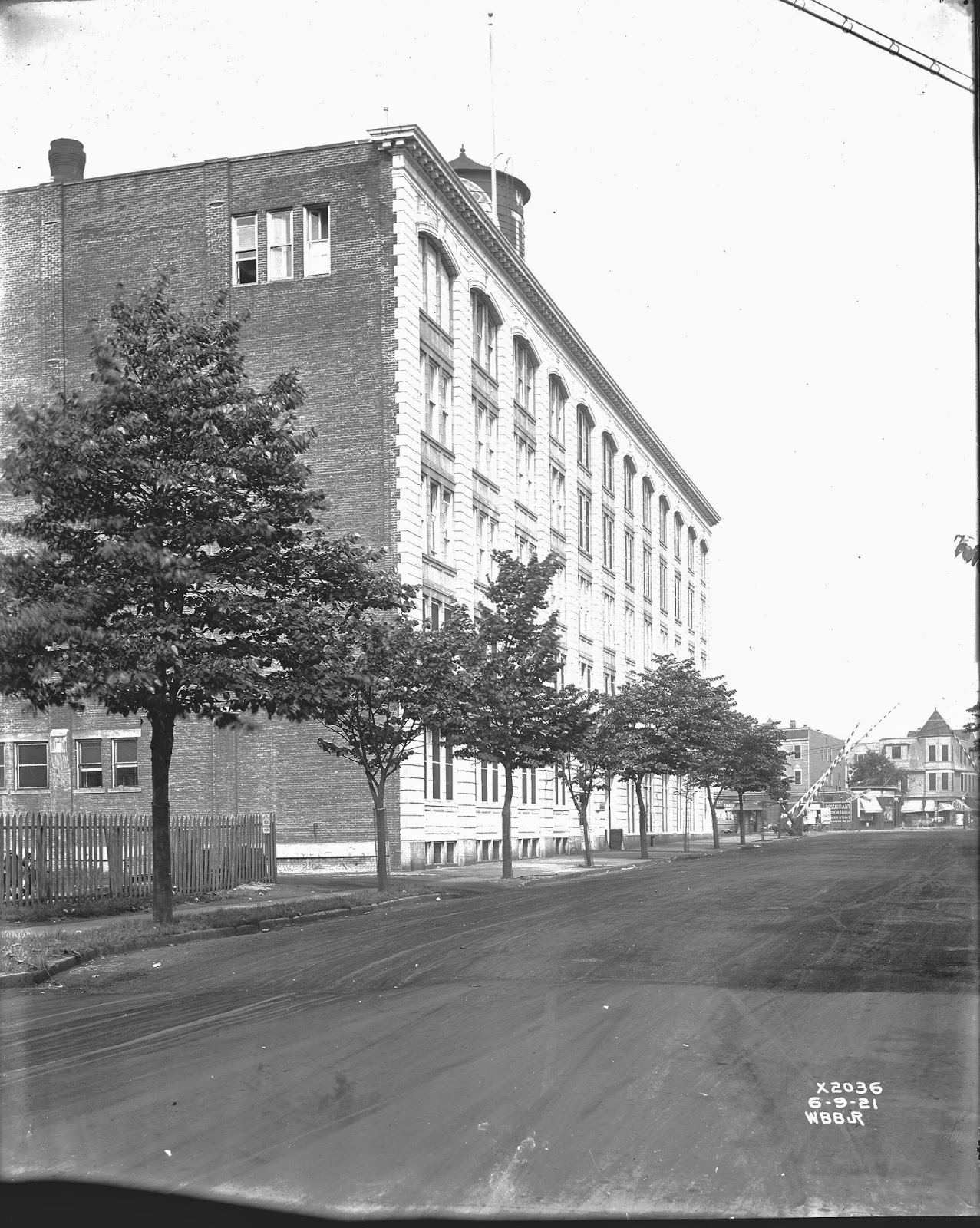 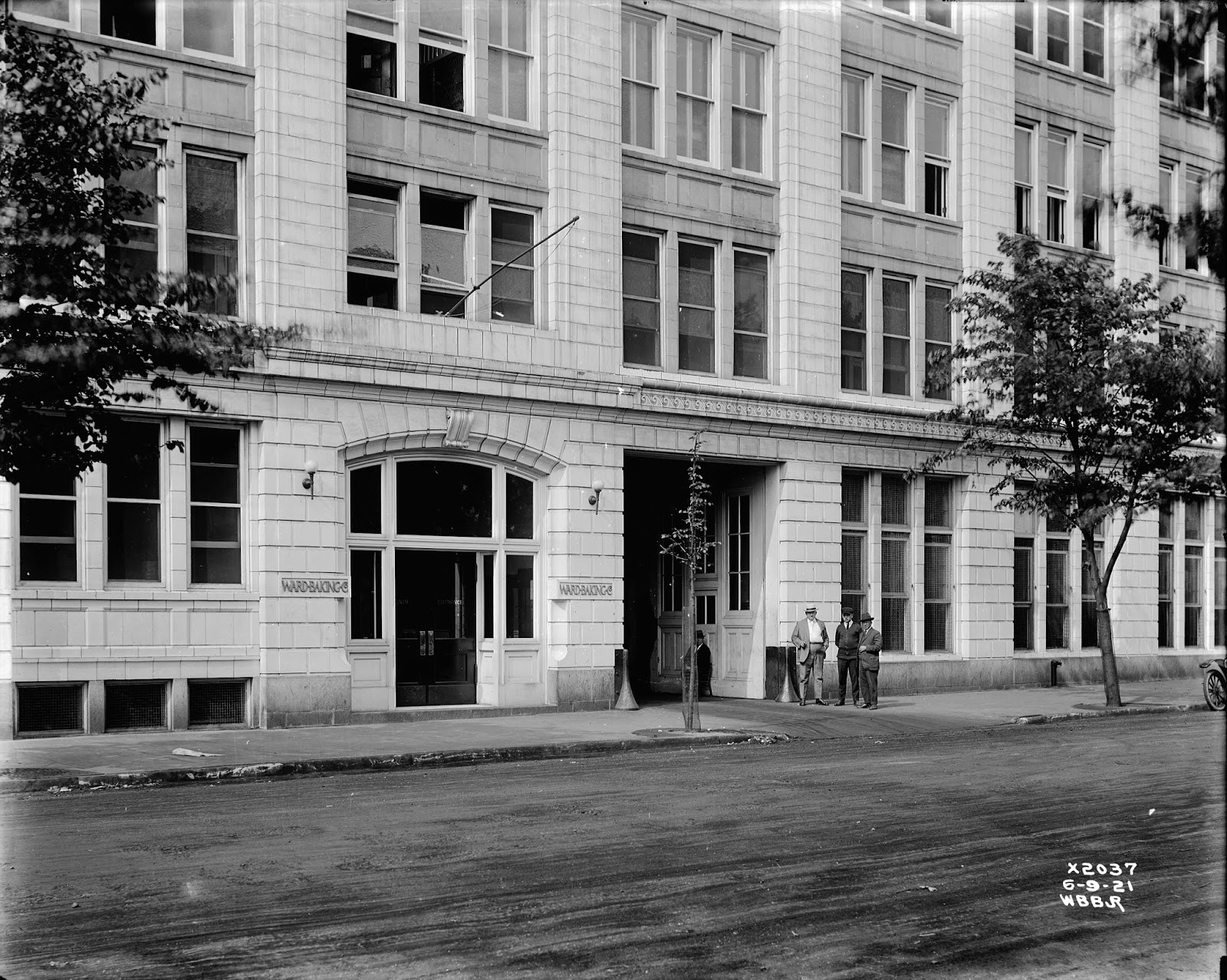 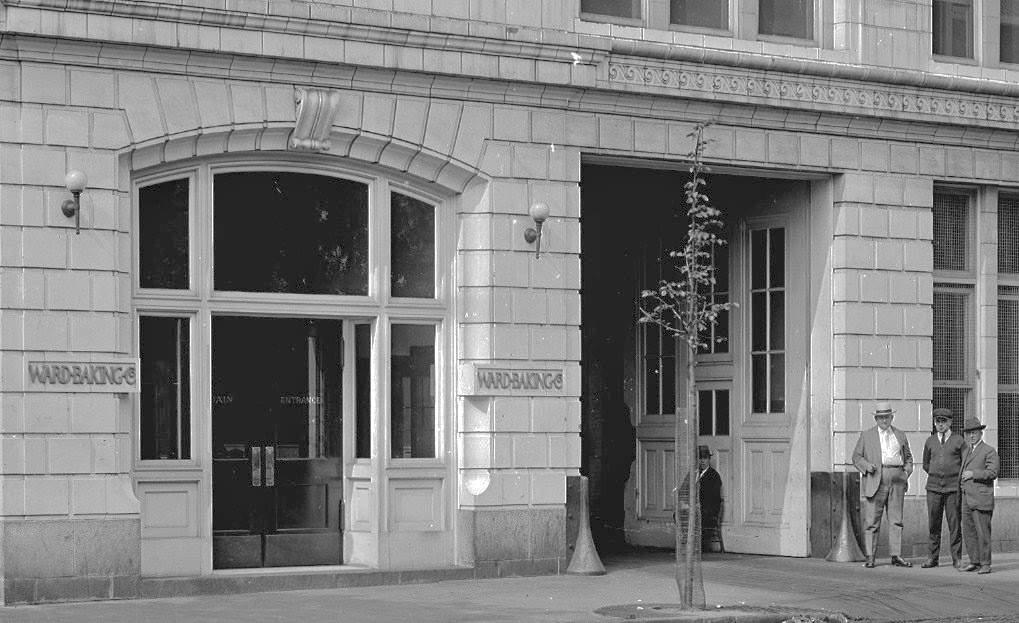 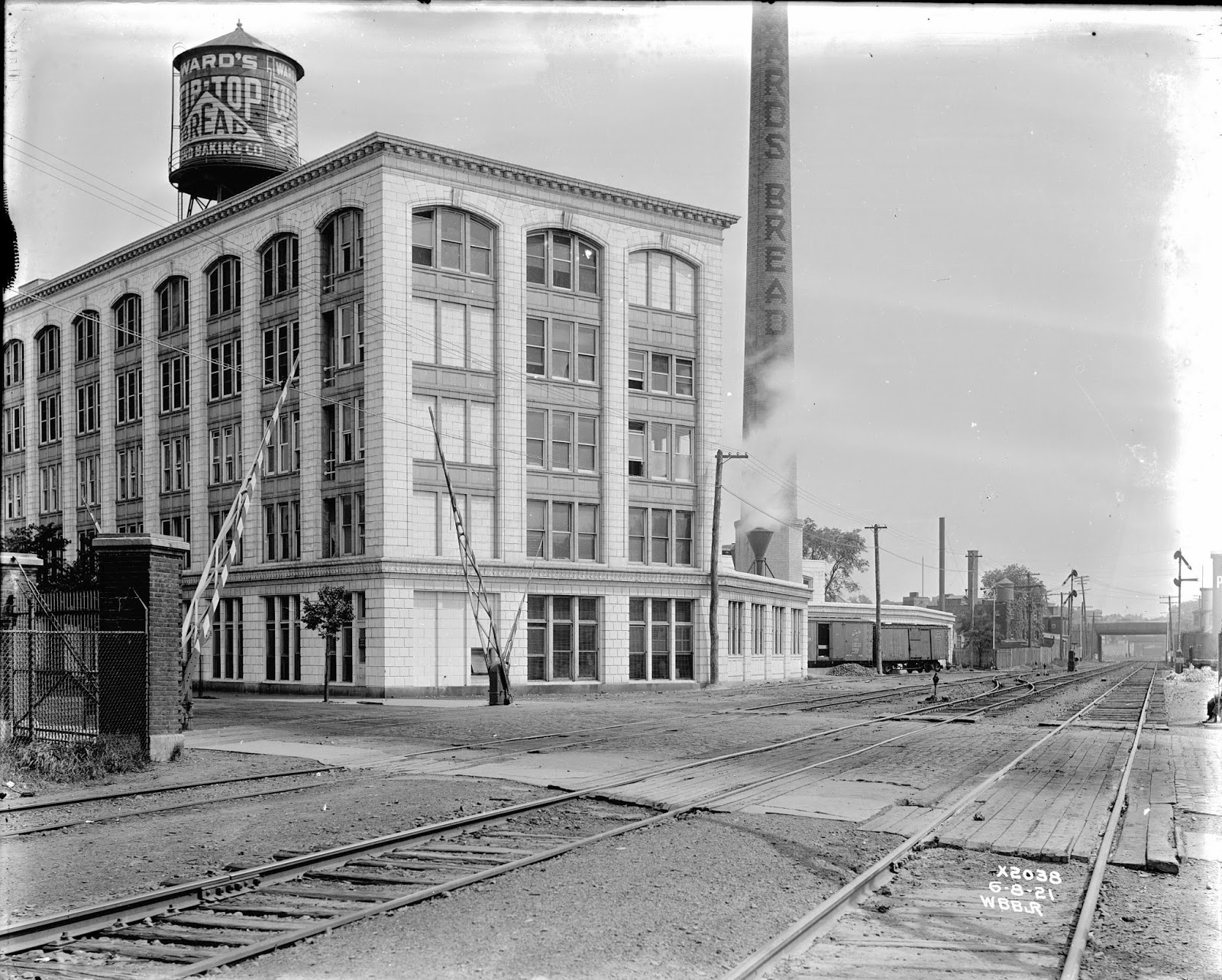 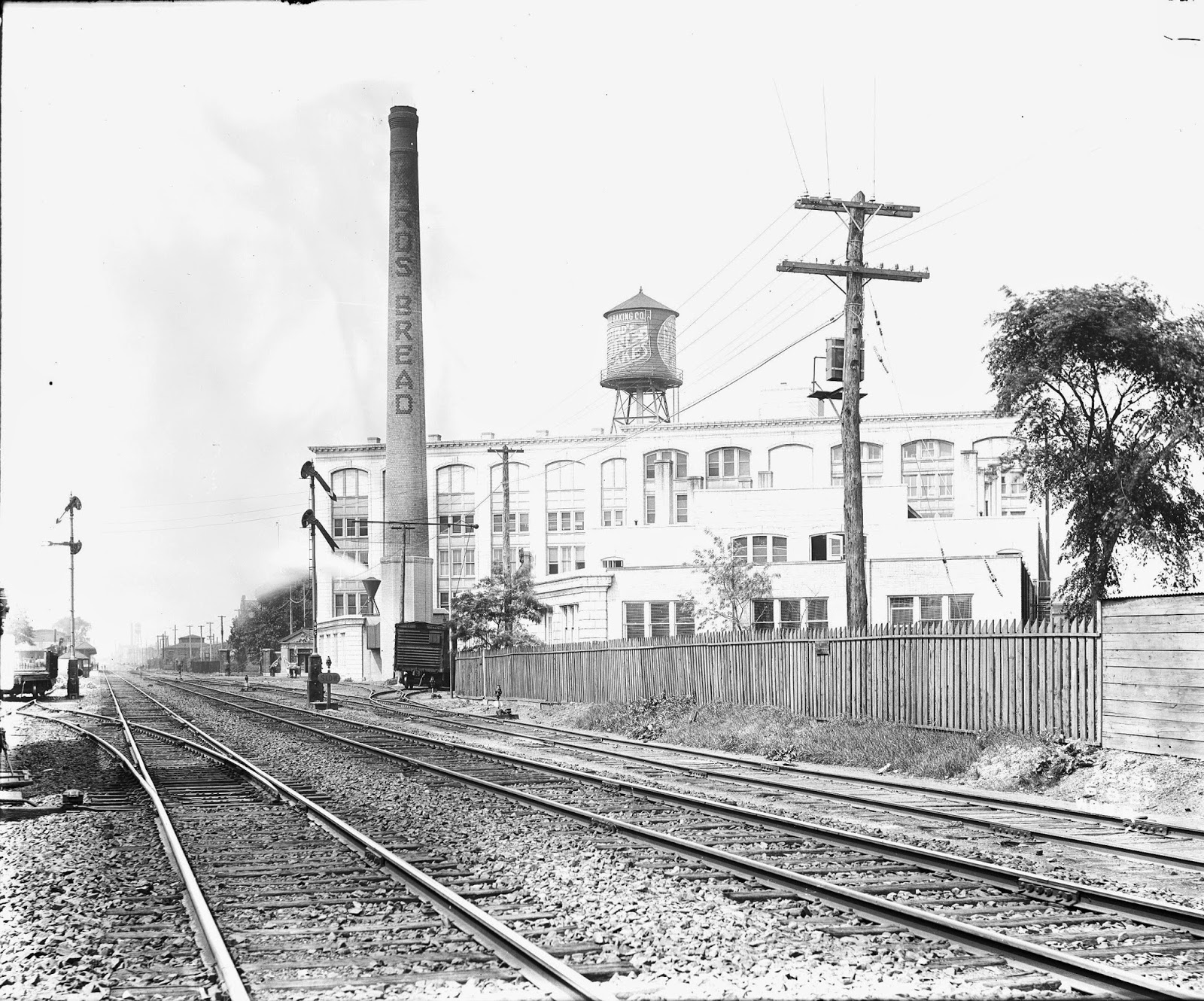 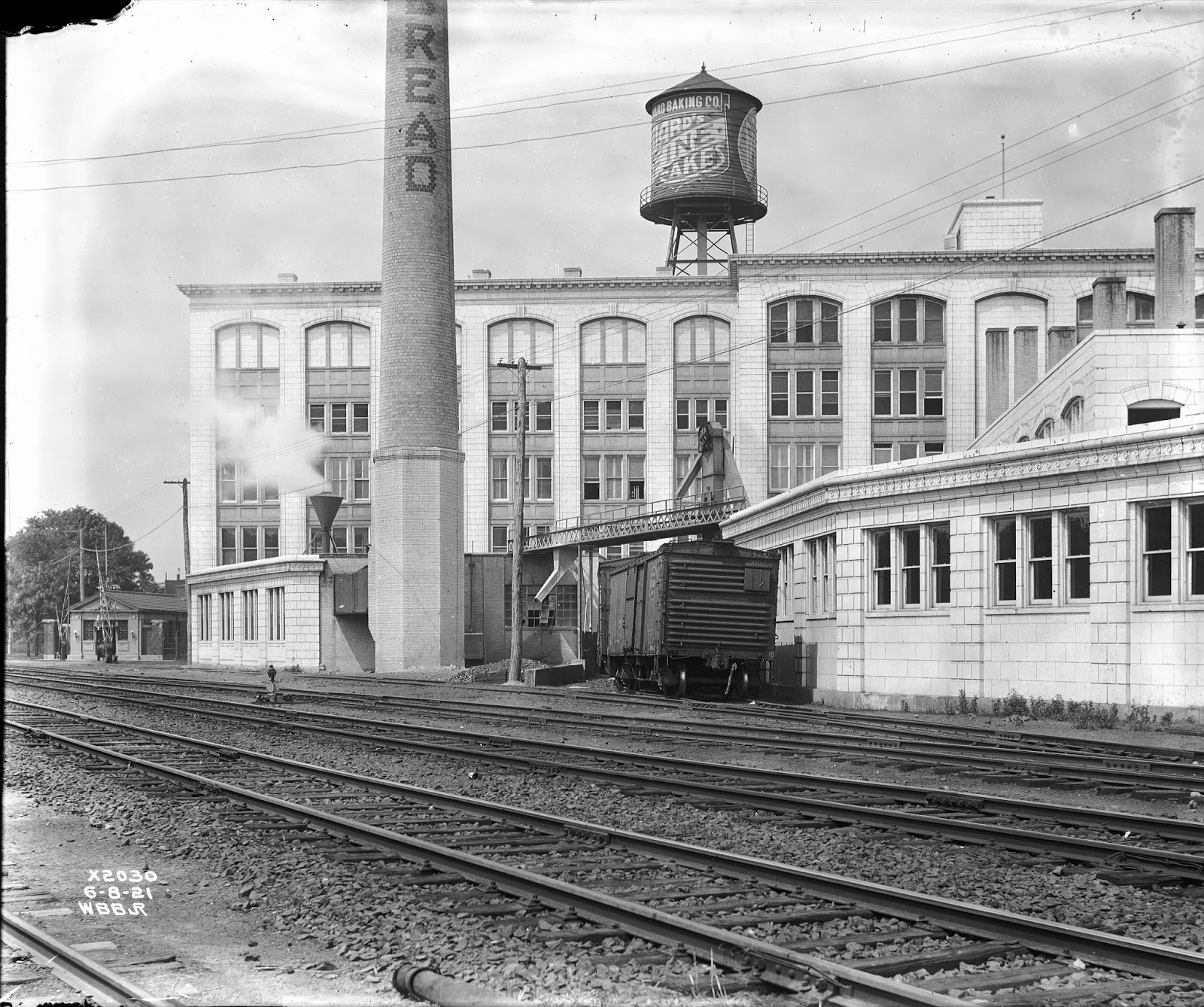 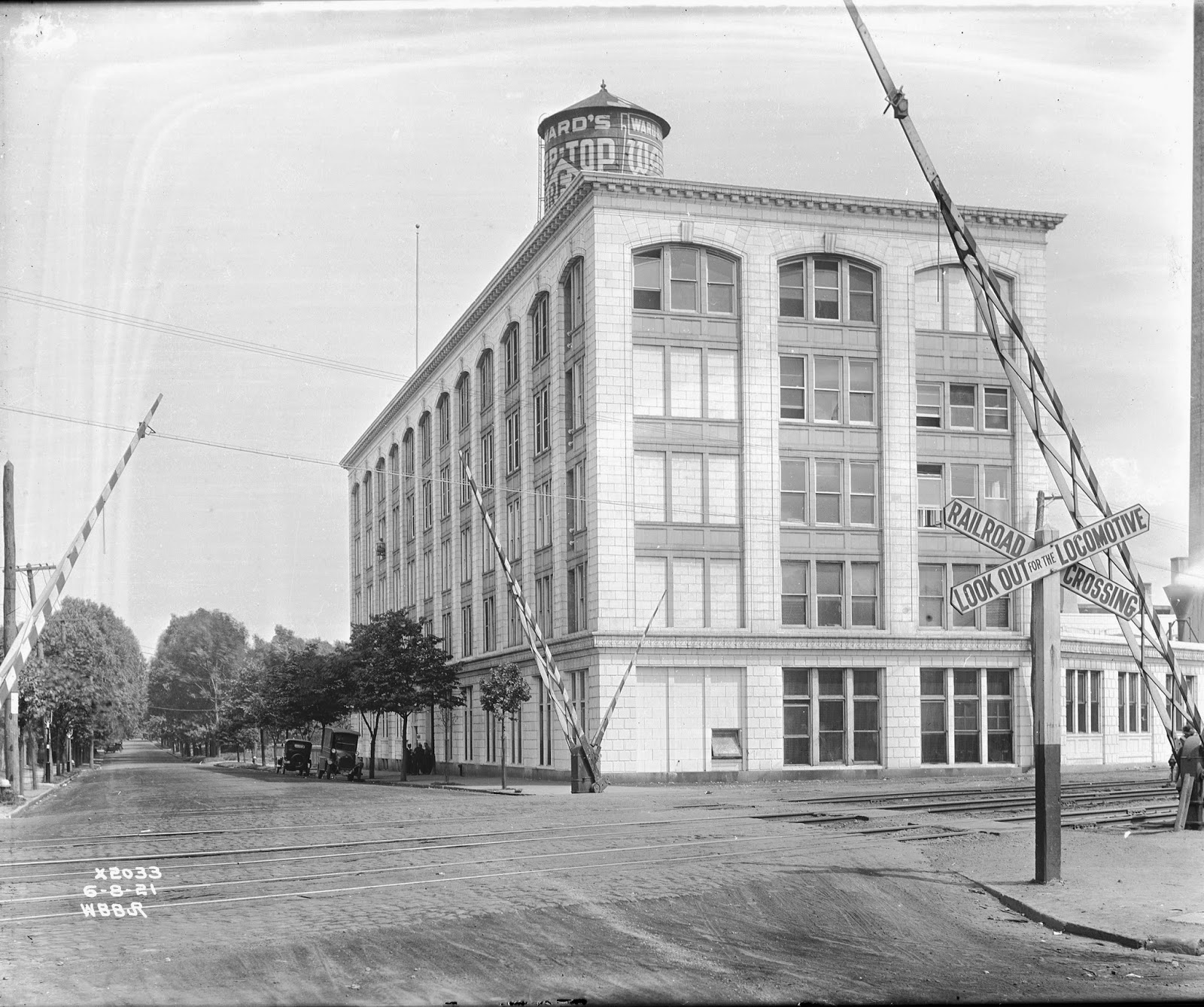