The first Stockton area supermarket was this Kings Supermarket built in 1955 on the NE corner of Main St and N. Grove St. across Main St from The Beacon Movie Theater. The site had been the longtime location of First Congregational Church until the church burned down in December 1952. 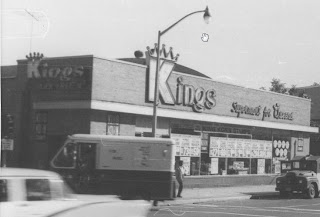 The Kings chain had been started by the Bildner family in Summit in 1936 with Kings and similar chains quickly replacing small square-footage, full-service grocery stores with  large self-service stores which quickly became known as supermarkets. The New Jersey and Long Island suburbs were at the forefront of this revolutionary change. 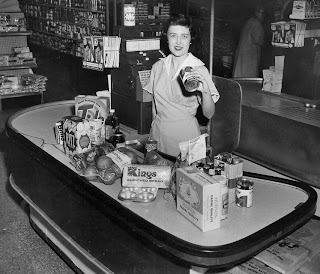 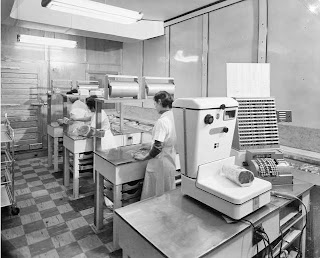 Above: inside the prepackaged (a fairly recent innovation) meat department of the new East Orange Kings Supermarket 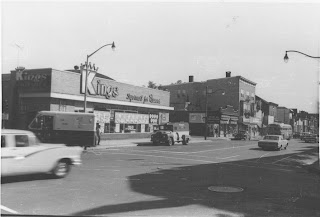 By 1966 Kings Supermarket was still there but much of the surrounding neighborhood had been bulldozed to make way for I-280. Shortly after, the supermarket met the same fate. 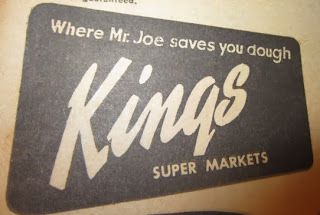 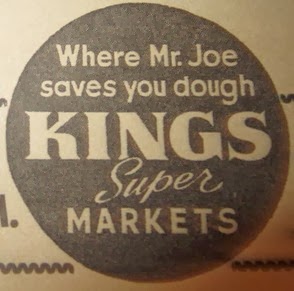 Exterior photos were taken by Dr Sam Berg in October 1964 and are courtesy of the Newark Public Library.

More info about the Bildner family and Kings at Rutgers
Posted by Jeff S at 2:39 PM