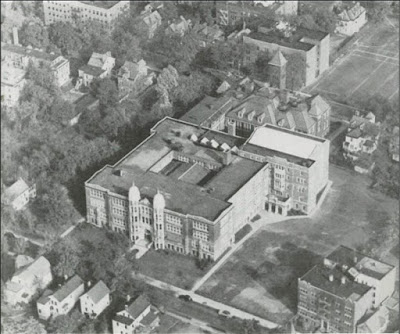 "Immediately after the consolidation of the school districts, the town purchased a lot on
Winans Street and the erection of a high school building was undertaken. It was finished
in December, 1891, and contained 10 recitation rooms, two large study halls, a drawing
room, a chemistry laboratory and a gymnasium."  * 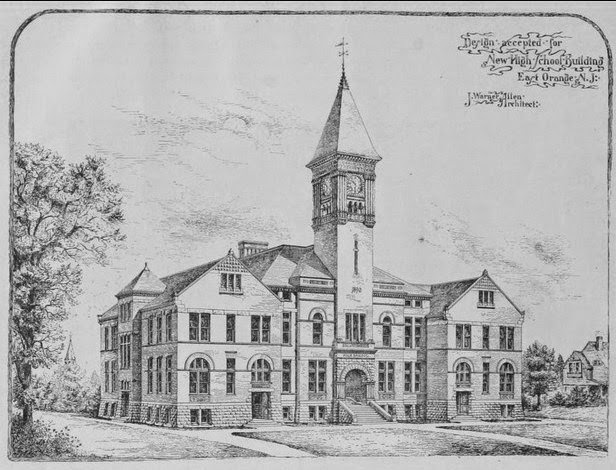 The tower was 90 feet tall. 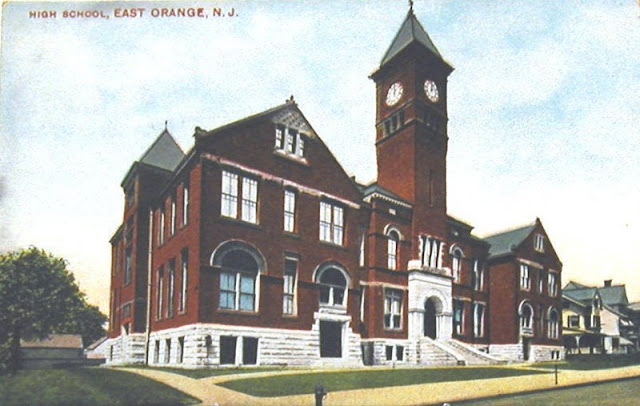 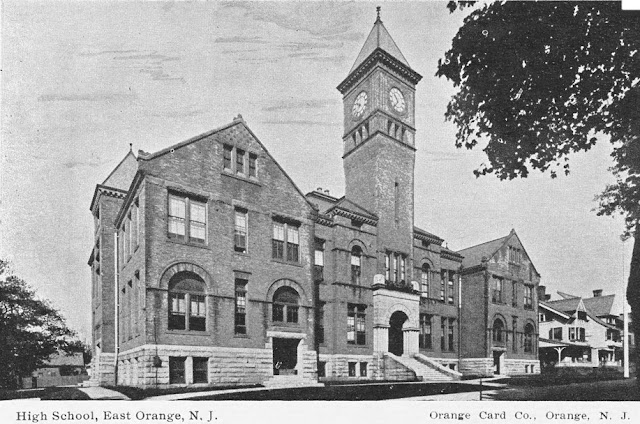 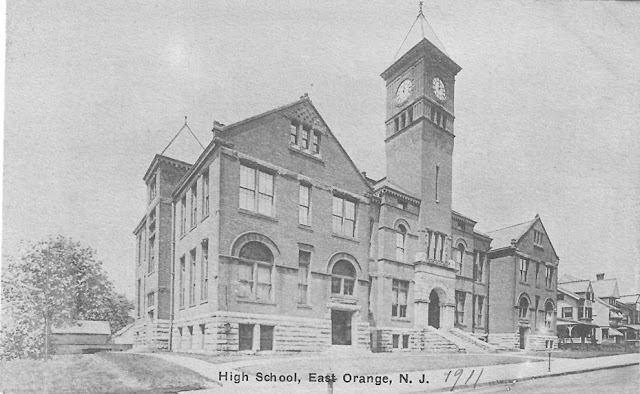 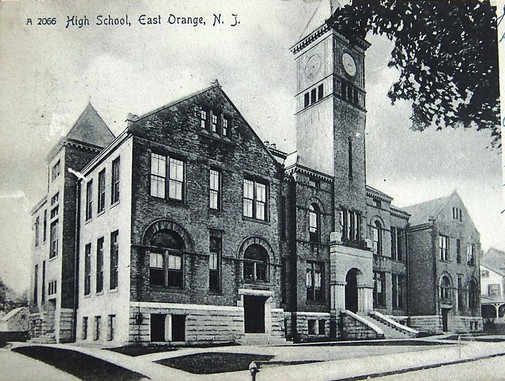 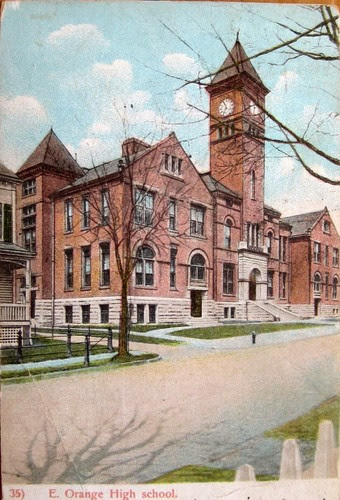 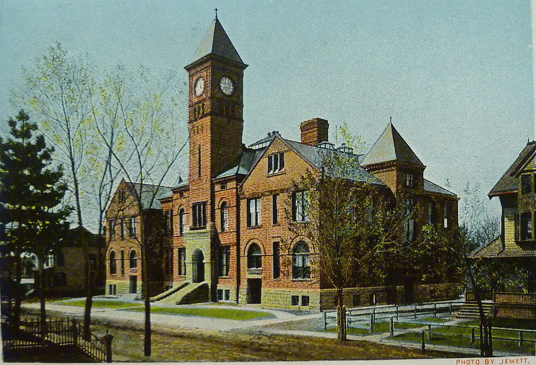 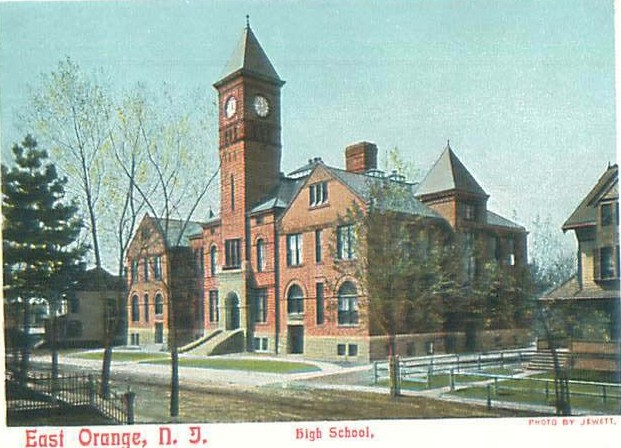 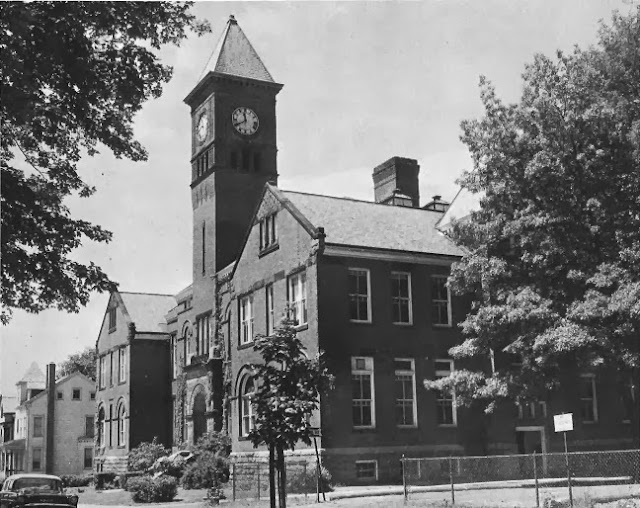 Image below is from an 1895 insurance map 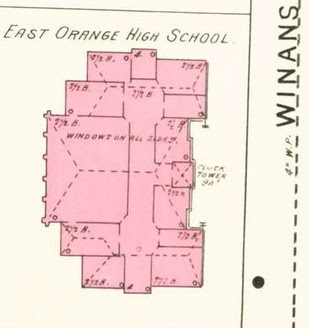 "By 1899, the rapid growth of the high school population induced the Board of Education
to buy a piece of property on North Walnut Street, adjoining the high school, and shortly
thereafter began erecting an addition. Joined to the 1891 building on the north side, the
new edition was ready for occupancy in September, 1911, holding 750 boys and girls.
Graduation exercises, held up to that time in Ashland School, were celebrated in the new
high school auditorium for the first time in June, 1912." * 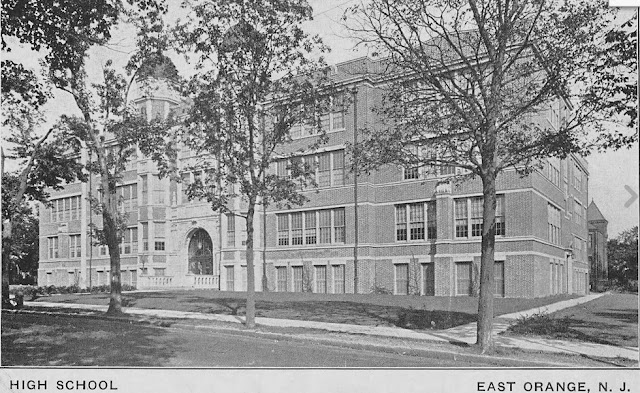 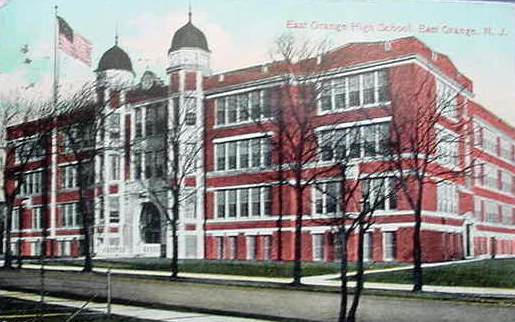 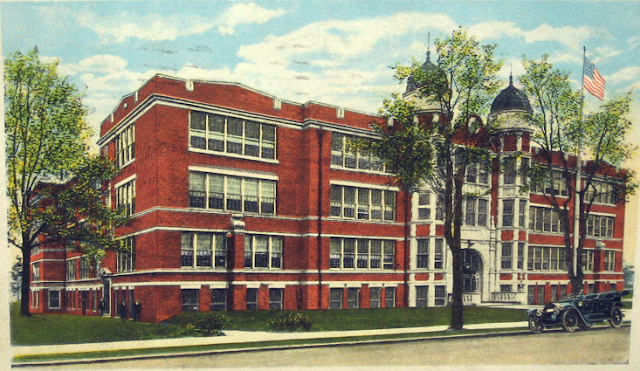 I was inside the high school only once: In 1955 during the Davy Crockett craze caused by the Walt Disney miniseries, an event at the East Orange High School auditorium was advertised as featuring an appearance by "Davy Crockett." We kids packed the place but when "Davy Crockett" walked out onto the stage we were stunned to see that it wasn't Fess Parker, everyone started booing, and that's my only memory of the event. 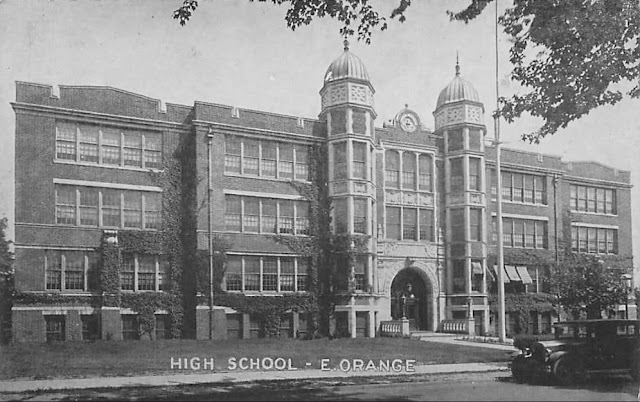 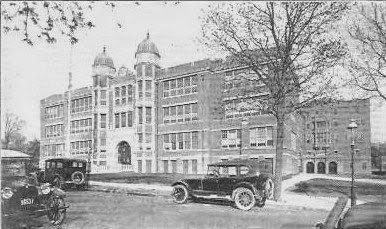 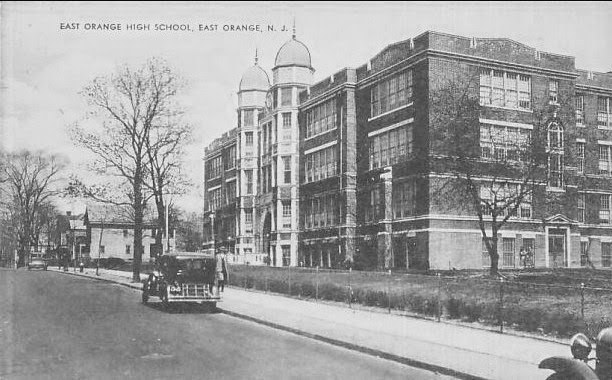 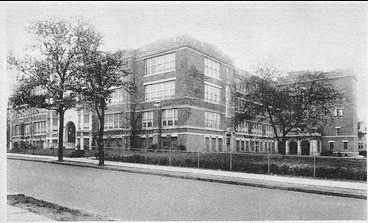 Image below is from a 1911 Sanborn insurance map

*text from a 1963 history of East Orange celebrating the city's centennial
Posted by Jeff S at 3:21 PM