The Orange YMCA was only a few hundred feet from the East Orange line just a short ride by bicycle, car, or bus from the Stockton School neighborhood.

I attended day camp there for several summers with the mornings spent in swimming lessons at the Y and the afternoons at a camp in South Mountain Reservation where we were grouped by age into various "tribes," Crow and Blackfoot being the only ones I remember, and we hiked, learned archery, and made leather wallets. 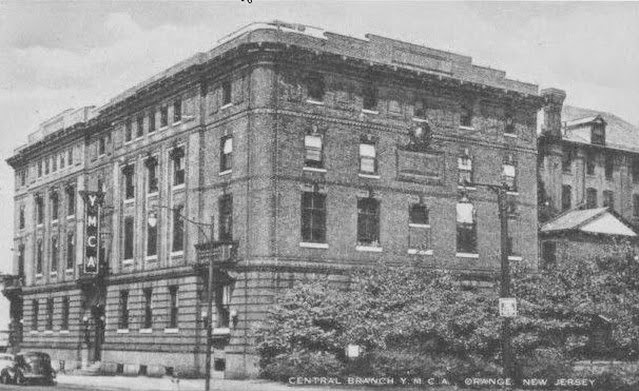 Unfortunately, the swimming lessons were a problem. My father did his best to help me learn when I was young even though opportunities were rare, an early 1950's trip to Lake Mohawk, a visit to a SC lake, occasional visits to the Jersey shore. But it didn't take. I was a terrified sack of skin and bones and sank immediately. My father had grown up in the Ironbound section of Newark a few blocks from the Passaic River and I guess he had learned to swim there in what passed for fresh water in those days. Maybe his older brothers just threw him in at an early age. Or maybe there was a bathhouse in his neighborhood or a YMCA.

By the mid 1950's he decided to turn the job of swimming lessons over to The Orange YMCA and I took lessons during summer day camp and took additional lessons at other times... sometimes with me taking the bus on summer mornings and sometimes with my father taking me on Saturday mornings. I'd  plead the proverbial stomach ache and sometimes that would get me out of going. The water was highly chlorinated, pretty cold, and I had to stand on tiptoes to keep my nose above water even in the shallow end. We'd push off from the side and I'd go straight to the bottom and wonder if someone would save me.  There were bleachers overlooking the pool and there'd be the occasional spectators at our lessons, parents I hope, now that I look back on it.

And did I mention that the lessons were in the nude? We were required to strip down in the dressing room, take a shower, and then stand with our backs to the wall next to the pool to begin the lesson.  Over the years I often wondered if that was a national Y policy or unique to our area. About 50 years later a man heard me describing  the lessons and he said the Columbia SC Y had the same policy and he had always wondered if it was unique to that Y.  Any feelings of embarrassment  about the nudity were probably overwhelmed by my fear of the water so I don't think being naked bothered me that much by comparison.  My time at the Y can best be summed up as The Naked and the Dread.

If the Y had had a contraption like the one shown below in this 1930's photo of a bath house in Newark  I might have had a better chance of learning to swim. Maybe. 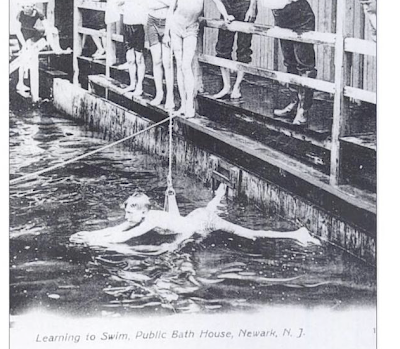 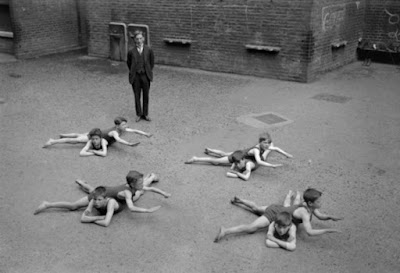 By my teen-aged years I had taught myself to swim under water but not on top. After college graduation I enrolled in adult beginner swimming lessons at the YMCA in Alexandria VA and mastered the basics of swimming a couple of laps, treading water for ten minutes and retrieving something from the bottom of the pool,  but I never felt any love for the water other than the occasional body surfing at Virginia Beach or Myrtle Beach. I've always applauded my primordial ancestors for dragging themselves out of the water onto dry land and have never seen much reason to go back.

The Orange YMCA was founded in 1885 as the Central Branch YMCA and its first home was a small house on Main Street next to the North Orange Baptist Church which was on the south side of Main St facing Park St. . 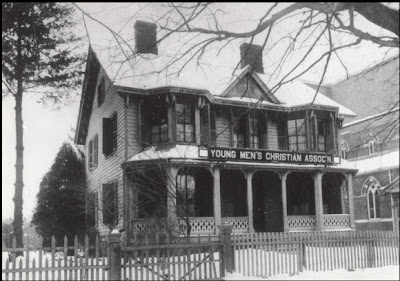 Two years later in 1887 the brick building shown in the drawing and photo below was built next to Grace Episcopal Church diagonally across Main St from the house. 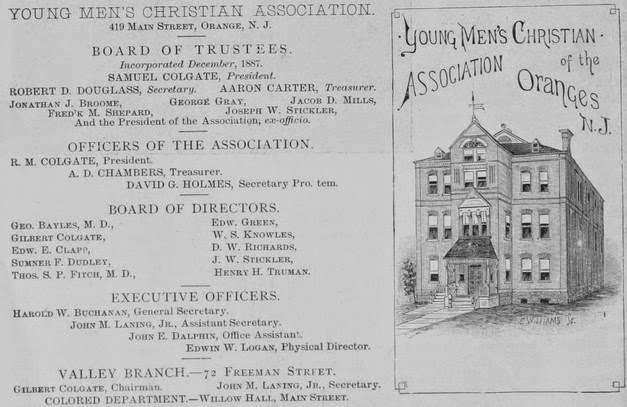 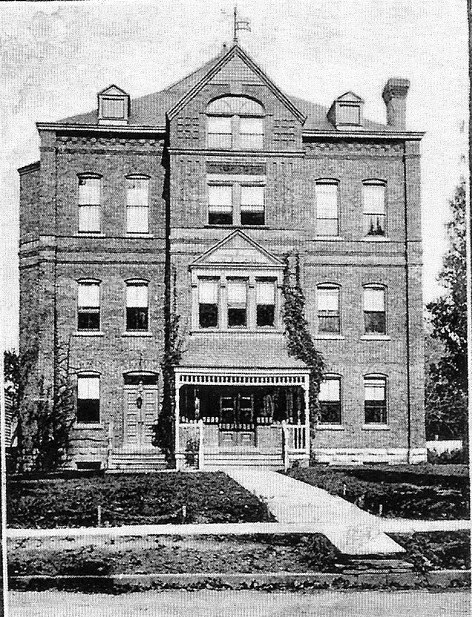 Below: a Sanborn insurance map from 1895 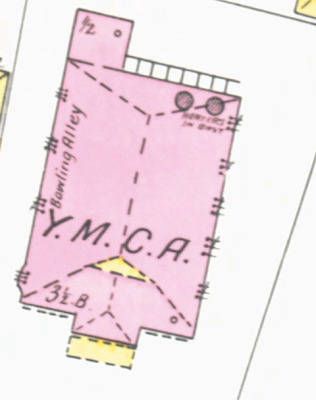 The front portion below was added in 1900. 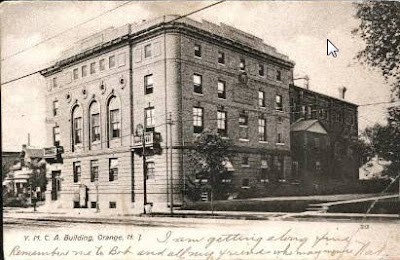 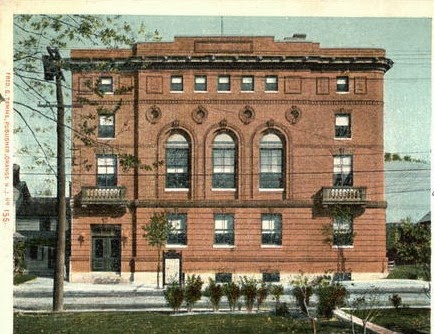 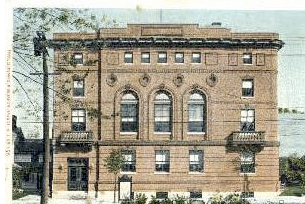 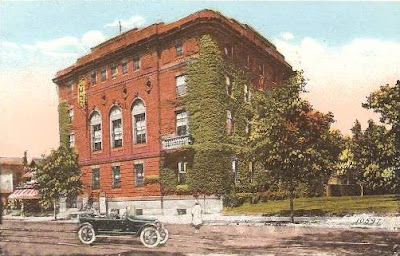 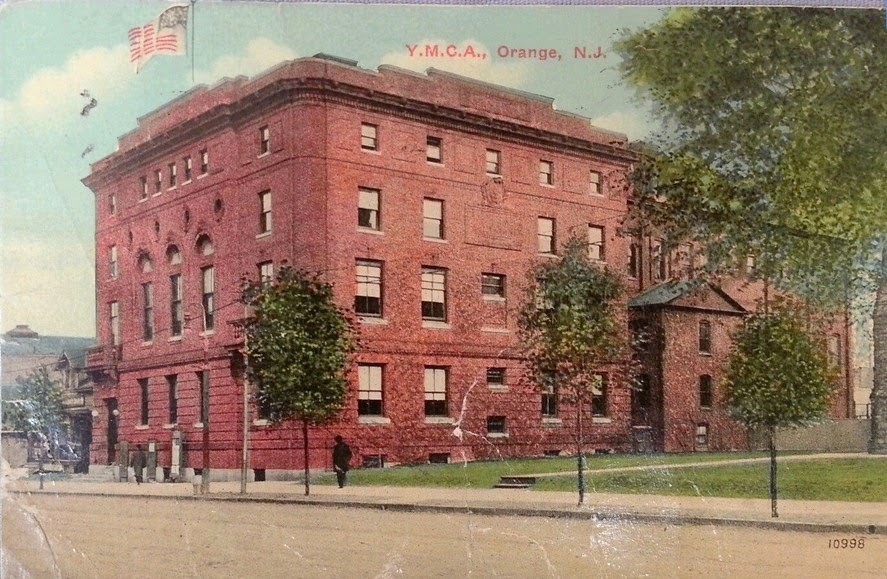 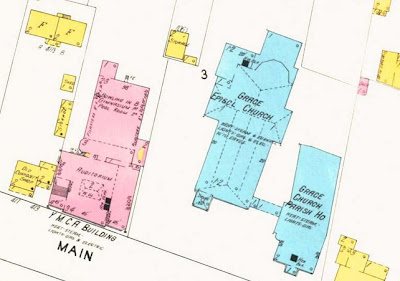 Above: a Sanborn insurance map from 1912 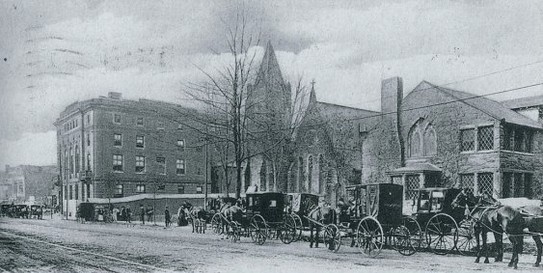 By 1924 ( but started about 1919) the building had been completely renovated and the Metcalf Natatorium* was constructed. 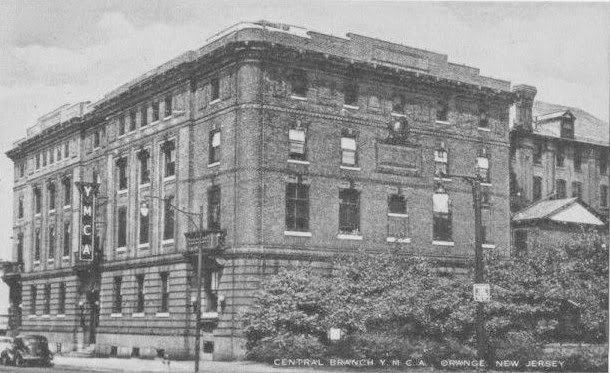 Below: from American Contractor July 1919

* A natatorium is a building dedicated to a swimming pool 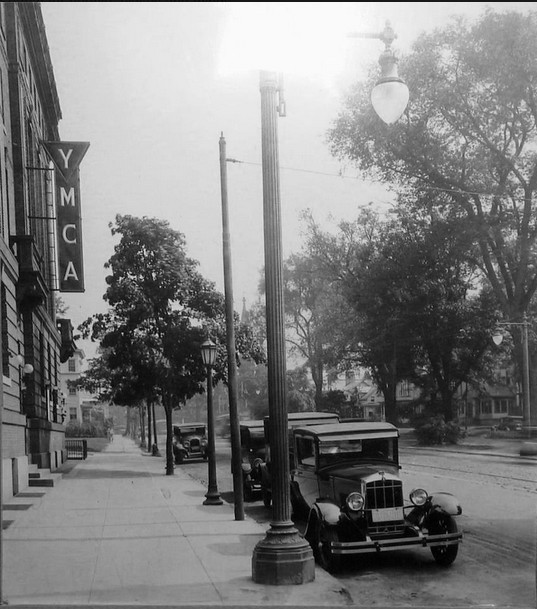 One of the founding members of the YMCA in 1885 was industrialist Samuel Colgate: 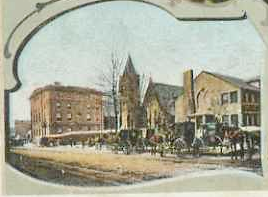 Below: In this early 1960's view looking ENE across Day Street down Main Street in Orange, the YMCA can be seen as the long brown building in the distance on the right 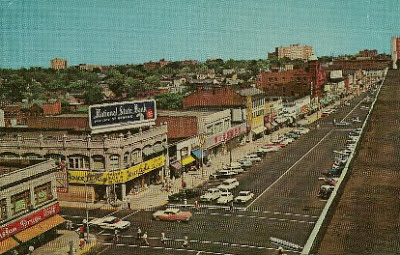 The Orange YMCA on Main Street closed in 1985 and eventually was torn down. 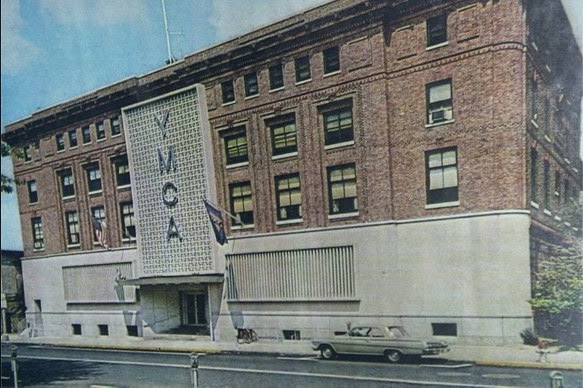 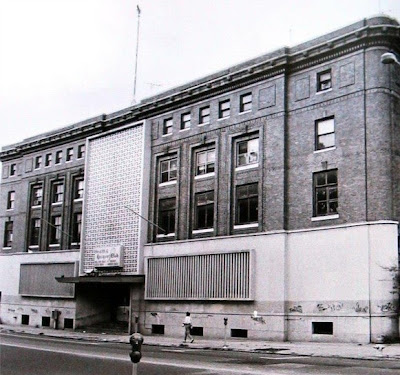