Cora B Parker was a teacher at Stockton for at least 20 years and was my 1st grade teacher during the1953/54 school year. She is on a 1930's teacher list as Miss Burns, a 2nd grade teacher.

Below: Miss Cora Silvara Burns (before her marriage to Mr Parker) in a 1946 class photo; 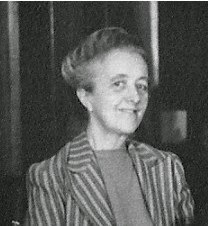 photo courtesy of Barbara Larsen, a student in that class 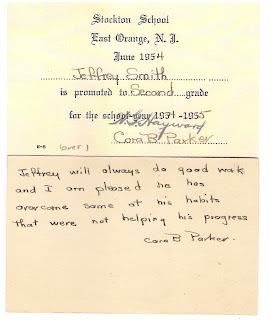 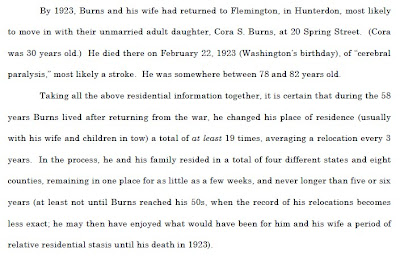 * Mary A Cole was Mary A Cole Henry, a recent widow;
Mary A Cole Burns tombstone at Findagrave
Posted by Jeff S at 8:53 AM