Early Roads in Newark and The Oranges

The area that became Newark and The Oranges was first occupied by Europeans in the late 17th century and the early travel routes were trails that had been used by animals and by Native Americans for thousands of years. The main trails were routes from what we know as the Passaic River to gaps west through the sections of the Watchung Mountain.

In 1705 the people of Newark decided to improve the main trail and create a road called First Road from the spot that is now the intersection of Broad Street and Market Street to what is now the Scotland Road area of Orange. Like the trails before it, the road avoided river crossings and swamps wherever possible so stayed on high ground and was only as straight as easy travel would allow. From downtown Newark the road was called Cranetown Road (now West Market Street). Mr. Crane was an early settler and lived near the southern part of what is now Montclair. Hedden Place in East Orange was part of the original road but that part was later relocated south a few hundred feet to straighten the road. The road jogged south around the low bog land that was where the Garden State Parkway is now between William St and  I-280 in East Orange and the road then took a relatively straight route to Scotland Road.

The area at the intersection of First Road and what was then called Whiskey Lane (later renamed Grove Street) was on the highest ground between Newark and The Mountain and was settled very early. 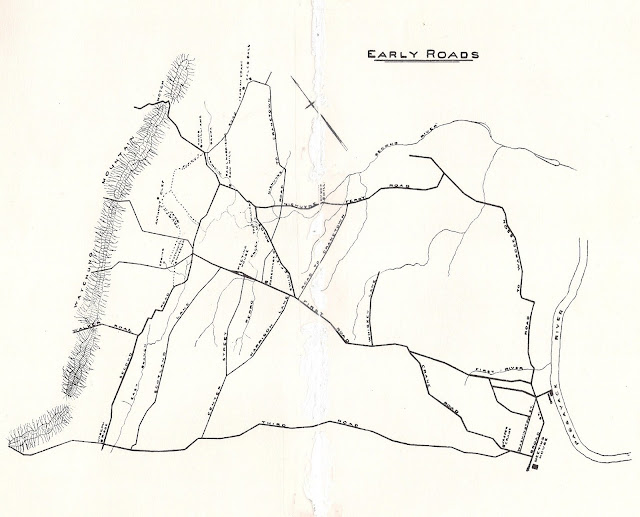 The following paragraphs are from an early history of the Oranges. 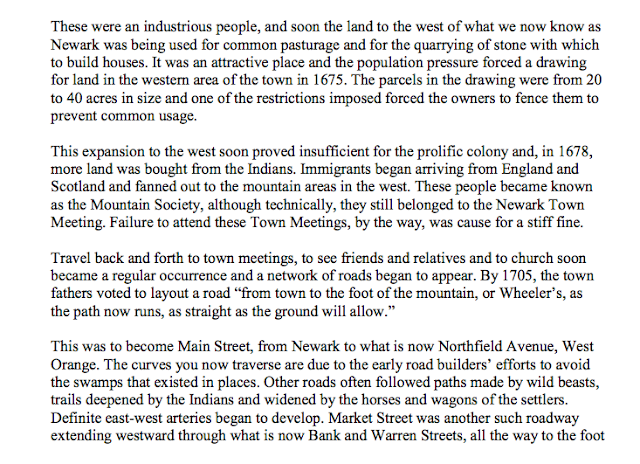 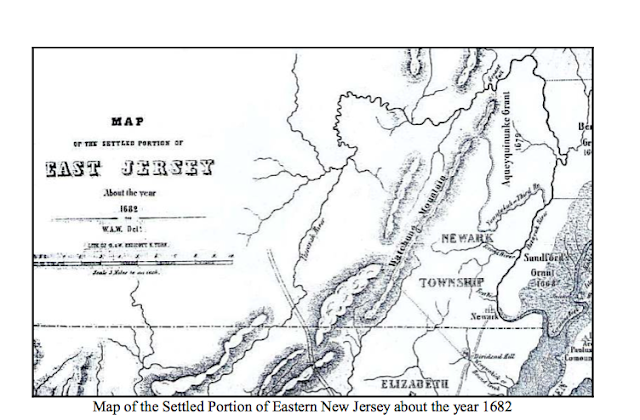