The Hotel Edgemere was a boarding hotel on William Street between Winans Street and North Walnut Street. It was built between 1895 and 1911 and was around the corner from East Orange High School which was on Winans St. In 1895 there was a large frame house shown as a "dwelling" on the 1895 Sanborn insurance map and it appears that the dwelling was expanded and modified to be the hotel that we see on 1911 maps and early 20th century postcard views. 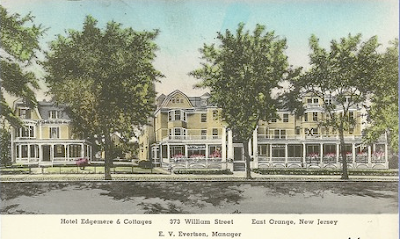 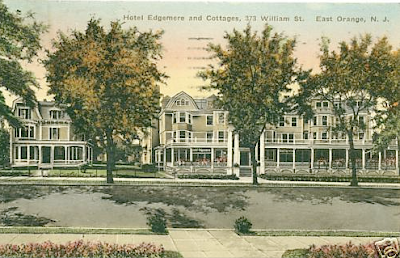 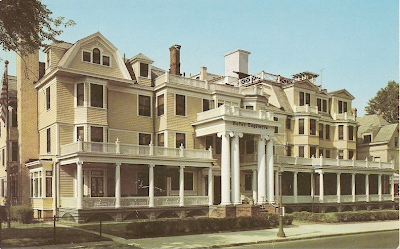 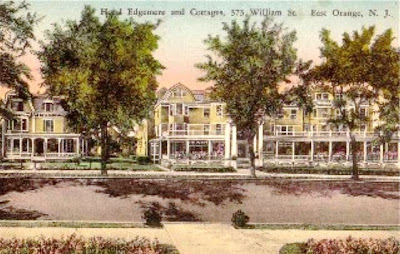 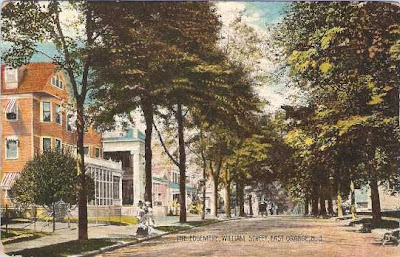 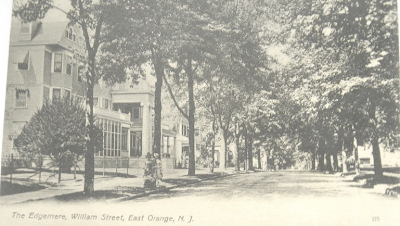 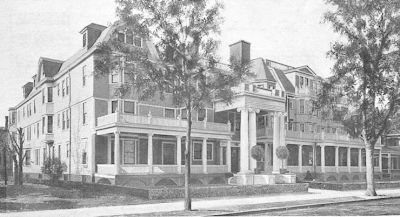 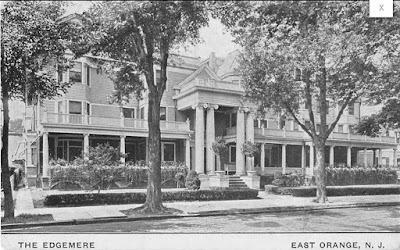 Image below is from a 1911 Sanborn insurance map 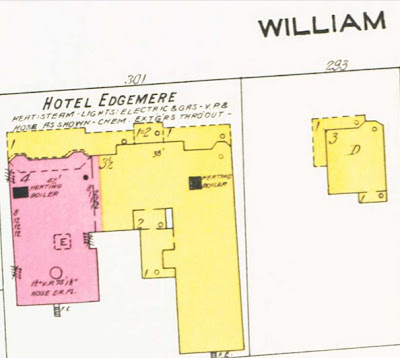 Below: image of the property on an 1895 Sanborn map 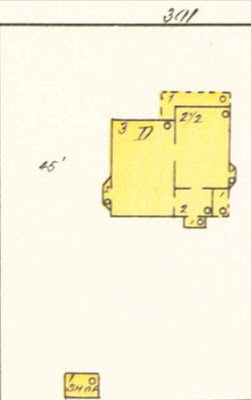