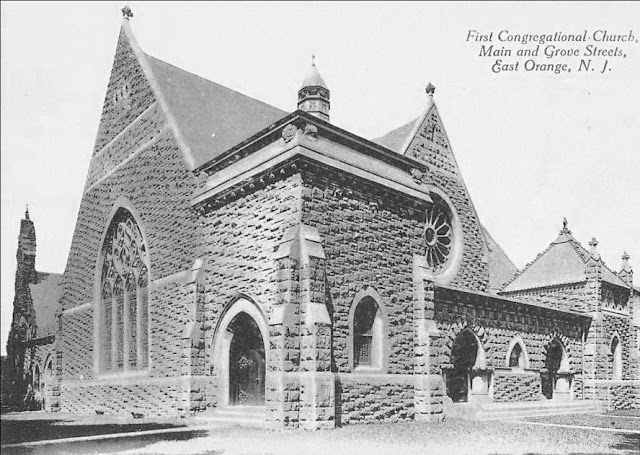 My family attended the Park Avenue Methodist Church at Park and Grove, but the James family, Bob and Marge James and children Barbara and Bobby, our friends and neighbors a few houses up William St from us, once took me with them to Sunday School at the Grove Street Congregational Church in 1952 when I was 5. Shortly after that on December 28, 1952 the Congregational Church burned down one night in a fire so big we could see it from my family's upstairs, rear window on William Street. The church was not rebuilt, but instead a Kings Supermarket was built on the site in about 1955, the first supermarket in the neighborhood. 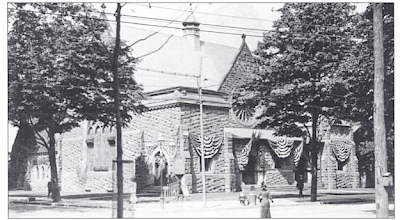 The above photo shows the church in 1913 decorated for the City's 50th anniversary celebration.The church was originally built in 1867 on Grove Street about 100 feet north of the NE corner of Main Street and Grove and is shown there on an 1878 map. With later additions including one in 1888 and an auditorium in 1890, the building is shown taking up the entire NE corner on an 1890 map. 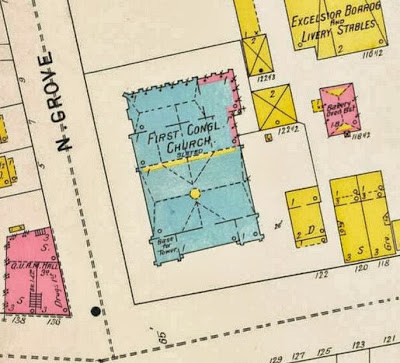 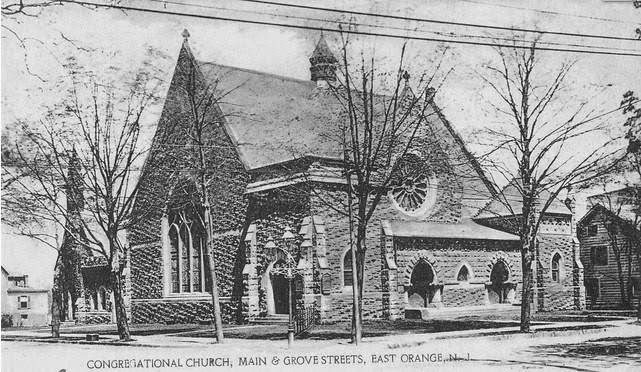 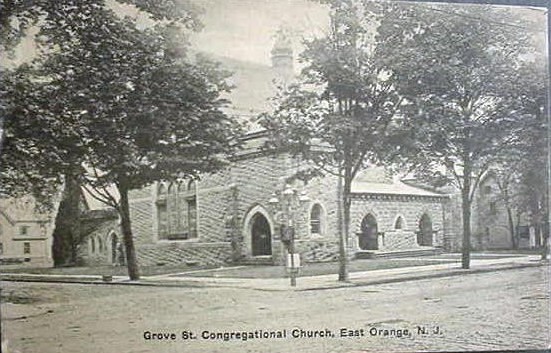 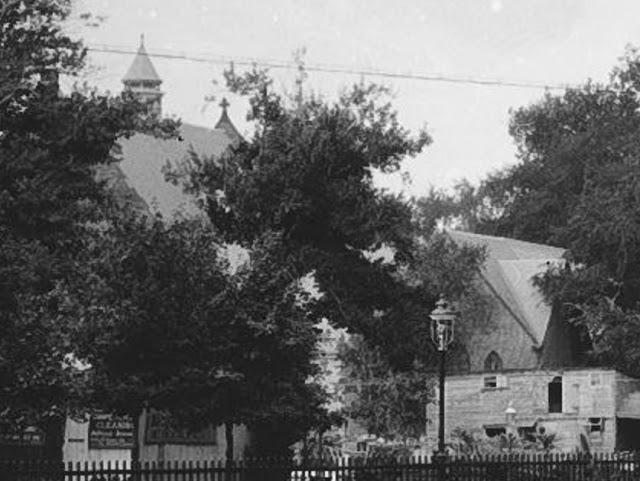