Ashland School, to which the name “The White School House” clung for over half a century, stood originally on a plot in the rear of Brick Presbyterian Church on Prospect Street. In 1870, the school was moved to a piece of land on North Clinton Street, where the new building seen below was dedicated on September 5, 1871. With 10 classrooms and an auditorium, it cost $50,000. 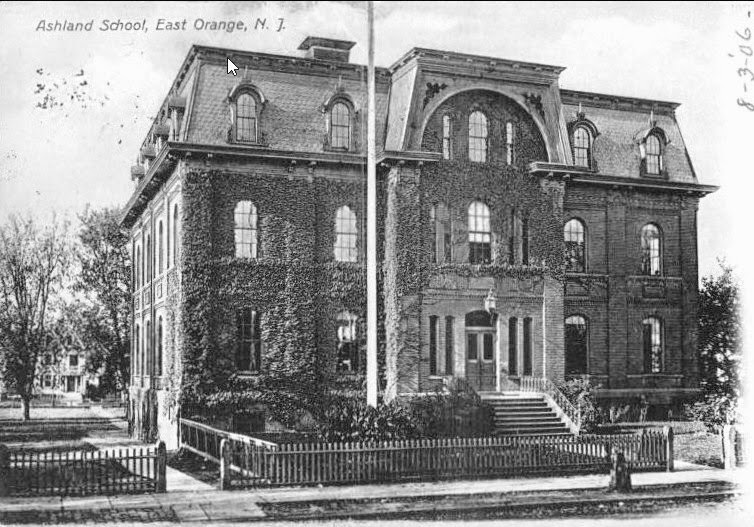 In 1885, four rooms were added, but still the growth of population led to plans for a larger building.

Below: from a 1906 issue of School Journal 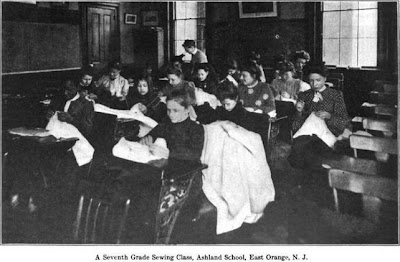 The old school was sold to the Archdiocese in 1906 to become a parochial school, Saint Mary's. 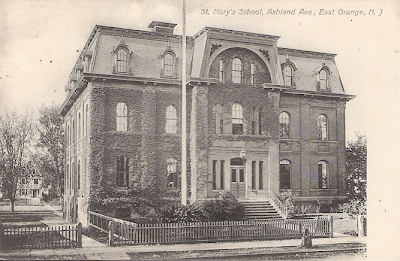 On January 7, 1907, a new building opened on the north side of Park Avenue, near Clinton Street. 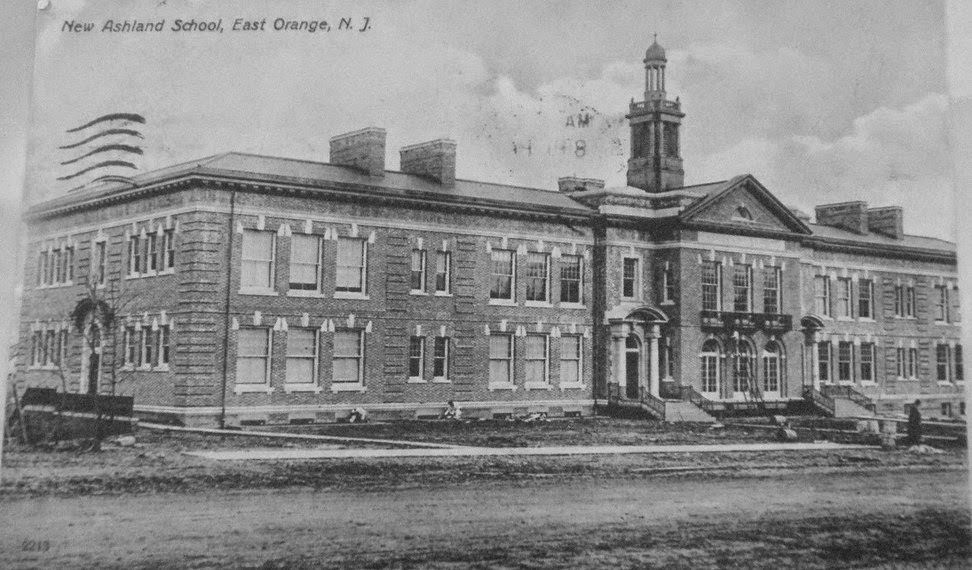 Above: workman are finishing the building, so photo is probably from late in 1906 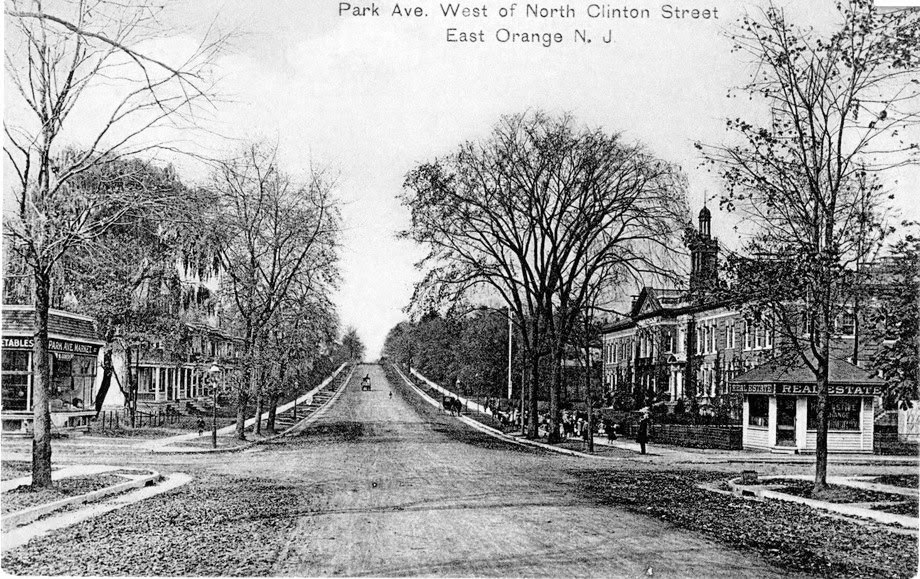 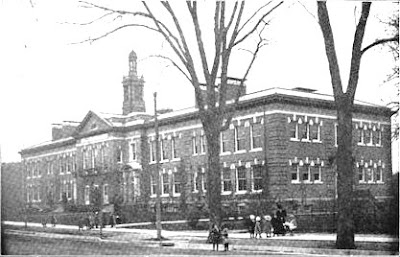 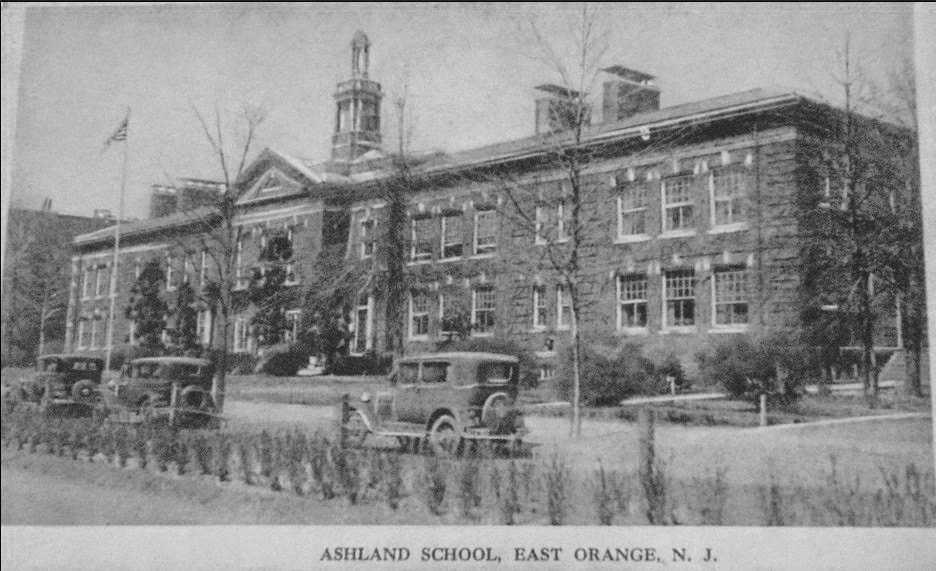 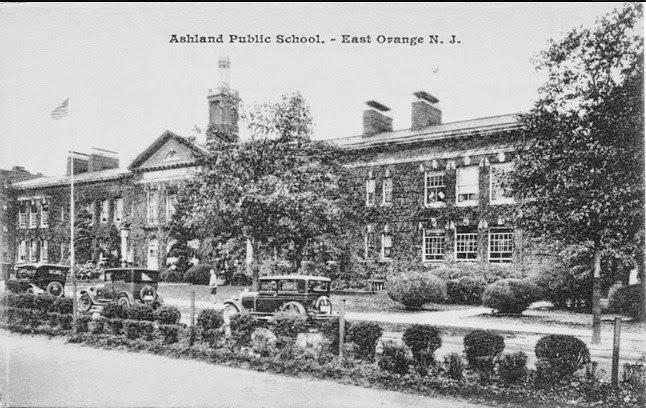 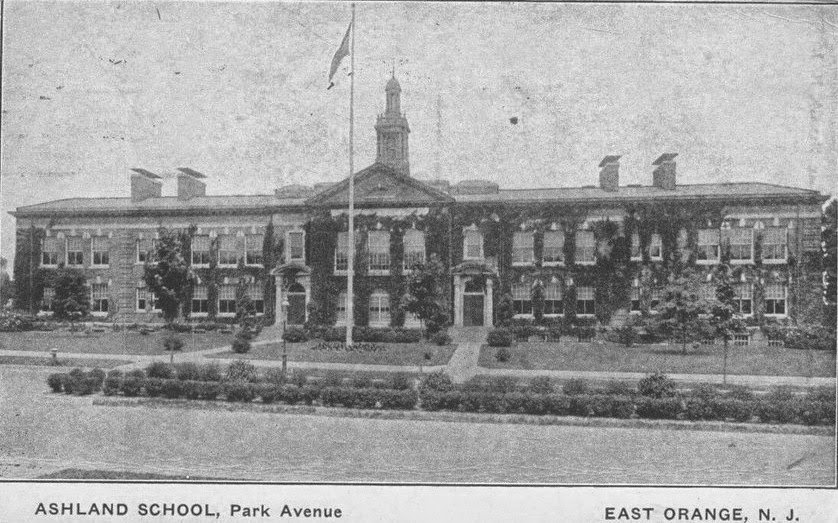 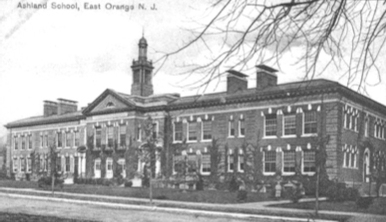 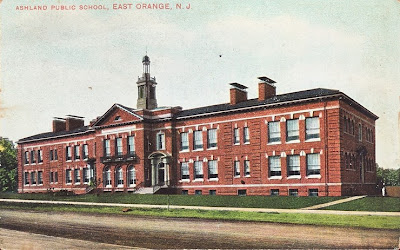 In 1921, an addition to the school was opened, comprising a gym, a locker room, eight classrooms, a faculty room and a medical office. A second addition was opened in September 1957, facing on Lincoln Street, with 10 classrooms, small office and a faculty lounge. In addition, the East Orange Public Library opened a branch right in the old school building, facing on Park Avenue.