Vernon L Davey Junior High School opened in 1930 with William Hemans Smith as its first principal. Mr Smith had been Stockton School's first principal from 1905 to 1908. 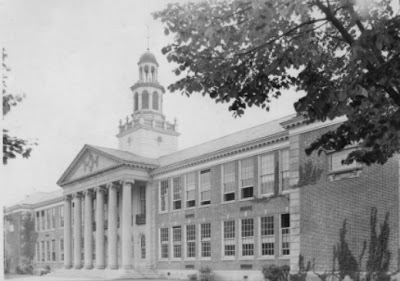 "In 1928, Dr. Clifford J. Scott, then Superintendent of Schools, cited the need for a junior
high school in the southern section of the city because of the overcrowding at the
grammar schools in that area, plus the crowded conditions at East Orange High. In May,
1929, the Board of Education agreed with him and authorized the construction of a
school for the 7th, 8th and 9th grades.

The building, the first new school building in the city since the erection of Washington
School in 1912, was built on a lot bound by Elmwood Avenue, Burnet Street, Rhode
Island Avenue and Eppirt Street. Classes began in September, 1930. It was named for
Vernon L. Davey, former supt. of schools.

In 1954, the school transferred its 9th grade students to elementary schools Elmwood, Nassau, Washington and Lincoln."* 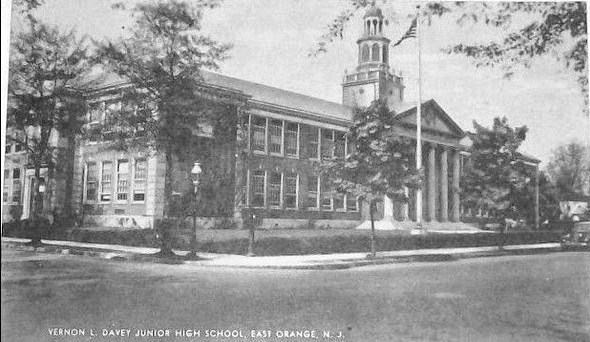