About 1893 the Crocker-Wheeler Electric Company Works was built at the intersection of Springdale Avenue and the Montclair branch of the Lackawanna Railroad in what would soon be called Ampere. A train station had been built there in 1890 anticipating the influx of workers and residents. There were few businesses or houses in the area in 1895 (4th Avenue didn't even exist yet) but development was rapid between 1895 and 1905. 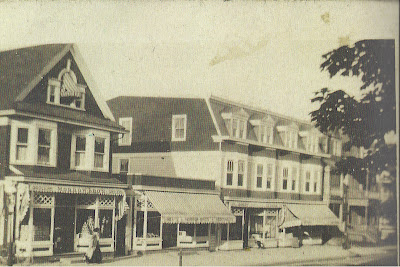 One of the earliest businesses was Morrow's Market and these photos and brief history of the family business are courtesy of Jane Morrow Israel:

"Morrow's Market originated in approximately 1905 by three brothers: William, Christopher and Thomas Sr.  They had come over from Ireland and settled in East Orange after a short stay in Boston and NYC.  The corner of Fourth Ave. and N. 19th St. became known as the "Morrow Colony" and included a dry goods store, a bakery and a meats and grocery store.

William, the oldest brother and boss of the grocery had built a barn with 12 horses and rigs for the purpose of delivering orders.  Thomas, who worked as merchant of the dry goods store, eventually took over the grocery when William died in 1929.  Several customers of the store could no longer pay for their groceries on time because of the stock market crash.  Thomas tried to help them by extending credit.  Ultimately, the family farm of 32 acres in Livingston would have to be sold as a result of the Great Depression.

After Thomas died in 1934 the running of the store fell to Thomas' sons Foster and William (my father).  William passed away in 1959 but by that time Foster had left the store to open a butcher shop in Upper Montclair.  The Fourth Avenue Market continued operation by a renter until it was sold by the Morrow family in 1967."

Below: (L to R) Foster, Thomas Sr., William and Christopher. 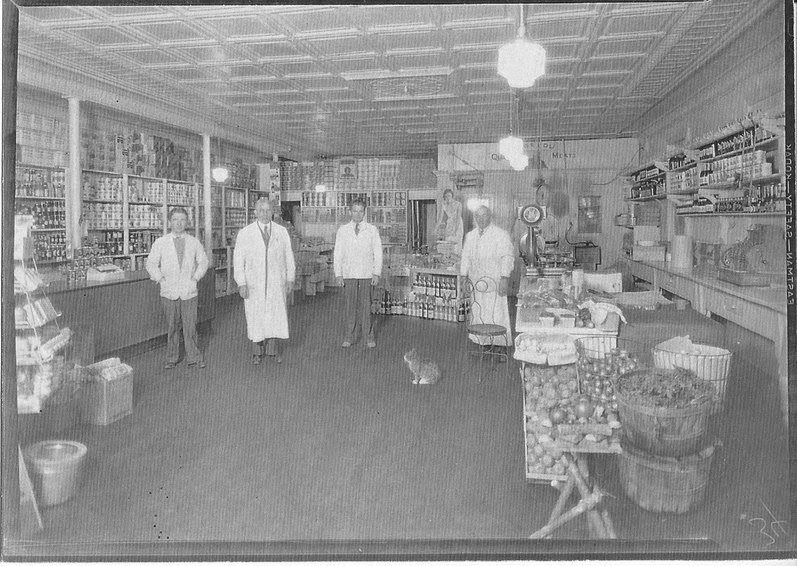 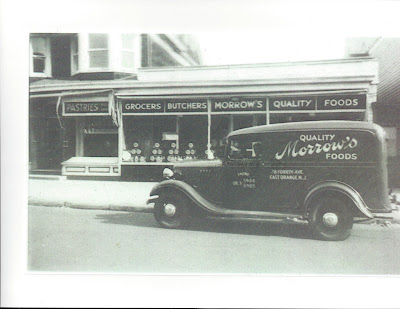 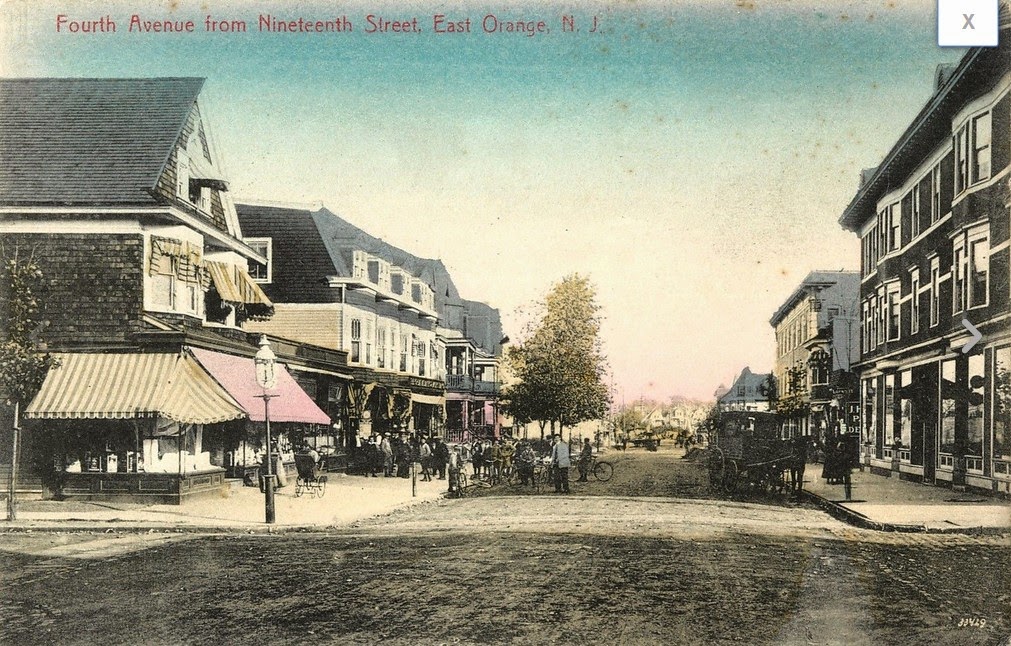 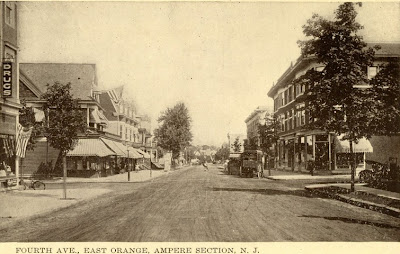 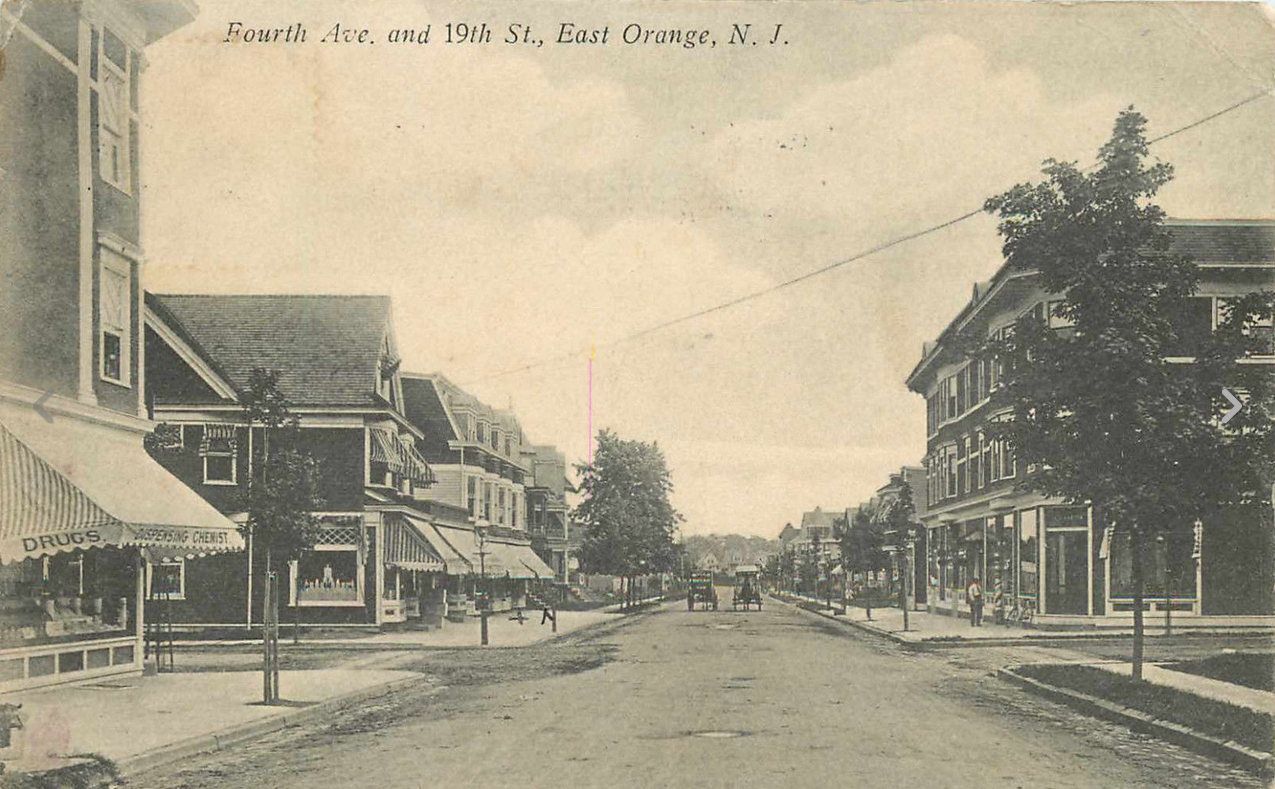 Below: from a 1911 insurance map of the Ampere area showing the Morrow businesses on the left along 4th Avenue. 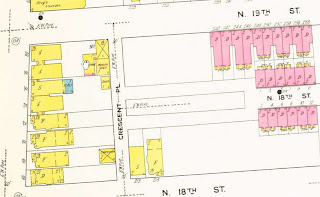 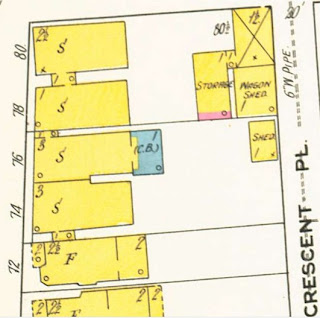