John Thomas Greenan (A.B. Bates 1915, M.A. Columbia 1921) was listed as an instructor of Social Studies at East Orange High School in the 1920's and 1930's;  by 1940 he was head of the social studies department at Clifford J Scott High School and the same year he was appointed principal of both Stockton and Eastern Schools.

Above: photo from 1932 EOHS yearbook where he is pictured as coach of the debate club

He was a prolific writer of education articles and of popular textbooks including Everyday Problems of American Democracy which came out in the 1930's. On one article in the late 1940's he's shown as a coauthor with Miss H. Louise Cottrell who had been vice principal and a teacher at Stockton in the 1930's.  W. (William)  George Hayward followed Mr Greenan as principal.

Above: Mr Greenan in the 1923 East Orange High yearbook pictured as faculty advisor to the boys' debate club

In 1958 Mr Greenan published a book titled Way Down East in Maine telling the story of his wife's family and covering the family's two hundred year history in Maine. That book lists Mr Greenan's birth year as 1889. 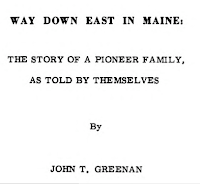 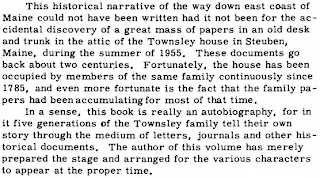 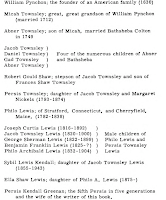 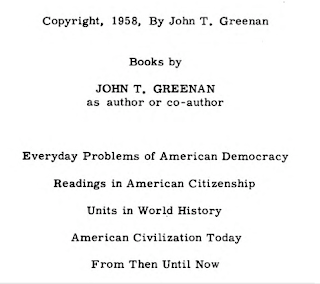