Stockton Neighborhood on a 1904 Map

East Orange population 1900: 21500  Between 1890 and 1904 hundreds of houses were built in the neighborhood, a parkway was built on the lowland between Maple Ave. and Munn Avenue, and a place for the new elementary school was set aside on William St between 19th St and Greenwood Ave. The Orange Athletic Club was in its last years at The Oval, and in 1901, a larger Lackawanna station was built between Grove St and Greenwood Ave. 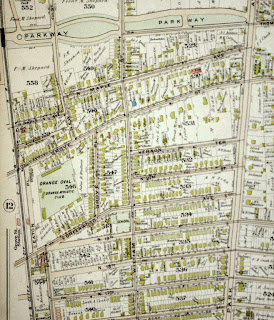 The houses built in the neighborhood were of various Victorian styles on narrow,  deep lots. Some had their own driveways but many shared a driveway or had none. Bay windows were often part of the architecture to catch as much sunlight and ventilation as possible. Our house (built between 1890 and 1895) at 145 William St facing Stockton Place* still had much of its original architectural detail in 1959 but eventually succumbed to the vinyl siding revolution. 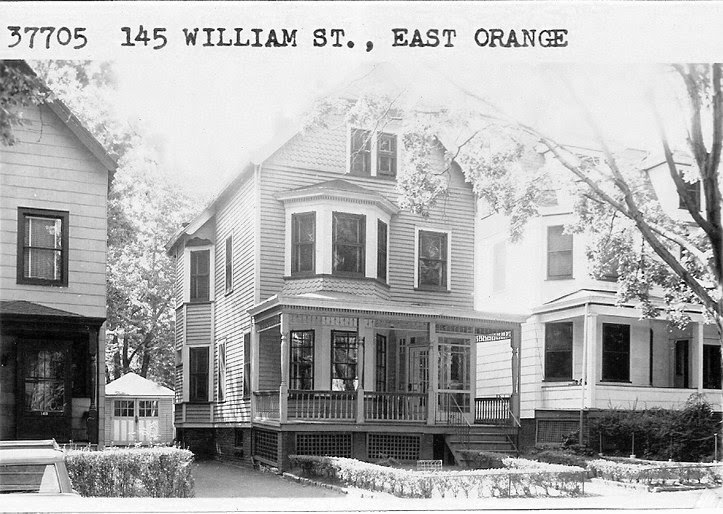 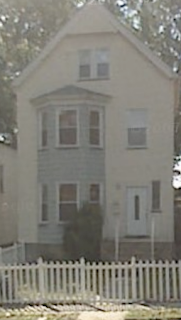