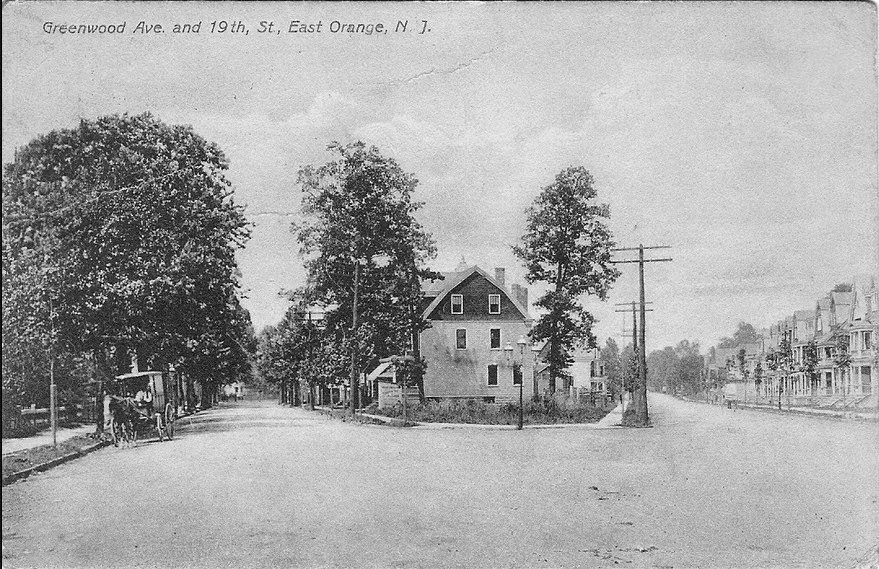 East Orange population in 1910: 34000  Between 1904 and 1911, Stockton School was built (1905), the City bought and improved The Oval Playground (1908), and houses were built on the last vacant lots.  Tall apartment houses would soon be built on major through streets in the neighborhood especially along Grove Street and along William Street and the Hotel East Orange would be built at Grove and New Streets. The Lackawanna would be elevated* in 1921.  The area then stayed fairly stable for thirty years until East Orange was chopped up by the Garden State Parkway and I-280 in the 1950's and 60's. 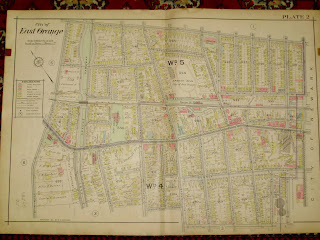 *Public and private interests in East Orange fought the elevation of the railroad, preferring that the railroad be put in a cut (trench) as it was through Newark, but the fight was lost. A similar fight took place during the late 1950's regarding the elevation or depression of I-280.
Posted by Jeff S at 3:13 PM