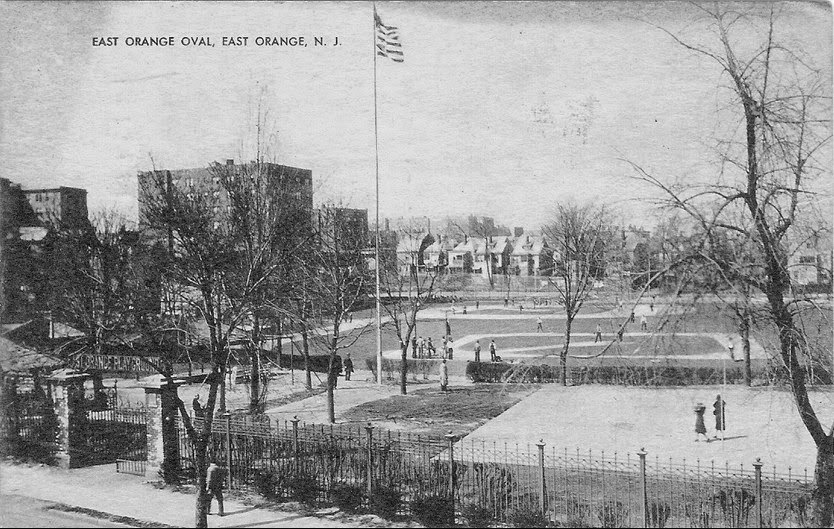 Photo view is looking NNW from the elevated Grove Street Lackawanna station. Part of the Hotel East Orange (corner of Grove Street and New Street) can be seen on the extreme far left. That building (now known as the New Grove Manor Center For Rehabilitation) and the large apartment building to its right in the photo, directly across Grove from it, are still standing in 2013. The other apartment building just to the left of the flagpole (which would have placed it at Grove Place and Grove Street) is no longer there and the massive apartment building that is just to the right of the flagpole in the distance (probably corner of William St and Grove St) is no longer there. There were apartment buildings on three of the four corners at the William/Grove intersection, so it's possible that two are blending together in the photo to appear as one.

The official name of  "The Oval" is above the entrance: "East Orange Playground" and an earlier post has the beginnings of The Oval.

Below: A 1930 photo of former Stockton student Edie Dim and her brother.
The Oval grandstand is behind them: photo courtesy of Mrs. Dim 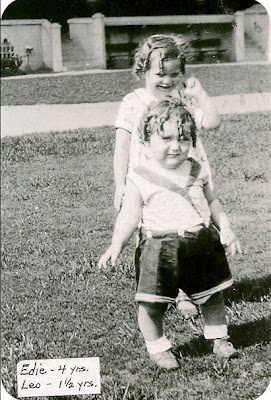 Below: An article about the use of The Oval by Negro Leagues 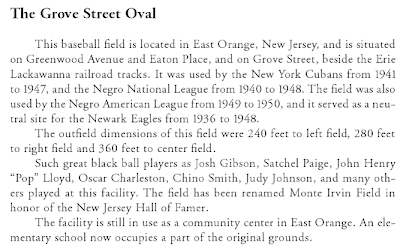 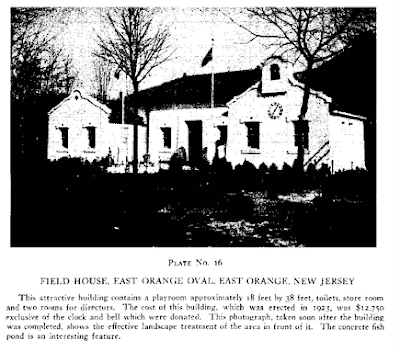 Photo above is from a 1938 book about playgrounds

The outstanding improvement for the year is the new field house at the East Orange Oval the city's oldest playground. The architecture of the building is of Spanish Mission type. It is made of hollow tile and stucco with Spanish tile roof and reinforced concrete floor. There is a clock donated by Wilbur S. Johnson which strikes the hour and half -hour on a 125-pound bell suspended in the little belfry, the gift of the East Orange Baseball Association. The cost of the
building was $12,750 exclusive of clock and bell. across both ends of the play room and a built-in seat along one side with hinged tops and locks. In this room is an upright piano donated by the Griffith Piano Company. There are rooms for women supervisors and the superintendent, with lavatories, toilets and lockers, and lavatories and toilets for girls and boys. In front of the building is an open paved court 10'x26', upon which have been placed two large heavy settees made and
donated by William F. O'Brien. A few feet from this is a concrete fish pond six feet in diameter into which overflows the water from the two drinking fountains. 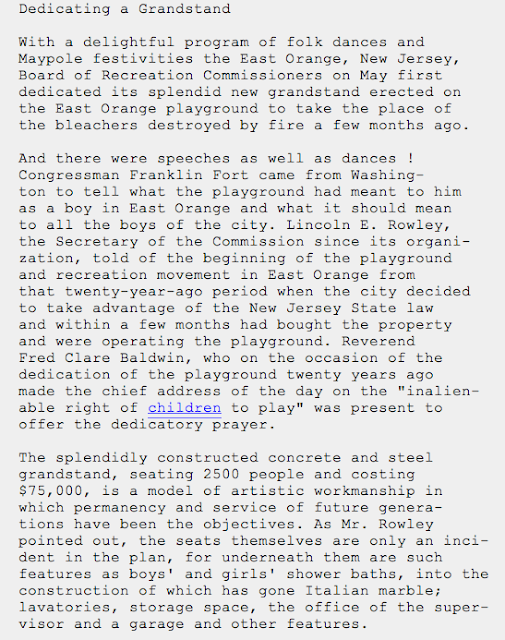 Below: The 1926 grandstand in a circa 1970 photo. This grandstand was torn down in the late 1970's. The Hotel East Orange is in background. 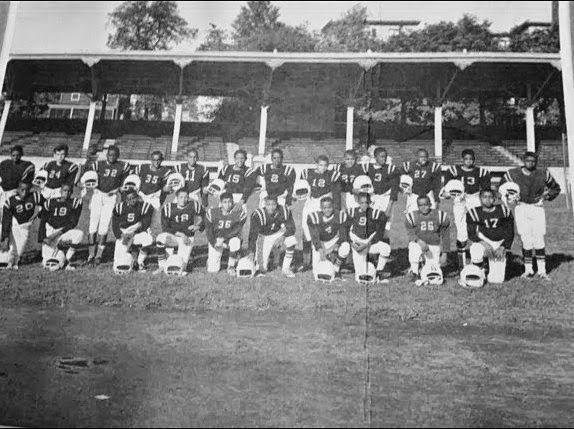