Starting in 5th grade, I took advantage of the free music lessons the school offered. For some reason, probably because some friends had chosen it, I picked the violin. Parents had to buy or rent a musical instrument to get the free lessons and my parents bought me a 3/4 size violin. We got out of class once or twice a week, one of the main incentives to take lessons, and violin class was in an otherwise unused room at Stockton. We quickly realized that, if we asked the right questions, the violin teacher, Mr. Ovid Barton Lewis,* would spend most of the lesson telling us suspenseful stories instead of making us play. And outside of violin class we students tended to debate and obsess about the qualities of different types of bow rosin rather than concern ourselves with the actual playing of the violin. Mr. Lewis created a school orchestra in 1958 and we played for the 1959 8th grade Promotion Ceremony.

"My plastic Emenee was the first [trumpet], followed by the Olds cornet provided by the music program at Stockton School in East Orange, my actual hometown. I outlasted the majority of students throughout the school year and garnered the " best new student" award in the spring. I never lost my love for singing though, and even began writing songs for performance that same year. I was 11."

Another former Stockton student has written that Janis Ian's father Victor Fink was a music teacher at Stockton:

"Janis Ian’s father was a music teacher in East Orange @ Stockton School in the 60′s.
I still have a ‘recorder’ that I bought in his class for 3$ in 1962. I can still play the recorder solo from ‘Wild Thing’ by the Troggs.  Janis used to play guitar over at my friend’s house on Munn Ave."

Another Stockton student has written  "In Stockton in the 60's there was Mr. Fink who [in addition to being a music teacher] was also my seventh grade homeroom teacher. I was in Mr Fink's class in the 61-62 year and his class was the first room on the right when you entered from No.19th Street across from the nurse's office." 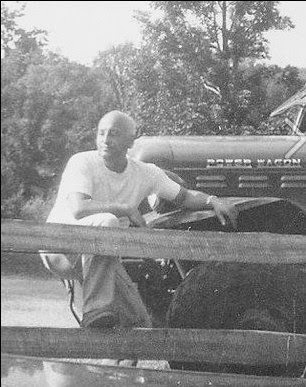